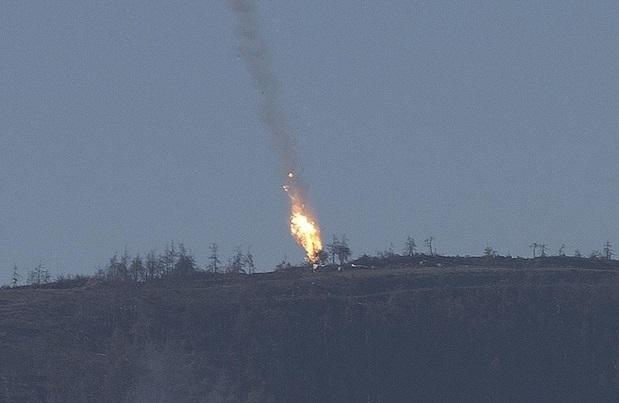 At a time when the Russian Federation and Turkey are embroiled in a row that threatens to become a full-scale conflict, Marxist organisations of the two countries committed to proletarian internationalism have issued a joint declaration that reiterates the importance of fraternity between their two nations.

The downing of the Russian warplane by the Turkish air force has signalled the threat of an outright regional or even world war with devastating consequences for humanity. This is one episode of the torment to which Syria has been subjected as a result of the intervention of imperialism and the trio Saudi Arabia-Qatar-Turkey pushing their Sunni sectarian agenda. Our parties are resolutely against the further escalation of the tension between the Russian Federation and Turkey and condemn the policies that have led to this delicate situation that threatens a war of catastrophic dimensions.

In immediate terms, the downing of the Russian jet is the logical consequence of Turkey’s Syrian strategy, which is based on a blatant support in the form of weaponry, money, oil trafficking, logistics, safe passage for combatants etc. to Sunni extremist and terrorist groups including ISIS (or ISIL), in collusion with the reactionary Saudi and Qatari regimes. It is clear to the whole world that the purpose of the AKP government is to obtain a hegemonic position in a newly shaped Syria for its broader purpose of grabbing a share of Middle Eastern oil and gas.

In a broader perspective, the imperialist West, Russia and the regional trio (Turkey, Saudi Arabia and Qatar) are all intervening in the Syrian civil war with a view to increase their own clout in this unfortunate country.

We call on the peoples of the Russian Federation and Turkey to reject the poisonous atmosphere fanned by both states and the bourgeois media in both countries which pits the peoples against each other, laying the ground for deeper hostilities in the future with dire consequences for the region. We call on the peoples of the whole region of the Middle East and North Africa and, first and foremost, the forces of the working class and all internationalists, to unite in their struggle against all forms of reaction and to take matters into their own hands. There is no short cut alternative: the people have to get organised and fight the reactionary intervention of imperialism and regional reaction in order to create a Syria in the image of a just society according to the aspirations of the Arab masses in the early stages of the Arab revolution.

In opposition to the rulers of both countries, as revolutionary Marxist parties of Russia and Turkey, we stand shoulder to shoulder in the firm belief that it is we who represent our common future of the unity of all peoples.

We demand:  to reject any provocation actions both from Russia and from Turkey leading to tension escalation.

Long live the fraternity of the Russian and Turkish working peoples!

Executive Committee of the Russian Party of Communists (RPK), Russia

The Council of the Association of Marxist Units (AMO) St.Petersburg Regional Department, Russia