Initial statement by DIP on the referendum in Turkey: Despotism has lost! It is time for the working masses to say NO to the bourgeoisie and imperialism! 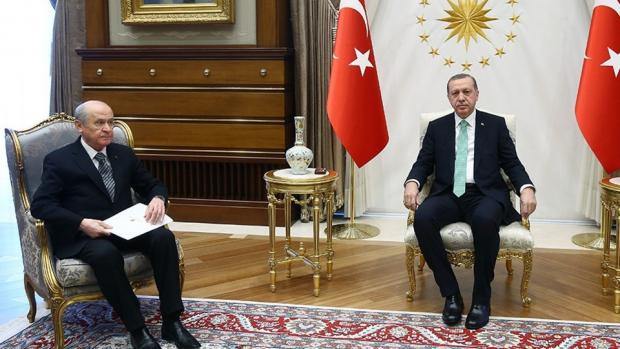 The results of the referendum have not become definitive and will in all probability be debated for at least days to come. The extremely controversial decisions of the High Electoral Commission have cast a long shadow on the referendum, in addition to the manner in which the propaganda was carried on before the voting day, with public money and television channels being used in favour of the “Yes” camp in unfettered manner and with Erdoğan acting already as a partisan president, which is what is supposed to be voted on in this referendum, while the “No” campaign was attacked both by the forces of the state and thugs close to the AKP and the fascist party MHP. And despite all of this, the working masses have shown that they will not accept the despotism that is being imposed on Turkey. At least 24 million people have refused the new system.

The loss is clear in many areas. Change has come to Turkey initially through the big cities in the last half century. Ecevit’s landslide in the 1970s started in the three big cities to then reach out to the backwaters of the provinces. Erdoğan himself rode to power after winning Istanbul and Ankara as far back as 1994, almost a quarter of a century ago. In this referendum, big cities, including the AKP strongholds of Ankara and Istanbul, simply refused to give their consent to the change in the constitution.

The despotism front may have gained legally, but they have lost politically. The last time that the people of Turkey went to the polls, the AKP received 49.5 per cent of the vote, while its current ally, MHP, obtained 12 per cent. Their combined plea for the constitutional change that was voted garnered a mere 51 per cent, which obviously implies a loss of fully 10 percentage points!

MHP has suffered a terrible blow. Its leader Bahçeli has arrived at the end of the road. Together with the loss of his only ally and faced with growing restlessness in his own party, Erdoğan is also faced with the pressure of TUSİAD, the main organ of the pro-Western/secular wing of the bourgeoisie, which published a kind of warning to him at the closing of the polls, before the results were known, demanding an end to the state of emergency, independence of the judiciary, freedom of expression, as well as “reforms in the labour market” and alignment with the policies of NATO. He is also under the pressure of the US, which is keeping the Iranian magnate Reza Zarrab, king of corruption in alliance with many former ministers, as hostage to push him in directions the US wants.

The working class of Turkey, as well as the large labouring masses, are faced with the threat of loss of many positions, rights and gains acquired in the past. The AKP also promises the people of Turkey internal strife, even civil war. The Erdoğan administration is sending the sons of workers and peasants to die in wars that promise nothing to the labouring masses. To the reality of wars in the Middle East, the AKP adds the rise of tension with both of its Western neighbours, Greece and Bulgaria.

Let us not bow before either the AKP or TUSİAD. Let us not let the US enjoy a free hand in Turkey simply because Erdoğan is threatened by a hostage. Whichever way they voted in the referendum, the workers and toilers of Turkey need to come together and say NO to fratricide, NO to despotism, NO to exploitation, and NO to imperialism!

DIP will continue fighting despotism, exploitation and imperialism after, as well as before, the referendum. It will seek to position itself with ever deeper roots in the working class. And in this endeavour it will reach out to its comrades, its sister parties, all genuine revolutionary Marxists and all forces that fight imperialist capitalism. It will seek internationalist solidarity not to receive help, but to extend and receive solidarity against the Trumps and the Erdoğans and the Le Pens and the Orbans and the Dutertes and the Modis of this world!