Podemos: The People’s Hopes and Adaptation to the Regime 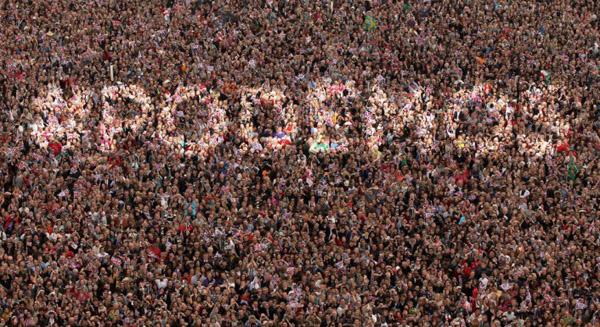 Since the victory of Syriza in the general elections in Greece on 25 January, all eyes have turned to Spain in expectation of a “contagion”. The fact that Spain will go to the polls for general elections at the end of this year brigns this prospect even more alive. The elections to the regional parliament of Andalusia, the largest autonomous region of Spain by population, this past Sunday 23 March was the first test for Podemos, the new movement in Spain aspiring to become the Syriza of that country. We are publishing here an initial assessment of Podemos, written before the Andalusian elections by a revolutionary Marxist living and working in Barcelona [RedMed].

The lack of centralization and of political goals broke up the “los indignados” (the indignant) movement, which had occupied the squares of Spain in the spring of 2011. In the autumn of that year, the electoral victory of the right wing “Partido Popular” (Popular Party) demoralized the less active participants of the movement. The general strikes of 2012 and the powerful struggle movements of public sector workers rekindled the fighting spirit. An enormous state repression (whose culmination has been the recent reform of the Penal Code) followed the formation of the new government. Today, the grassroots movement has hit the lowest point since the beginning of the crisis.

The European elections of May 2014 changed the whole political situation. The right-wing and the social democrats collapsed. “Izquierda Unida” (United Left) tripled its votes and “Podemos”(We Can) , which was aspiring to represent the anger and the protest against the political regime, obtained more than 1.200.000 votes (nearly 8 percent). Since then, surveys have been predicting a big rise of the new party, including the possibility of an electoral victory over the PP and the PSOE in this year’s legislative elections.

The Birth of Podemos and its Adaptation to the System

The impact Podemos has made is based on the popularity of its young leaders and, above all, of Pablo Iglesias. The party was created by a group of university professors from Madrid, bound together during the years spent in political movements and left-wing parties. They have acted as consultants to Latin American governments and have spread their ideas using these governments’ media. Their participation in TV debate programs and their activity on social networks multiplied their audience. Thousands of people have become interested in the new party and have formed community and sector “circles”. Now, they have more than 300.000 members.

The policy of Podemos has been described as populist and its leaders have embraced that characterization. From their point of view, the Spanish political system has two main sicknesses: the absence of popular democracy and the crystallization since the political transition, of a parasitic caste, mainly in the person of the political personnel of the PP and the PSOE. Democracy and the life of the citizens have been suffocated by an oligarchic and predatory political regime, slave to a blind capitalism and the dictates of the bureaucracy of the EU and the Troika.

The social and political opposition should change its discourse: the people, regardless of its social class or ideology, is the agency of change. The axis of political identity consists of being part of “those below” or “those above”, not of the left or the right. People’s unity should be built on the basis of “common sense” (demands which people are sensitive about) which would express this hostility. Unlike right-wing populisms, Podemos does not address society as a whole and does not claim to represent the nation. It only claims to represent the “people” against the power. The charismatic leadership is uniting itself with a popular patriotism of the republican and democratic tradition.

All efforts are being directed to taking power: references to recent struggles do exist, but they are used only in order to capture this force and condense it for their desire to take power. There are no calls to extend the struggle and to make every single member of Podemos an organizer of this struggle. This attitude is coherent with a passive militancy (to cite an example: in the primaries of the regional elections in Andalusia, less than 30 percent of party members voted) and the control of the party structure by the leading core from Madrid and their regional followers. The focus on legislative elections has reached a point where even presenting their own candidates in the local elections of this spring has been rejected. The leadership is afraid to lose the control of the organization and that forming local governments might become an obstacle for the objective of winning the elections this autumn.

The constant allusions to the political “caste” have not stopped Iglesias from meeting secretly with Rodriguez Zapatero, prime minister between 2004 and 2011, and with José Bono, former defense minister and a prominent figure of the PSOE’s right wing. Thus, Pablo Iglesias has made his debut in “high politics” (i.e. bourgeois politics) before forming the government.

Along with the increase in popularity, programmatic moderation has advanced. In the party’s initial manifesto, a moratorium and an audit of the debt were mentioned, as well as partial nationalization of big energy companies, re-expropriation of privatized companies, prohibition of layoffs for profit-making companies, elimination of temporary employment agencies, putting a halt to evictions and payments on account. Five months later, in the platform for the European elections, the reference to the moratorium was gone and replaced by the creation of a public bank and a universal basic income. A few weeks ago, the basis of the party’s economic program was introduced. Now they are championing the restructuring of the debt, reformation of the banking sector and the establishment of “best practices”, the regulation of the privatized health and education services. There is a clear adaptation to the possibility of a transformation within the current framework of Spanish capitalism and the European Union.

New Situation in the Reformist Left

Many months before the European elections, ”Izquierda Unida” had tried in vain to increase its forces by attracting different social activist platforms. This organization was anticipating that the crisis of the PSOE and social mobilization would increase its votes significantly. In the European elections, it reached 10 percent but this result did not live up to their expectations. The votes that went to Podemos limited their growth potential. At this moment there is an enormous amount of pressure on them. While a section of the organization is expecting a resistance against the surge of Podemos, another section is overtly advocating a total convergence, in spite of the differences. Although the program of this coalition, dominated by the Communist Party, is to the left of Podemos in many aspects, IU has compromised itself in the administration of the system, has governed together with the PSOE in local government entities and autonomous regions and has not been immune to the serious corruption scandals that have bewitched the two big parties.

In Catalonia, the situation is different. The organization linked to the IU and its allies have succeeded in forming a coalition for the local elections in Barcelona -and these are going to take place in many other Catalan cities- by integrating different left-wing platforms and Podemos. A while back they had made a call to build a “Catalan Syriza”; they have now achieved it. That way, ICV-EUiA managed to neutralize the negative effects of the pressure of nationalists of the center left from its right and of the CUP (pro-independence left) from its left .

Thus, the emergence of Podemos and the expectations thus raised are the most significant phenomenon, albeit not the only one, regarding the change in the reformist left. The birth of Podemos is destabilizing the panorama of the left and of militant forces. The ongoing convergences might create a shift to the left in many territories.

The first test of Podemos will be in March, when the regional elections of the country’s region with the highest population, Andalusia, will be held. In May, the local and regional elections in all municipalities and most of the regions will serve to measure the strength of Podemos and the various unitary candidates of the reformist left. A heavy defeat of the right-wing and the PSOE might trigger social struggles and redefine the contours of the left. In the case of a victory of the left in major cities and regions, the pressure on them to confront the basic problems of the workers and the popular strata will lead to a qualitative leap forward in politicization. The Marxist left must be actively present in the entire process by discussing with thousands of workers and young people who have had their hopes raised with the emergence of Podemos and must create a pole of class independence which would earnestly set out a program of rupture, a socialist and popular alternative. Entrance of the workers to the political scene as an organized and independent force, with their own program, is essential for the beginning of the process of a real challenge to a broken political system. Now is the time.