About the tragedy of the peoples of Ukraine and Russia and their socialist tomorrow! 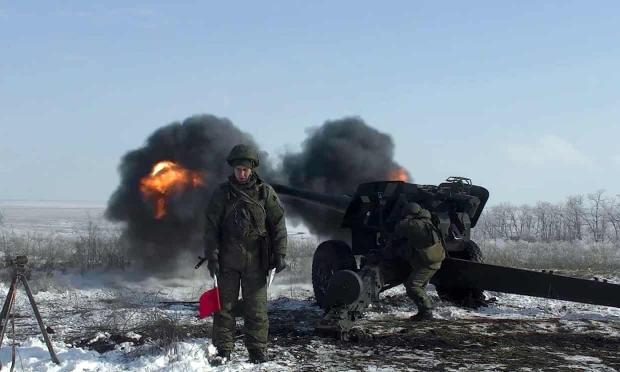 What is currently happening in Ukraine is a common tragedy of the peoples of Ukraine and Russia, of all the peoples of the former Soviet socialist republics, who jointly built a fair society free from exploitation, a new future communist world. This tragedy is a direct consequence of the treacherous and criminal destruction of the Soviet Union, the blame for which lies with the President of the USSR, General Secretary of the CPSU Mikhail S. Gorbachev, President of the RSFSR, member of the Central Committee of the CPSU Boris N. Yeltsin, President of the Ukrainian SSR, member of the Central Committee of the CPSU L. M. Kravchuk, Chairman of the Supreme Council of the Republic of Belarus, Stanislav S. Shushkevich. These people and their direct and indirect accomplices are state criminals who have betrayed not only their socialist Homeland and the Soviet people, but also their own party. Responsibility for the subsequent anti-Sovietization, Nazification and militarization of Ukraine, as well as other former Soviet republics, also directly or indirectly lies with them, in general, with the Russian and Ukrainian "elites", with the "elites" of other former Soviet republics, including businessmen, government and political figures, cultural figures, and political leaders who were members of communist, socialist and social democratic parties. The long-term role of Western "elites" in the collapse of the USSR cannot be ignored.

The forced entry of Russian troops into Ukraine is the result of a long-term special operation by the United States and NATO, the purpose of which is to create such a situation in Ukraine and other post-Soviet countries when Putin will have only one choice: either to do what he did, or to be defeated, with all the consequences that follow for Russia. In any case, the West, according to the estimations of those who prepared and carried out this operation, remains the winner. Moreover, the first option is even more advantageous in certain respects: Russia becomes an aggressor in the eyes of so-called public opinion, including the left, which can and should be compared with Nazi Germany, and Putin with Hitler; its economy can and even must be destroyed, worsening the lives of Russian citizens "legally", according to international law, the principles of "democratic values" and "humanism", while extracting profit, including on its own citizens. At the same time subjecting their own democratic freedoms and institutions to "correction" in an anti-democratic direction.

By pushing the European Union into opposing Russia, the United States is greatly weakening its European competitors, strengthening and aggravating its own economic and political dictatorship.

Neutral countries (Sweden, Finland, even Austria and Switzerland) are being pushed into NATO.

Bulgarians, Romanians, and other former citizens of socialist states and the USSR: Latvians, Lithuanians and Estonians are being prepared to use in military operations against Russia and not only in Ukraine.

A special responsibility for what is happening lies with the German Social Democrats, who, like a hundred years ago, have now reopened the road to fascism and world War II.

If Russia's special operation ends in failure, it will be a disaster for Russia. At best, after the well-known events similar to the Ukrainian ones of 2014, the Belarusian ones of last year, etc., a "democratic regime" will be established in Russia, which will very soon ban all communist and even pseudo-communist parties, since communism is in principle incompatible with Western democracy. Then, or even immediately, there will be a long-planned and planned dismemberment of the country according to the Yugoslav version. The fragments of the country will be subordinated and in the long term they will be absorbed into the European Union to the Urals. Some Japanese-American "Far Eastern Republic" will be formed beyond the Urals.

The West does not need any Russia — neither monarchical, nor capitalist, nor even more so communist. In principle.

Certainly supporting the recognition of the DPR and LPR, the demilitarization and denazification of Ukraine, we are convinced that the complete and irreversible denazification and demilitarization of Ukraine is impossible without another, even more important and historically fateful special operation in Russia, which should include, first of all, the rejection of anti-Sovietism and anti-communism in all areas of domestic and foreign policy of the state, from extremely dangerous attempts to flirt with monarchism, neoliberalism, domestic Vlasov, Black Hundreds, by radical Russian nationalists, anti-Soviets and anti-communists.

It must also necessarily consist in the development and step-by-step implementation of a realistic and comprehensive program of cardinal reforms with the aim of transforming Russia into a truly social state and forming all the necessary and sufficient political, economic, ideological and cultural prerequisites for the restoration of Soviet socialism and the USSR in the future.