We condemn the massacre at mosques in New Zealand! We grind our axe against the putrefied system that creates massacres, against fascism and racism! 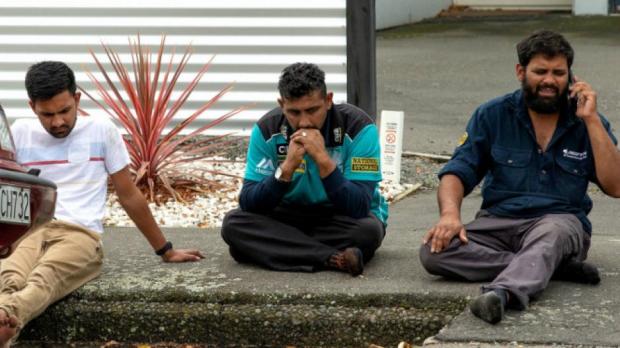 The barbarism which the capitalist system in decay has dragged the world in has risen in New Zealand with a brutal massacre. We condemn the massacre in which 49 people have already lost their lives and many were injured with our strongest emotions. In contrast to the crocodile tears shed by the imperialist leaders sitting on top of the rotten system which creates massacres, the pain we feel cements our resolve in struggling for the fraternity of peoples as much as it fuels our anger towards fascism and racism.

The person who entered two mosques and massacred the Muslims who were praying in the city of Christchurch was not only armed with automatic guns but also with a racist brain and a degenerate personality. This person who published the massacre in the social media left behind a manifesto of 87 pages spilling out hatred towards Muslims and immigrants. As always the attacker’s mental health is being discussed, but what is really worth noting is that the thoughts that provide motivation for this criminal are not much different from what is said during the election meetings and what is written in the propaganda brochures of the fascist movement that is gaining more influence on the Western world by the day.

We see that the act of Breivik, who attacked a youth camp in Norway in 2011, was not an act of individual insanity as a result of the rise and popularization of fascism in Scandinavia and Europe from that day to this. We witnessed how the so-called center parties of the system have aided and abetted this rise and how the so-called Western values became nothing compared to the fear and hatred of the imperialist bourgeoisie towards oppressed peoples and immigrants. We also know that this massacre is not at all just a tragedy that has happened in a town of New Zealand and it won’t stay that way.

Of course, the virtue that the peoples of the world keep alive in struggles, resistances, insurgencies and revolutions will overcome barbarism. The answer of the oppressed to barbarism is not other kinds of barbarism. Those who answer the suffering of Muslims by attacking churches in the Middle East have played the game of imperialism. The Christians who formed a chain around the Muslims who were praying in Tahrir Square during the Egyptian Revolution should remind us that revolutions have very different and very strong answers. The crossroad the world is at is “barbarism or socialism.”