Statement by the International Socialist Center 'Christian Rakovsky': Down with the Trump “Plan” for the liquidation of Palestine! US imperialism out of the Middle East! 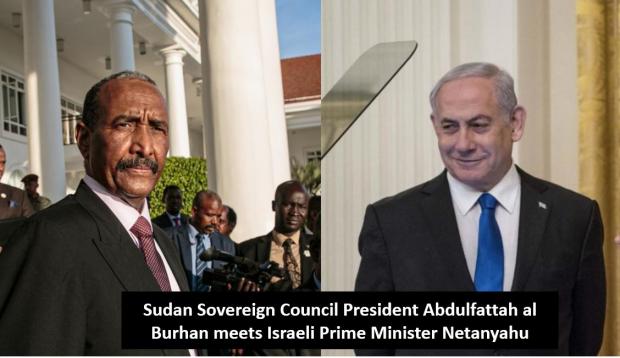 1. The so-called US “Plan for Peace between Israel and Palestine” pompously announced by the US President Donald Trump on January 28, 2020, is nothing more than a cynical Declaration of War against the people of Palestine and its inalienable right of self-determination as well as a mortal threat against all the oppressed peoples in the region and internationally.

It is a plan for annexation of the Jordan Valley and all the lands occupied by Israeli Zionist settler colonization, including of Jerusalem/Al Quds; a plan of transfer of the Palestinian population living in the so-called “Northern Triangle” of Israel to disarmed, small Bantustans, dispersed enclaves of a phony ‘Palestinian’ statelet, encircled by the Zionist Army, deprived of water facilities and other material resource and, most importantly, of armed forces, the real hallmark of a state, and condemned to survive under conditions of an apartheid regime. A plan of abolition of all the rights and aspirations of the Palestinian people, including the right to return of the refugees.

In exchange, Trump’s plan gives promises to local elites for 50 billion US dollars of lucrative contracts with US companies.

The American billionaire in the White House calls “his” plan “the Deal of the Century”. Most of the commentators rightly call it “the Steal of the Century”. Even the obscene scene to announce the deal by a US President still at that time facing impeachment in the presence of an Israeli prime minister facing criminal charges for corruption and a selected audience of enthusiastic cheerleaders composed of far right religious Zionists, representatives of Gulf emirs and fanatic Evangelicals had more to do with the celebration party for a deal between Mafiosi rather than with a political event.

2.    No one could underestimate the political gravity of the announcement of the “plan”. As a matter of fact, the 1993 Oslo Accords together with the fallacy of “a two-state solution” are unceremoniously buried. As the Israeli newspaper Haaretz wrote, the day after the announcement, on January 29: “Trump’s plan is undoubtedly the most pro-Israel peace proposal ever made--and, despite the President’s claims to the contrary, the worst offer ever made to the Palestinians. Even if it was more evenhanded, just a cursory look at the map attached to Trump’s plan makes clear just how unworkable it is: it keeps Israelis and Palestinians at each other’s throats to a degree that makes former Yugoslavia seems like an island of tranquility”.

Trump’s plan “for peace” cannot be implemented without means and measures of war, by the use of the most ferocious brutality against the Palestinian population, a new Nakba.  Such a war cannot be limited to the West Bank and the Gaza Strip, but it will expand towards a general conflagration in the region.

Trump’s “new” plan is a part of the US imperialist effort to build an Israeli-Saudi axis at the head of other reactionary Sunni Arab states in a reactionary war against Iran and its regional allies extending from Lebanon and Syria to Yemen, to re-establish a new imperialist order in the Middle East replacing the shattered previous one and pitting Sunni against Shia, thus threatening to divide the Middle East along sectarian lines. (The 4th International Euro-Mediterranean Conference of the “Christian Rakovsky Center” and of the RedMed web network, in June 2017, had already denounced this shift in US imperialist plans after the first trip abroad that the newly elected US President made precisely to Saudi Arabia and Israel).  From this vantage point, it is not accidental that the public announcement of the US “Deal of the Century” on January 28 was made in the aftermath of the murder, ordered by Trump, of the Iranian General Qassem Suleimani of the “Al Quds Force” of the Revolutionary Guards, together with a group of other officials, in the international airport in Baghdad on January 3, 2020.

The new war provocations by Trump, during a year leading to Presidential elections in the US, do not manifest any coherent, “irresistible”, strategic initiative of US imperialism. On the contrary, there are spasmodic but dangerous zigzags from a rhetoric of “putting an end to endless wars in the Middle East and Afghanistan”, of “withdrawing the American troops from the region” etc. to renewing military aggression, sending more troops,  extending and establishing new military bases in Saudi Arabia, the Gulf, Eastern Mediterranean, including Greece, threatening Iran with “annihilation even of its ancient cultural sites”, according to the recent menace of the US president!

The imperialist interventions, plans, and war aggression are not taking place in a vacuum. Imperialism acts in the most barbaric way shaken by a historic crisis of global capitalism in decline, which, unresolved for more than a decade now, is entering again a new explosive phase driving a new upsurge of the masses from Latin America to the Middle East, Europe and beyond.  The escalation of US imperialist aggression in the Middle East confronts and interacts with a second wave, of revolutionary upheavals, after the previous revolutionary “Arab Spring” of 2010-13, engulfing again the MENA region, from Algeria and Sudan to Lebanon and Iraq.

A new chapter in the tumultuous history of this volcanic region has opened where imperialist war and revolution are the protagonists.

3.  Trump’s plan produced an explosion of justified wrath among the popular masses in occupied Palestine and the entire Arab-Muslim world manifested in huge mobilizations, rallies and demonstrations. Not only in the West Bank and Gaza but even in Tel Aviv there was an important mobilization against Trump’s plan joined both by Israeli Jews and Palestinians.

It is this mass pressure from below, in a region shaken again by revolutionary turmoil, from Sudan and Algeria to Lebanon and Iraq, that is the major factor that obliged both the collaborationist “Palestinian Authority” of Abbas as well as the Arab League to formally oppose the US plan.

But there is no space or time for complacency in relation to these corrupt bourgeois regimes. The initial response from Saudi Arabia, Oman, Bahrein, and the United Arab Emirates was, as expected, “positive”. Even worse:  despite the negative vote in the Arab League meeting, apparently behind the backs of the Sudanese Transitional Government, the military leader General Abdel Fattah al-Burhan, the strongman of the regime that replaced the rule of the dictator Omar al Bashir, after his overthrow by the revolution of the Sudanese oppressed on April 11, 2019, traveled to Entebbe, Uganda to meet Netanyahu. The aim of this encounter with the Israeli Prime Minister, following Trump’s Plan, was the “normalization” of relations and re-establishment of diplomatic ties between the Zionist State and Sudan, isolated by sanctions until now for a multitude of reasons.

The deeper cause of this treacherous stabbing in the back of the Palestinian people, is not simply the economic pressure by sanctions on a disastrous economic situation in the country; it is, above all, the political fear of the military junta, named ‘Transitional Military Council’ after the fall of al Bashir, in front of the uncompleted social revolution.

An article under the headline “A step towards the liquidation of the revolution” published in RedMed.org, on July 14, 2019, provided a timely warning about the dangers from the rotten compromise between the Transitional Military Council and the opposition Forces for Freedom and Change to form a common Sovereign Council to supervise “a peaceful transition to civil rule”. It is clear now, in this meeting between Netanyahu and Abdel Fattah al Burhan, that the military junta and the bourgeois interests that they represent never made peace with the revolutionary masses. The “normalization” of relations with imperialism and Zionism is under way   in preparation for a new stage of confrontation between counter-revolution and revolution.

The lesson is vital not solely for the Sudanese but for all revolutions emerging now again in the Middle East. The imperialists and the local ruling classes, all the kings, emirs, military dictators, even fake “anti-imperialists” in religious or secular disguise, try to halt and destroy the revolutionary upsurge of the popular masses by exacerbating and exploiting all local ethnic, religious, tribal etc. divisions to secure their brigand interests and shaken reactionary rule.

Imperialism’s crisis and pressures either by anti-popular measures imposed by global capital and/or by suffocating sanctions are refracted differently through the different classes in local societies. They are widening the huge gap between the privileged and corrupt ruling classes and the impoverished masses who are taking the road of revolution and demanding the deposition of the existing rotten social-political system.

Victory for the masses is a strategic task. Imperialism can and should be defeated and national liberation achieved without tail-ending bourgeois and petty bourgeois nationalism; social emancipation from the system of poverty and misery can and should be achieved only without capitulating to imperialism and its conspiracies for “regime change”.

Only one social class can overcome these divisions, and unify the oppressed and impoverished popular masses against imperialism and local tyrants, in a revolutionary struggle for national and social liberation, for a universal human emancipation, Socialism: the working class, both employed and unemployed, particularly its younger generation, organized and led by a vanguard, revolutionary Marxist combat party, inseparable part of the struggle to build a new, revolutionary International.

4.    Fighting for this historical-political perspective, the International Socialist Center “Christian Rakovsky” calls all left parties and workers’ organizations, all genuine national liberation fighters, anti-war and social movements to mobilize without delay against Trump’s Plan of annexation, transfer, and apartheid liquidating the rights of the Palestinian people, above all its right of national self -determination and the right of return of the refugees.

Kick US and EU imperialism out of the Middle East, North Africa and the Balkans!

Dismantle all the US-NATO military bases in the MENA region, Greece, Turkey, Cyprus!

Down with Zionist colonialism! For the right of national self-determination of the Palestinian people, for the right of return of the refugees! For a united, free, democratic, secular and socialist Palestine, where Palestinian Arabs and Jews will live peacefully together with equal rights and dignity over the entire territory of historic Palestine!

For the victory of the social revolution of the popular masses of the MENA!

For a Socialist Federation of the Middle East!

United Campaign for the Release of Georges Ibrahim Abdallah (France)