The bloodless civil war of the bourgeoisie soaked in blood! 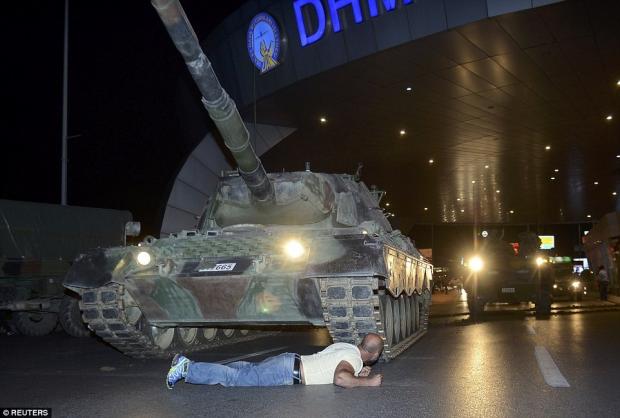 No to the military coup d’état!

Not a shred of support to Erdogan and the AKP!

The solution is to replace this fight with class struggle!

What happened in Turkey on the night of July 15, is in a phase where it is impossible to tell neither reasons nor results. It is irresponsible both to expect progressive results from a coup with unknown authors or to call the masses to streets with the AKP and Erdogan, when we lack the necessary information for the concrete analysis of the concrete situation.

For the last 13 years, Turkey is experiencing a bloodless civil war between the pro-western-secular and sectarian-Islamist fractions of the bourgeoisie. This civil war is sometimes waging fiercer and sometimes falling behind other contradictions. But on night of 15-16 July, this war exploded at its hardest and took a bloody form. Both fractions are enemies of the working class and the oppressed. Only difference between them is that while the putschists would immediately destroy all the freedoms of working class, Erdogan-AKP fraction needs to come a longer way to totally crush these liberties.

The declaration of the NATO which says that the constitutional order should be preserved is the utmost hypocrisy. The executive power had been usurped. The jurisdiction had become the hitman of the executive power. The press had been silenced. Trade union membership is under a constant attack. The strikes are de facto illegal and can only be done illegally. The right to demonstrate is about to practically destroyed.

We should create the best conditions that working class can solve the problems of Turkey by using the residual freedoms. We will fight against the attempts to limit the rights and freedoms of working class by showing what happened as an excuse, no matter coming from whom and in which form.

The numerous people killed by the fire opened on them as well as the ones lynched illustrates that we have entered to a new phase in the Syrinisation of Turkey. Only force capable to prevent Turkey from Syrianisation is still working class. We are witnessing the utmost importance of the fortifying the independent organisations of the working class so that the working class can intervene in politics.

Because of these reasons we are against the coup d’état. We are not giving the slightest political support to Erdogan or the AKP. We declare that ones who do so will be liable to the judgement of history.