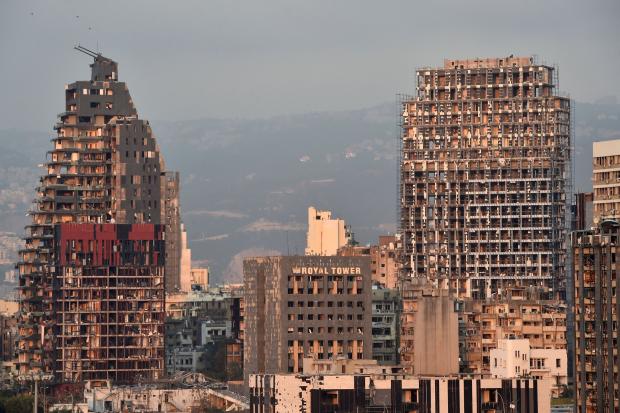 The DIP (Revolutionary Workers’ Party) extends to our Lebanese sisters and brothers of all faiths and religions our heartfelt sorrow, sympathy and solidarity on behalf of the working people of Turkey for the losses you have suffered as a result of the explosion of 4th August 2020. We mourn for your dead, extend our condolences to the loved ones left behind, hope that the seriously injured will survive their condition, and wish quick recovery to the thousands of wounded.

But we would also like to assure you that the vanguard of the working class of Turkey is ready to support you in your effort to create another society and another politics so as not to suffer so heavily under such incomprehensibly irrational catastrophes, from collecting your own garbage in 2015 to the impossibility of collecting your money from banks, money you own and are perfectly entitled to collect that cannot be collected only because the country’s banks are collapsing, to collecting the debris of your own homes because of the insane irresponsibility and corruption of the existing political representatives of the Lebanese ruling classes.

You said killon yani killon (for those who do not understand your beautiful language: “all of them means all of them”) only ten months ago! And now French President Emmanuel Macron comes along and poses as the saviour of your country because the killon of Lebanon cannot even show their faces to their people for fear of being ripped apart and thrown into the rubble they have generated. The world bourgeoisie is raising the stakes. “If not the politicians of Lebanon, then the politicians of the colonialist power will take care of you” is what they are saying.

Quel culot! What audacity! What effrontery for this man to speak, when addressing a crowd of ordinary Lebanese people, workers, employees, shopkeepers, students and not the Messieurs Aoun, Hariri, Berri, Gamayel, Joumblatt and Co., that he is there because of “the deep historic ties between the two countries”! And what might those “deep historic ties” have been? The tie between a colonialist-imperialist power and that of a people put down as “natives”! It is because of the French Mandat, the colonial mandate, that Lebanon has been suffering this state divided into the muhassesah of the bourgeois politicians of all the faiths and confessions of Lebanon. The French under the Mandat consolidated the Millet system of the Ottoman rulers, a system they found ready-made almost to order, so that they could deepen the cleavages between these and divide and rule all the more comfortably. All of you, from all faiths and confessions, wanted to put an end to that system of sectarian division of society and demanded a universalist republic. But the political representative of the great power that is originally responsible for that political regime now appears as the saviour. Quel culot, indeed!

In a certain sense we must be thankful to the imperialist Macron for having acted in a way that has enlightened the alternatives now facing the workers and the toilers and the youth of all faiths of Lebanon. That alternative is: Thawra or Mandat! That alternative is: either you will speak your own language of Thawra and finish the job that you started with the October revolution in 2019 or you will play the tune of the paying piper in French and surrender to the rule of imperialism. And that will signify, behind all the rhetoric of the cleaning up of political corruption, the continuation of the same old filth, for it is not the people, the cadre, the personnel, but the bourgeois sectarian spoils system that enslaves Lebanon to this entire socio-economic and political system.

And what is that socio-economic system that is collapsing now in a long-drawn-out economic crisis that is impoverishing the entire working population of Lebanon? It is an economy based on the banking system, the darling of both the Lebanese capitalist class and of the imperialists, that has steered the country towards a path of capitalist development where almost everything from food to medicine has to be imported from the outside! And this in an age of petro-dollars when the City of London and Borsa Istanbul, as well as others, are vying for the wealth of the kings and emirs as well. You have to import food and medicine and everything else and the port of Beirut processes 60 per cent of those imports and now the Lebanese bourgeoisie has in total irrationality destroyed that very port! And the grains in the silo nearby that is used to store 85 per cent of the stocks of the country are also destroyed! It is this socio-economic and political system that must itself be destroyed!

Macron was there to breathe new life into the totally broken economic and political system of your country!

And what did he propose? He proposed money and aid that “we will distribute directly to the people” as good old colonialists! He proposed to continue the CEDRE (Cedar) project (Conference for Economic Development and Reform through Enterprises) established between imperialism and the Lebanese ruling classes. “Through enterprises”! The very same enterprises that dragged the working population of Lebanon into the mire that we face today! Macron’s enterprise is really taking a revolutionary people hostage at their most difficult moment. They are trying to buy your Thawra!

A youth asked Macron, in French spoken by many Lebanese people, to “bring back the mandat”! We warn our young friend: that is the recipe for disaster for your country. Elsewhere, a garage owner said after Macron had just passed by: “I don’t want France to send money to these corrupt people [meaning the corrupt politicians of the country]. Let him take all these politicians with him, or let him be our president!” What an alternative!

Do not give in, for you will be sorry in the end. You will be sorry for three reasons. One, Macron can only rule together with new editions of the dynasties Aoun, Hariri, Berri, Gamayel, Joumblatt and Co. So the brother is wrong: If Macron becomes the Lebanese president, the others will be his lieutenants: the same old crap! Two, don’t expect great assistance from the imperialists for they are in the worst economic crisis in history. In the second quarter of 2020, the US economy shrank by 32 per cent at an annual pace, the EU economy by upwards of 40 per cent, and Britain is expected to undergo its worst recession in 300 years! We have a saying in Turkish which we probably borrowed from Arabic: “He himself is a granddad in need, how could he cater to others’ needs?”

And three, they will steal from you the only instrument that will solve your problems: your Thawra!

But, some will say, this is the worst we can see. Let us give Macron a try so that we can go through these urgent times. But no, these are not the worst times necessarily. There may be worse to come. Ask yourselves: if someone asked you “can there be anything worse than our situation now?” last September, immediately before the revolution started, you of course would have said “No!” But now think of what has happened: more than 150 dead for the moment, another 120 with possibly fatal injuries, 1,000 people hospitalised, more than 5,000 people wounded, 300 thousand lost their homes, 3 billion dollars officially calculated, a gross underestimation probably, needed for reconstruction, 85 per cent of the grain stock of the country destroyed, the port processing 60 per cent of imports levelled to the ground, the national currency has already lost 80 per cent of its value since September, a government debt that is now soaring at 160 per cent of GDP, rampant unemployment, poverty, hunger. So never say never.

Capitalism can no longer be the cure. There is another way out.

It is for all this that you need the Thawra you started last October and have not given up yet. You have already returned to Martyrs’ Square. Take back all the places of demonstration in Tripoli, Saida, Sur, al-Dahiya al-Janubiya and all the other cities that were the scene of such verve and vitality from October 2019 to the beginning of this year. What is needed is to organise the Thawra in organs of opposition that act as emerging centres of power and also organise the working class in a party independent of killon, of all the established bourgeois forces. You as the working people need to take power!

And you have allies in the MENA region. The peoples of Sudan, Algeria, neighbouring Iraq, Iran a further bit on, were accompanying your Thawra and creating a regional, MENA revolution, that is now kicking once more after the shock of the Corona virus crisis, in Iraq for instance. The explosion in the Beirut Port was felt in Cyprus, close to 200 kilometres away. The political aftershocks will probably be heard much further afield, from Lebanon to Sudan and from Iraq to the Hirak!

Rise up, sisters and brothers of Lebanon! Take you destiny into your own hands. You have nothing to lose but your chains!

On the 4th of August 2020, the Lebanese bourgeoisie abdicated and committed suicide. Do not try to resuscitate a dead body politic!