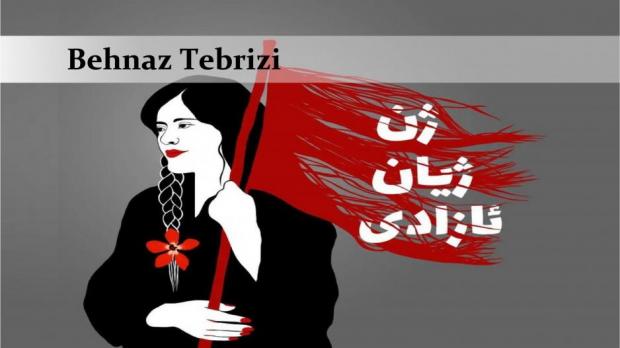 The "Hijab" or headscarf is often the first thing that comes to mind about Iran. The widespread fear of "Will Turkey become like Iran" mostly points to the mandatory headscarf practice in Iran. Those who proclaim "everything was better under Shah" immediately follow this up with "women could walk on the streets with mini-skirts and no headscarves". Just like this, the Iranian opposition itself points to the dress codes of women as the primary arena of freedom. But what are the practices of the Islamic Republic regarding the "hijab" and the real demands of the Iranian people? Here we will provide a short history.

Right in the first few weeks following the Islamic Revolution, the ideologues of the regime decided that the issue of the hijab would be an inseparable and essential feature of the Islamic Republic. Following this, Khomeini gave his infamous speech that drew the ire of hundreds of thousands of women: "Women will be able to work as before, but not naked", here "naked", implying women not following the Islamic dress code of hijab. Since then, many of the regime's initial features were washed out and degenerated, from foreign relations to "the revolution of the meek" that meant state subsidies for peasants and agricultural workers, and yet the issue of hijab remained central. So much so that when the opposition talks about regime change, they put the abolishment of the mandatory hijab as a primary, or sometimes even the only, promise. Hence, if one-day mandatory hijab is abolished in Iran, it means the regime as a whole has collapsed.

After announcing the mandatory hijab, Khomeini faced the threat of losing a massive female workforce. In the era known as the "era of purges", political opinion and dress codes became primary criteria for work, resulting in hundreds of thousands of women losing their jobs and being forcefully confined to their homes. Many others had to adopt the "proper Islamic hijab" to keep their jobs. Since then, clothing has been a more important employment criterion for women than skills. Female government office applicants, in particular, face a very strict interview, a big part of which is concerned with how Islamic the dress of the applicant is. On the other hand, the dress codes also keep many jobs out of reach for women in the private sector, while also being a leverage in the hands of employers to exploit their female workers. Because in Iran, if a woman experiences a sexual assault, the default "explanation" is that the victim must have seduced the perpetrator. A primary example was a case in the city of Isfahan, where a group of men forcefully entered a private party and raped the women, which was followed by government officials emphasizing on national TV that the women were dressed inappropriately and seductively.

Regardless of their upbringing, women in Iran partake in society under enormous pressure. It would not be exaggerated to say that "women are born guilty". In the Islamic Republic, the only rule that protects women is for them to dress and behave in ways that would not seduce men. Men are naturally aggressive, and it is the duty of women to protect themselves. Yet the fact that thousands of sexual assault victims wore burqa only means that women do not do enough. If these women cannot stay innocent even under a burqa, then the only alternative for them is to stay at home.

The question of "what is an appropriate hijab" was debated immediately after the revolution. Was it a burqa, or would a long dress suffice? Such questions were debated for a time. Until this day, "proper hijab" has been discussed within the regime itself. Despite being the primary topic in the parliament and during presidential elections, the questions always revolved around the exact definition of the hijab and how strict the state should be about it; but the idea of abolishing it completely was never on the agenda.

The so-called "morality police" units were created during Ahmedinejad's presidency. Prior to that, this responsibility fell to groups within Hezbollah or the revolutionary guards. The "morality police" was indeed a police unit. The penalty for "improper hijab" was to get leashed or pay an equivalent monetary fine. This itself was never open to debate. "Irshad police" (Irshad means "to guide" in Arabic) patrol the cities in special vehicles, take those who violate the Islamic dress or behaviour code into the vehicles to give them a stern warning and get them to sign a paper stating that they would be fined in a repeat offense. Then the person, usually a woman, would either be released immediately or be taken to the station for further "guidance and convincing". Many videos released in the last years documented police brutality during these, so much so that it received criticism even from within the regime itself, sometimes even calling to abolish these units. Yet this brutality never ceases. Khamenei tells the policemen to keep doing their jobs and ignore the criticism. Cabs refrain from accepting passengers with "improper hijab", lest they get caught in cameras and get a traffic ticket. Female drivers are routinely harassed by warnings (or rather threats) such as "you have been seen with improper hijab".

This is the context that led up to the event echoing all over the world under the hashtag "Mahsa Amini".

On September 13th, Mahsa (Jina) Amini was forcefully taken into such an "Irshad police" car and, according to eyewitnesses from the same car, was beaten together with others who resisted. She entered the custody office exhausted. Eyewitnesses state that shortly after she entered the building, she became completely exhausted, and her face got pale. An ambulance arrived at the station after a long while, and she was sent to a top hospital in Tehran. Yet she enters a coma, with her chances of survival given as 3% by her doctors. Mahsa was a young and cheerful woman at the age of 22. She had just gotten accepted by her favorite university and recently moved to Tehran. Her family reports no serious existing health problems. The leaked images from the hospital reveal bruises on her ear and under her eyes. Despite the claims by the regime media that she died of a heart attack, everyone realizes that she died of brain trauma as a result of her beatings. Mahsa passed away three days after the incident, on September 16th.

Lately, the people's uprisings in Iran were due to either women's rights or cost of living issues. It is as if once the regime finally suppresses one, the other pops back up. These two issues are consciously isolated from each other by the pro-American, pro-Shah opposition. They hide the problems of the working class under the rug to impede these issues from coming to the forefront. On the other hand, a common tendency within the left is to focus merely on the economic and class issues. Yet the people scream from the top of their lungs that these issues are united. The fight against mandatory hijab, for women's rights, is a natural ally to the struggling working class. The slogans of "Nan, kar, azadi" (bread, work, liberty) echo alongside "jin, jian, azadi" (women, life, freedom). The protests started immediately after Mahsa fell into a coma. Women took off their headscarves at the funeral and chanted "jin, jian, azadi"! The uprising in Tehran University keeps going as well as the solidarity movements in various cities. In the province of Kurdistan, city-wide mournings are declared and general strikes are taking place. The regime is attempting to push back the people through repression and violence. Officially there is at least one civilian murdered. Since November 22nd 2019, since the "women of revolution" movement, we have been observing that the Iranian people are taking to the streets much more bravely. In many videos, young and middle-aged women take off their headscarves and chant against police anti-riot vehicles. The slogan widely used in Tehran that goes "Death to the oppressor, whether it's shah or religious leader", displays the progressive nature of the demonstrations.