Statement of solidarity with the people of Macedonia 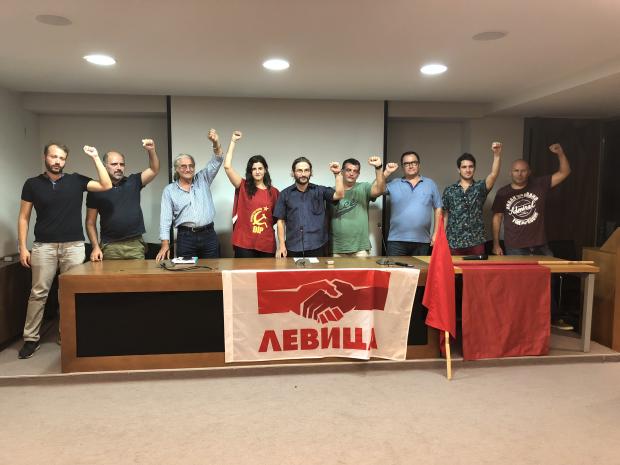 On 15th of September socialist parties and revolutionary organizations from around the Balkans gathered in Dojran, Macedonia. EEK, NAR, OKDE, SEK, DEA from Greece, DİP and EMEP from Turkey and Marks21 from Serbia participated in the event hosted by Levica. We publish the statement of solidarity with the people of Macedonia and Levica that was signed during the event:

On June 18. the governments of Macedonia and Greece signed a treaty which they presented as a solution to the naming dispute which has affected the relationship between these two countries for more than 25 years. It is beyond any doubt that this agreement was not a result of a genuine wish on either side to resolve the national question and strengthen inter-ethnic friendship, but a move imposed by the institutions of Western imperialism, notably NATO and the EU. The crown evidence of this can be deduced from the fact that the Macedonian government decided to hold a referendum in which the solution of the naming issue is linked to Macedonia’s entry into the EU (and NATO).

The entry of Macedonia into NATO would be a further step in the expansion of this military alliance – without a doubt, the greatest threat to world peace in our time – throughout the Balkans and would put further pressure on the remaining non-member states (Bosnia and Herzegovina and Serbia) to join, which would lead to further destabilisation of the region. NATO expansion comes as a part of its wider geopolitical strategy of encircling Russia as its main competitor in the area, and  controlling the energy networks. Also using the balkan states as a wall for the refugees.

Apart from goading local nationalisms and exacerbating ethnic tensions to further its agenda, NATO has proven itself as a key factor in suppressing worker and popular unrest in those countries of the region where it has a military presence.

Returning to the issue of the naming agreement, we state that it is not a method that can resolve the national question. Rather, it hinges on the denial of the right to self-determination by restricting the Macedonian people’s right to name their own country and erases the macedonian minority in Greece. Thereby it plays into the hands of Greek nationalism and poses a threat of worsening inter-ethnic conflicts in the region. In this sense, we believe that the Macedonian ruling class’s attempts to force it on its own people should be vehemently resisted.

We, the undersigned organisations, express our fullest support to and solidarity with the people of macedonia and the party Levica as a political force representing its interests in their struggle against NATO expansion and their government’s subordination. We believe that the importance of this struggle cannot be overstated. A victory for anti-imperialist forces in Macedonia would be a significant setback for Western imperialist strategy, would block the war plans of the imperialist juggernaut to redraw borders in the Balkans,  and would send shock waves of inspiration and confidence around the world.

Turning for inspiration to the common struggle and revolutionary past of our region, we say:

freedom to the people!

Kick NATO out of the Balkans!