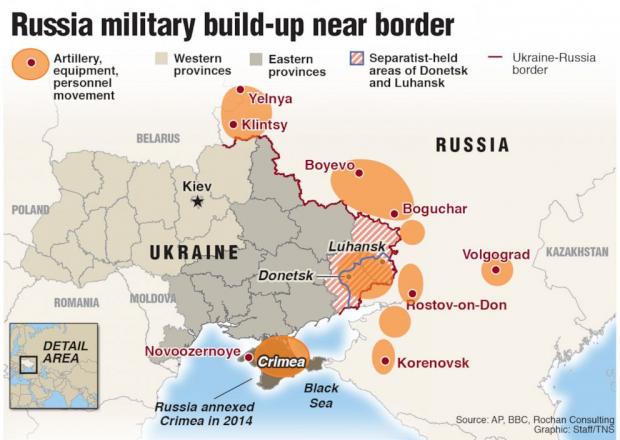 Stop NATO aggression and menace on the peoples of Russia!

For the defeat of the capitalist restoration process in Russia!

Turkey, Greece and France out of NATO!

For longer than a month the entire world has been rocked with news about the prospect of a Russia-Ukraine war. What hysteria the Western media is alive with! The scenarios vary, but all are tinged with doomsday associations: Russia starting a full-scale cyberwar on its neighbour or a Russian incursion into Ukraine or a full-scale occupation by Russia of that country or even that occupation being accompanied by a change of government with a Russian Quisling airlifted to power.

Even Volodymir Zelensky, the Ukrainian president, or his minister of foreign affairs down to the Ukrainian media are amazed at the level and scope of the hysteria that has gripped the West. Comparing the situation today with earlier episodes of tension between the two countries since the 2014 Maidan events, all of them say, loud and clear, that the danger of war is no nearer now than before. It is, in the light of this, permissible even to ask whether the NATO partners are trying to conjure up a Russia-Ukraine war so as to push Russia to the corner and implement policies that punish it further.

The world is witnessing a NATO aggression, not a Russian one!

What we are witnessing is a trompe-l’oeil of the first order. The only real piece of evidence in favour of the entire picture that we are being presented with through the eyes of the Western press, usually loyally reflected in the media of the countries dominated by imperialism, is that some one hundred thousand or more troops, along with tanks, artillery, armoured cars, and other military matériel have been amassed at different points along the Ukraine border of Russia. It is also true that Belarus, not surprisingly, has sided with Russia in this conflict. Apart from these elements, the truth, the whole truth and nothing but the truth is being shrewdly hidden from the eyes of the unsuspecting: what an illusionist’s job we are facing!

Not a word on how the NATO alliance has been expanding, since the dissolution and collapse of the Soviet Union in 1991, ever more threateningly towards the Russian Federation, the main successor state to the former federation of nations. Fully 13 countries, consisting of the Czech Republic, Poland, Hungary (1999), Estonia, Latvia, Lithuania, Slovakia, Romania, Bulgaria, Slovenia (2004), Albania, Croatia (2009), and Montenegro (2017) have joined NATO since that fateful event. The encirclement from the West almost completed, now it is time for the siege from the south, with Ukraine, Georgia, Moldova, and possibly Azerbaijan already having posed their candidacy. The operation is marking time in the east, with the countries of Central Asia sticking, for the moment at least, with their powerful neighbour Russia, and also heeding the interests of their other giant of a neighbour, China.

Ukraine is the spearhead of the entire operation of aggression of NATO on the Russian Federation. It is the most sensitive country among all the former Soviet republics or indeed of all Russia’s neighbours. These two countries, as well as Belarus, have lived as geographic, linguistic, cultural, and religious kins throughout the centuries. Moreover, Ukraine is the only sizeable country relative to the previous 13 that shares a long border with Russia and has a population that can compare to that of Russia (45 million as against 145 million, whereas both Latvia and Estonia, the only other ones to be territorial neighbours to Russia, are miniscule).

The adhesion of Ukraine to NATO immediately brings on the agenda the deployment of nuclear warheads on its territory. The world needs to be clear on what this implies: this means that a nuclear missile can fall on Moscow within a span of several minutes. In other words, it will be a situation where a loaded gun is being held against Russia’s bosom.

NATO was established in 1949 as an instrument of imperialism against the newly arising so-called “Eastern Bloc”. France was a founding member. Two of our countries, Greece and Turkey, joined exactly 70 years ago in February 1952. Finland, due to its special historical ties to Russia, remained neutral, although now it is, along with Sweden, under compulsion to apply for membership until the next NATO summit in June.

All throughout the Cold War, NATO acted as the joint military apparatus that was looking for the opportunity to bring, whatever the method, to an end the existence of the workers’ states in the Soviet Union and its allies in the Warsaw Pact. When the workers’ states came down in Eastern Europe, first, and the Soviet Union, later, the Warsaw Pact was dissolved but not NATO. It restructured itself to include in its new orientation all kinds of new duties for itself that can simply be summed up as the sustenance of imperialist domination over the entire surface of the earth.

That it does not limit itself to simply threats against those that it sees as the enemies of “the free world”, but resorts to full-scale destruction is clear from the first war NATO ever engaged in in Afghanistan (2001-2021), where hundreds of thousands of Afghans, military and civilian, paid the price of the death of the three thousand casualties of 9/11 at the Twin Towers of New York and the Pentagon. This included slaughtering scores of people each time at weddings and funeral processions, in schools and marketplaces, all done “cleanly” with “smart bombs”, in the same manner as in every war imperialism has waged from the Gulf War on Iraq in 1991 on.

This imperialist war machine is what threatens the future of humanity in Europe and Asia and possibly on other continents in the future. This is what the organisations of the working class, trade unions and political parties, all around the world, hand in hand with all the social movements of the oppressed and the anti-imperialist fighters of the world, should be fighting against. This is what revolutionary Marxists, those parties that aspire to lead the vanguard of the international proletariat in revolution, should target as their main enemy.

The entire argument of the imperialist states and their media regarding the right of each nation to engage with any countries and organisations it wishes to in order to justify the adhesion of Ukraine (and, in the future, of Georgia and others) to NATO is the most shameless hypocrisy. The Monroe Doctrine that the US declared almost two centuries ago, practically declaring the Western Hemisphere its own hunting ground, is still in place, as many dignitaries of the US state have explained even within the last several years. The US still applies a most draconian embargo on Cuba. America would, of course, defend it in the name of democracy, but it is almost a solitary figure when it comes to making the world believe that that is the true nature of its embargo. Last year, fully 184 states (including its best imperialist allies, even the United Kingdom) voted to lift the embargo in the General Assembly of the United Nations, with only two voting against the draft resolution: the US itself and Israel. It is interesting to know the stance of the “democratic” government of Ukraine, which was one of the only three countries that abstained!

The Biden administration, praised for its “democratic” nature not only did not lift, but also aggravated the embargo on Cuba. It also continued to recognise Juan Guaidó, a self-declared president in place of Nicolás Maduro in Venezuela, thus aiding and abetting in the plunder of the money owed to the Venezuelan people by this rogue politician. So, the Monroe Doctrine is alive and well!

The Cuban missile crisis of 1962 was, in fact, almost identical in its overall characteristics with the present crisis over Ukraine. It was at that time that the US under John Kennedy rejected wholesale the deployment of nuclear warheads on an island 90 miles from the US mainland and threatened Cuba with a military blockade, with pushing back military vessels headed towards the island and ultimately with war and occupation. The tables have turned now and the US refuses to comply with almost exactly the same demand, pushed on a much more tempered set of reactions, made by Russia regarding Ukraine.

Russia needs the defeat of the capitalist restoration process

Without supporting restorationist regimes, oligarchs or Bonapartes, the international working class and its vanguard should not remain neutral in the face of imperialist aggression but to fight to defeat it. It has to manifest solidarity in action supporting a political mobilization of the masses themselves in these countries to defeat imperialism. The anti-imperialist struggle to be victorious is duty-bound to not be trapped in a blind nationalism serving the ruling elites but to acquire a permanent character until the defeat of the capitalist restoration process itself, which opens the road to imperialism and colonization, until the expropriation of oligarchs, for a socialist reconstruction of the economy under workers’ control, all power to genuine soviets without bureaucrats, full workers democracy, and an active internationalist policy of support to all revolutionary and liberation movements in the world.

Exit NATO! But also destroy it!

When our parties and organisations from three NATO countries, Turkey, Greece and France, rebut the claims of NATO and point a finger of accusation against the imperialist bloc of nations for both this crisis and regarding the threat of war all over the world, including the threat on China that has taken on additional dimensions in this third decade of the 21st century, we do not do this in the abstract. Our countries are part and parcel of NATO, this major reactionary military machine of imperialism. So, if there is war, this means our bourgeois governments are complicit in this war of imperialism for its domination of the earth.

We march in the footsteps of Lenin, who refused to send workers and peasants to die on the battlefields for imperialist purposes and called for socialist revolution in order to stop war forever. We march in the footsteps of Karl Liebknecht, the German revolutionary comrade of Rosa Luxemburg, who declared the “main enemy” at home. We will not fight NATO’s war. We resolve to do all that is humanly possible to push for an exit of our countries out of NATO and, in the case of Finland, not to join the imperialist military apparatus. If achieved, because of the importance of Greece and Turkey, this would no doubt decimate the so-called Eastern Flank of NATO, just at the moment it is most needed. But we will not content ourselves with extricating our countries from the conflict. We are proletarian internationalists. We will try our best not only to try and take our countries out of NATO. We will also join hands with all the working class parties and organisations of those countries that are members of NATO to bring this mighty military machine down.

No NATO adhesion for Ukraine! No more expansion of NATO east, west, northwest, or south!

NATO is the main enemy of labouring humanity! Down with the military machine of imperialism!

France, Greece, and Turkey out of NATO!

Not one penny nor one soldier to the NATO war effort! An embargo to arms sales, in particular drones on the part of Turkey, to Ukraine!

Workers of the NATO countries, work to destroy NATO!

In case of war, work for the defeat of imperialism!

The true enemy for the workers is at home!