Rosa Luxemburg as the Fulcrum of a Vital Debate 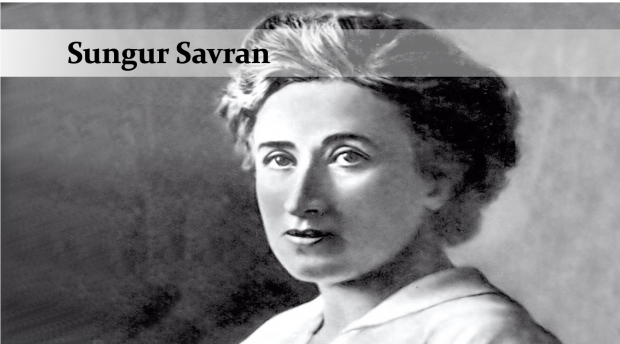 The return of the historic leaders of the Marxist movement to the centre of historical reflection may imply different things in the case of different figures. For someone like Antonio Gramsci, long abused by the liberal left and thoroughly distorted in order to serve their own interests, an act that tries to return him to the centre of the attention of Marxists implies almost a kind of rehabilitation, a kind of rediscovery after so much rabble has been heaped on him throughout the decades. For someone like Carlos Mariátegui, it means expanding the geographic and national-cultural reach of Marxism into areas that are considered to be peripheral to the capitalist world system, roughly Latin America in his case. For Rosa Luxemburg it means so many things at once that only a serious analysis of her practical achievements and of the scope of her theoretical interests can bring alive the great interest she presents to Marxists of different persuasion.

Hence, it was a very welcome move on the part of the Russian National Library Plekhanov House and the international organisation INPUTS to have organised a symposium on Rosa Luxemburg on the 150th anniversary of her birth. The original subject matter was presented as “On the Actuality of Rosa Luxemburg’s Theory of Imperialism”, but the seminal achievements and research of the German revolutionary naturally pushed the limits outwards so the topics taken up were multiplied into a wide spectrum of areas of research and action. Many of the contributors spoke on her contributions to the theory of imperialism, but others dwelled on such diverse issues as the national question, the outlook of Rosa on the Russian revolution, questions of war, her relationship to the theory of permanent revolution, her stark and prophetic posing of the alternative “barbarism or socialism” and on and on. So the Symposium presented to the audience a wide array of thoughts on a multitude of questions.

But there is a red thread that runs through any debate on Rosa Luxemburg in this beginning of the 21st century. Only by discovering that red thread can one understand the major problematic that unifies the various contributions around a major axis. Rosa Luxemburg was an intransigent critic of what was considered to be the “white man’s burden” by others. She was not only deeply outraged by the cruelties and atrocities of the imperialist policies implemented by the so-called “civilised world”, as anyone with a heart would (and should) be. This also tied in with her utter disgust for those right-wingers within the German party and the Second International who condoned the colonialism of their countries on the hypocritical excuse of “bringing civilisation to primitive societies”. Luxemburg knew these people inside out and understood that behind the veneer of the ideas of progress and development, these gentlemen were, in fact, pursuing the crass interests of their masters at home, the bourgeoisie.

This stance of hers is now making her a hero for those who stand against all concept of “progress”. This comes amidst a Zeitgeist of the triumph of absolute relativism that has been ceaselessly promoted by the post-modernist vogue and has grasped ever-growing sections internationally of the academia and the intelligentsia at large. This is why it was the theory of imperialism of Rosa Luxemburg and not for instance her theory of revolution or her stance on the national question that was the centre of attention. Add to this the under-consumptionist critique Rosa Luxemburg made of Marx’s schemes of reproduction and you will find the centrality of her The Accumulation of Capital for a new reading of our epoch.

An additional aspect that makes Rosa Luxemburg attractive for the new Zeitgeist is the existence of lifelong disagreements between Rosa Luxemburg and Lenin. From their differences on the question of the party and the national question to the episode of a deeply critical attitude that Luxemburg is thought to have adopted vis-à-vis the Russian revolution, the many controversies between the two historic leaders of the revolutionary wing of the Second International created the potential for serving to elevate Luxemburg to the status of an alternative to Lenin, Bolshevism and the Comintern.

This debate is very welcome. Not because we are in any manner sympathetic to post-modernism or post-colonialism. On the contrary. But it is very salutary to have this kind of debate frankly, openly and in a comradely spirit because this debate is already raging among the international intelligentsia in non-Marxist term. To bring in a Marxist thinker as accomplished as Rosa Luxemburg, a practical revolutionary of the first order to top, can only be salutary for the future of this debate. This is the kind of debate for which the Rosa Luxemburg Symposium paved the way. The Symposium brought together a wide spectrum of ideas along this axis. There were presentations that represented different viewpoints on all the questions that have been mentioned above.

The task is now the further deepening, extension and clear representation of the different positions within this debate. We are of the opinion that a collaboration between the different forces that came together at the Symposium, some formally the organisers of the event and some, like the International Socialist Centre Christian Rakovsky, many of whose members were among the speakers, can promote a more profound and more structured debate of the issues at hand.

We are prepared to shoulder whatever duties necessary for promoting this debate in the future. For the moment let us thank the Russian National Library Plekhanov House and INPUTS and, in particular Tatiana Filimonova and Detlev Quintern for having undertaken the difficult task of organising this fruitful conference.