Peace for the people of Ukraine! 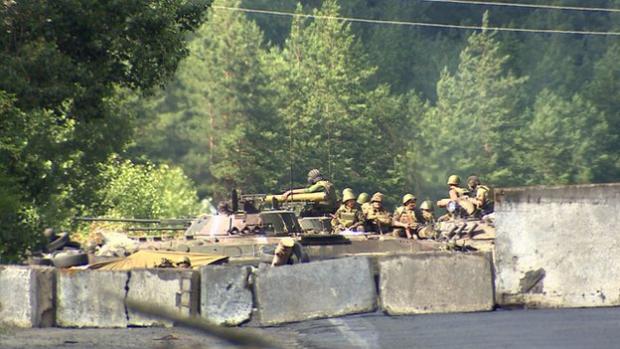 The war launched against the people of Eastern and Southern Ukraine has already caused enormous sufferings for its population, an ever growing number of dead and wounded among the local civil population, massive destruction of homes, public utilities, infrastructure and workplaces. At the same time, mothers and fathers in Western and Central Ukraine see their children being mobilized against their will to be sent to possible death in Donbass, only to serve the interests of the ruling oligarchs and their Western imperialist patrons in the EU and the USA.

The proconsul of the US in Kiev, Poroshenko, has unilaterally ended the precarious ceasefire, thus accommodating to the demands of the Nazis of Praviy Sektor. This past Wednesday, June the 2nd, representatives of the governments of Berlin, Paris, Kiev and Moscow called for a new effort for a ceasefire setting as a deadline Saturday, July the 5th for a resumption of three way talks between Kiev, Moscow, and the OSCE, the European security body. Nowhere was it clearly expressed that this call involves the immediate victims themselves, the people of Donbass, the representatives of the People's Republics of Donetsk and Lugansk. Without their presence, the entire talks would turn into a farce , a deal behind the scenes between the rulers of the West and of Russia to disarm and crush the workers-popular resistance in Donbass. This defeat will be a disaster for the people both of Eastern and Western Ukraine; on their dead bodies, the barbaric measures included in the deal between the IMF and Kiev will be imposed all over the country, west and east, transforming it into a protectorate of the EU ruled by local kleptocrats.

To start a serious discussion for an extended armistice, we consider as important to be included among others the following demands:

We consider that independently of the results of any negotiations, a real overall political solution requires the dissolution of the current fake Verkhovna Rada, and the formation of Workers’ Councils everywhere to elect delegates for a new, real Verkhovna Rada, to organize a national discussion of a new Constitution for a united, independent, socialist Ukraine ruled by the Councils of its workers and people and not by gangsters at the pay of Washington, Berlin, or Brussels.