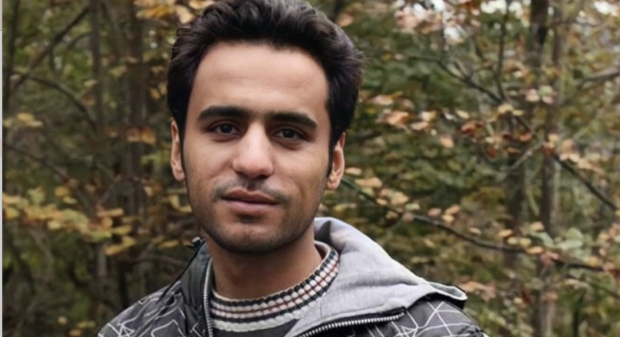 Behnam Moosivand is a young socialist militant who has been in prison for the past two years only for defending the rights of the working class and writing against the repression of workers and labor activists.

He has always openly stated his socialist positions and made his differences known with the Islamic Republic as well as the pro-imperialist currents. However, the government sentenced him to five years in prison. Behnam has been imprisoned for 2 years. He did not remain silent in prison either, defending the rights of prisoners, writing letters about his socialist militancy and the urgent need to defend the working classes.

Prison officials have repeatedly tortured and harassed Behnam. Behnam suffers from acute prostate and kidney disease, but the security services have prevented him from being sent to the hospital. He has been on a hunger strike for 16 days in protest of oppression and injustice and the lack of treatment for his illness. He consumed only water for 13 days and has been on a dry hunger strike for 3 days.

According to relatives, Behnam has lost a lot of weight and security officials are refusing to even measure his heart rate and blood pressure. Behnam is on the verge of death and the responsibility for this lies on the anti-worker regime and the enemies of the socialists. We do not want to lose Behnam and mourn for him. We want our comrade alive so that he can continue to shout against capital and reaction.

Note: we have learned very recently that the hunger strike is over, thanks to the intervention of unions and working class leaders who promised to continue fighting for Behnam's rights and against his mistreatment.