On the anniversary of June 24 Erdogan suffers defeat, AKP and MHP lose! Yet victory requires a complete break from the establishment and the USA aligned opposition!

by Central Committee of the Revolutionary Workers’ Party (DIP)
June 24, 2019 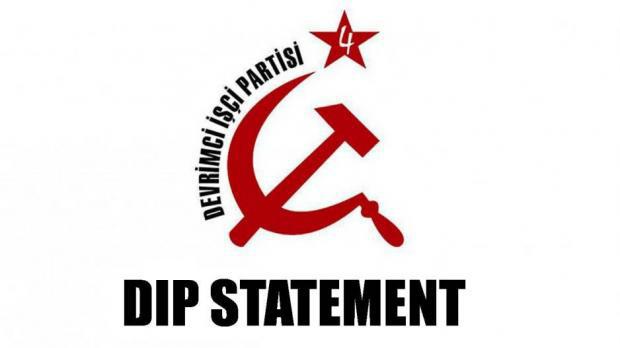 It has only been a year in Erdoğan’s presidency, elected on 24 June 2018, but the people of Istanbul have already turned their backs on him and his allies. The people have punished AKP and their allies for the Supreme Electoral Council’s illegitimate decision to repeal and rerun Istanbul’s local elections. In this election repeated under the prevailing conditions of one of the harshest economic crises in Turkey, coupled with serious political crises, the ruling party that coveted people’s bread and votes lost. Despite cries of “voting fraud” by the AKP-MHP coalition, the vote margin increased even more and CHP-IYI candidate Ekrem Imamoglu is now declared the mayor of Istanbul. The initial margin of 20 thousand increased 40-fold to 800 thousand votes!

The government did not receive a vote of confidence from the people to support its program of despotism that oppresses workers and enriches bosses and of serving the capitalists and imperialism until 2023. Just like their latest hysteria of declaring this local election a “matter of survival” for the country, their dishonest attempts to signal a rehash of peace talks with the Kurds at the last moment did not pay off. Despotism has been unmasked.

The votes for Imamoglu signify a will to get rid of Erdoğan and his government, who has been leading Turkey to a political and economic disaster. Yet Imamoğlu, in his first speech after the election, instead of claiming to be the defender of freedom against despotism as people want him to be, declared his intention to work in harmony with the government. He publicly asked for an appointment with the president of the republic, trying to end his mayoral campaign just like he started: in the presidential palace. CHP winning the revote after refusing the calls for a boycott does not change the fact that they have openly turned their backs on peoples’ struggles.  Those who did not agree to a peoples’ boycott when the Supreme Electoral Council cancelled the elections today climb the stairs of the presidential palace.

Ekrem Imamoğlu, in his own words, will present his roadmap to the palace. Likewise, the opposition leader Kılıçdaroğlu repeats his promise to support the government in critical issues facing Turkey, first and formeost in the economic sphere. The USA aligned opposition of CHP-IYI and their minions will undoubtedly use this election to push further for free-market policies to appease foreign capital, independence of the central bank (and hence its dependence on national and international finance capital), “structural reforms” demanded by big businessmen (i.e. TÜSİAD, the Turkish Industry and Business Association), and the firm relocation of Turkish politics to the axis of USA-EU-NATO.

The honeymoon period of the election season is over. The time of empty promises has ended. Starting from today, the establishment parties will be coming together as part of an “ Alliance for Turkey”, in Erdoğan’s terms,  to make the working classes pay for the crisis and to serve imperialism, accompanied by their “normalization” rhetoric. They will add a pinch of CHP-IYI colors to hide the crumbling despotism.

This is not the first electoral defeat for Erdogan. In the 7 June 2015 elections, AKP lost its majority and its ability to form a government by itself. It was the leader of the nationalist party MHP, previously in opposition, that saved him at that time. CHP allowed the unfolding of the scenario. HDP hushed. Turkey  underwent a process of Syrianisation. After all this, with another re-election on 1 November 2015, AKP managed to win the parliamentary majority. Back then, DIP (the Revolutionary Workers Party) explained how AKP could have been cornered in those months separating the initial election and the re-election. Now we repeat: do not forget the 7th of June 2015!

Nowadays an entire chorus regurgitates: “the tone must change”. No, changing the tone is not enough, it is the government that must go. We must bring those in charge to account for years of lavish spending and corruption, we must lay bare to the people all corrupt deals done in the municipal councils with the approval of other establishment parties, and we must make them accountable. To refrain from these means open approval of four more years of pillage in the kitchen of the people by this government.

For the working classes that make up the vast majority of Turkey, the “Alliance for Turkey” is not a real agenda. People’s demands of bread and freedom require something much different. Breaking the chains of capital, imperialism, and despotism is the agenda of the working people. The rotten and corrupt despotic establishment should be put to an end before it drags us all into a disaster. The only way forward is building a united front of the working class, an ever-growing class struggle through strikes, resistances and occupations, and an unchained Constituent Assembly of extraordinary mandates, without any prohibitions or electoral thresholds.

The DIP repeats its appeal to working-class forces to break free from the parties of the establishment, to raise the struggle for bread and freedom under the banner of labour!