What alternative to the EU crisis propose Syriza and Tsipras? 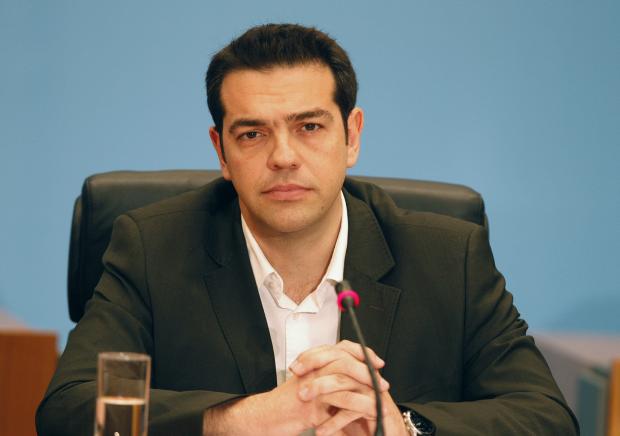 The popularity of Syriza in Greece is having its impact on the left elsewhere. One such case is Turkey. While on visit to Turkey during the Gezi revolt of summer 2013, Tariq Ali proposed a Turkish Syriza. Now, the People’s Democracy Party (HDP) has organised an event in Ankara with Syriza (and Die Linke of Germany) at its centre. The People’s Democracy Party is a fusion of countless Turkish left-wing parties and groups with the Kurdish movement and is poised to become possibly the strongest left-wing party in Turkey. The fact that in a conference on 1 February 2014 that is billed as a discussion concerning “The Search for a New Politics”, it should have seen fit to discuss these questions with Syriza speaks for itself. We are publishing below an article that assesses the programme of Syriza and its leader Alexis Tsipras, written by Savas Mihail-Matsas, the Secretary General of the Workers Revolutionary Party (EEK) of Greece. This article was published in Turkish as well, as an intervention in the debate in Turkey, along with two other articles, one providing a critical evaluation of the new HDP in Turkey and the other of Die Linke in Germany.

The current world capitalist crisis, now in its seventh year, hit severely the EU- and the entire EU project of capitalist integration of the Old Continent. The weakest link in the EU and the eurozone, Greece, has been broken under the weight of an unsustainable foreign debt. The ruling classes in EU led by Germany, to save their broken imperialist chain, its euro currency, and more immediately the German and French banks over-exposed to Greece, imposed upon the Greek people an endless barbaric “austerity”, actually measures of social cannibalism tied to Memoranda signed by the Greek governments and supervised by the hated “troika” of the EU/ European Central bank/ IMF.

The resistance of the Greek workers and rapidly pauperized masses against social catastrophe took unprecedented dimensions of generalized popular revolt in 2010-2012 producing a deep and still unresolved crisis of political power. The old political system of the two bourgeois parties New Democracy and PASOK, alternating in government after the collapse of the military dictatorship in 1974, collapsed as it became clear in the elections of May and June 2102. Social polarization and the crisis of legitimacy of the regime were expressed in the elections by catapulting in the position of Official Opposition the until then small left reformist Syriza that has promised to form a “government of the Left” to abolish the Memoranda of austerity. At the same time, the same situation produced a threatening rise of the openly Nazi party of “Golden Dawn”, which for the first time entered parliament.

The significantly weakened right wing New Democracy formed extremely fragile coalition governments first in June 2012 with PASOK and DIMAR ( a right wing split of Syriza) , and then in June 2013 only with the remnants of PASOK, after the departure of DIMAR following the political uproar created by the authoritarian closing down of the National Radio-TV ERT. The ruling majority has shrunk in Parliament into a slim majority of just three seats.

The ruling Right becomes more and more unable to keep governmental power but, from the other side, Syriza itself, although getting the first place in the polls, is still unable to win a social -political majority necessary to take power. The main reason is not the hysterical black propaganda and the blackmails of the Samaras government against Syriza and the Left as a whole but the vacillations and growing conservatism of the Syriza leadership under Alexis Tsipras itself. Being at the threshold of government power, the Syriza leadership multiplies its re-assurances and oaths of faith to the EU,the IMF, the Greek industrialists and entrepreneurs that the government that it will form will not challenge the position of the country in the EU the euro, the NATO, even less in the capitalist system's social framework. More credibility seeks from the ruling classes and global financial elites- particularly during the visits of Tsipras in Western Europe and the US- less credibility gains among the devastated Greek people suffocating under the tyranny of the EU and the IMF. Although a growing people's support to Syriza, out of hatred of the present government, could give to it the first place in the next elections, popular expectations are more and more limited.

In any case, no social and political stabilization is possible without economic stabilization, a real way out from the crisis that had degenerated into a humanitarian crisis where Greek people has been transformed into a nation of destitute, with a growing mass army of unemployed and homeless, and social services, Health, Education in ruins.

There is no way out without a radical break with the causes of the social disaster: without the canceling of all the foreign debt together with the Memoranda and all the legislation accompanying it, in other words without a clear break with the troika, with the EU tyranny and the international usurers of global capital, without the re-organization and planning of the economy on new, socialist bases according to the social needs, without an internationalist orientation towards a common struggle for socialist unification of all the peoples of our region and of Europe. This is NOT the policy of |Syriza.

Although we need to be sensitive to the masses looking towards Syriza for a solution, keeping open the dialogue with them and fighting together against the common class enemy, avoiding like the pest the sectarian hostility manifested by the Stalinist KKE, nevertheless, truth is always concrete and revolutionary. If illusions prevail on a government which does not break from the bankrupt system although it speaks on the name of the Left, then a Chile-like tragedy could follow.

The international and European Left, lacking the program, the perspective and the will for a decisive and radical break with capitalism and the EU, plunges in an insoluble crisis, leaving an empty space to all kinds of right wing populisms. It is not an accident the fact that the spectacular rise of Syriza is fetishized by this Left and its intellectuals, from Tariq Ali to Slavoj Zizek and Tony Negri, and Alexis Tsipras is selected by the European Left Party as its candidate for Chairmanship to the bureaucratic imperialist institution of the European Commission.

The political platform of his candidacy as Alexis Tsipras himself presents it in an article on New Europe magazine leaves no doubts about its extremely restricted, reformist moderation. He stands for “ a democratic and progressive reorientation of the European Union” with a outdated neo-Keynesian program for “reflation” , for “a genuine European Central Bank acting as a lender of last resort not only for banks but also for states”, for taxing( not expropriating) the speculative capital in its offshore activities etc. In the most non-historic and anti-historic way, without taking notice that the entire international political, social economic context has changed, Tsipras proposes the introduction of a European “Glass-Steagal Act” like that of the US during the Great Depression of the 1930s or for a “European Debt Conference, predicated on the 1953 London Conference for Germany's debt” for the resolution of the Eurozone debt crisis.

Such false “Realpolitik” in Angela Merkel's EU today is no more than a reactionary Utopia. On the contrary, the concrete Utopia for an international united struggle of the workers, the pauperized masses, the immigrant communities, all oppressed minorities and social excluded to break from capitalist bankruptcy and imperialist barbarism and establish international Socialism remain the unbroken Hope Principle.