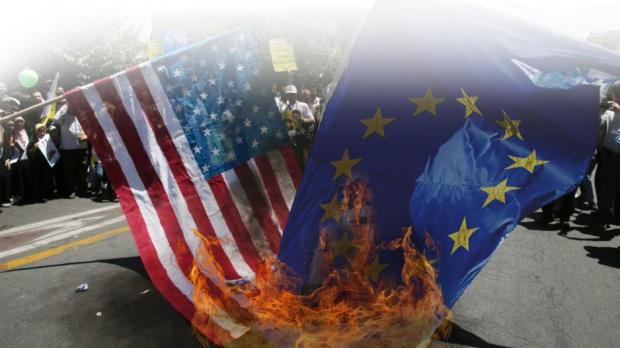 This article is the Editorial of issue No. 113, dated February 2019, of the newspaper Gerçek -the central organ of DIP (Revolutionary Workers’ Party, Turkey).

In Venezuela, US imperialism is trying to overthrow Maduro by a coup. The USA has not only played the puppet Guaidó, who declared himself president, behind the scenes, but also threatened Venezuela with a military attack. The aim is to force anyone who resists imperialism to capitulate not only in Venezuela, but in all of Latin America. A few countries, Cuba in the first place, have their share of the American threat. The common characteristic of these countries is that they are thorns for imperialism in Latin America, which the USA considers as a backyard. The artificial flowers of the USA's backyard are the reactionary and imperialist collaborator leaders of Colombia, Argentina, Peru, Paraguay and especially the fascist-leaning Bolsonaro of Brazil.

A clear understanding of the events in Venezuela is required. Puppet Guaidó is trying to make use, as a source of legitimacy, of him being the president of the National Assembly elected by “universal suffrage”. However, he delegitimised both himself and the National Assembly by relying on US imperialism and calling the Venezuelan army for a military coup. Today, the USA which defends the puppet Guaidó under the name of democracy is a hypocrite. For years, they supported bloody dictators all around the world. Finally, they backed the murderer prince of the Kingdom of Saudi Arabia and they did not mind about the “universal suffrage” while doing so. Today, the situation is no different.

Yesterday, Guaidó was an elected member of parliament. Today, he is a putschist, who does not represent the people of Venezuela at all. Guaidó is Trump's Prince Salman on the American continent. The situation is that clear. There is no middle road between Maduro and Guaidó in Venezuela! There is no middle road between the National Assembly elected by universal suffrage and the Constituent Assembly, which was also elected in the same way in addition to containing representatives of the social strata as well! The National Assembly is putschist. The Constituent Assembly remains as the only institution where the will of the people is manifested in one way or another. Although it is out of question for us to give political support to Maduro in any way, he is the legitimate president of Venezuela. We unconditionally side with Venezuela against imperialism and its puppets. Guaidó has sold himself to imperialism and is now playing Trump's game to sell his country too. Those looking for a middle road will sooner or later fall into a position of taking sides with the conscious servants of imperialism.

Today, the economic situation in Venezuela is dire. Its people are in great misery. But, even if the imperialist propaganda machine says so, it is not because Maduro is a socialist. On the contrary, the problem is that, Maduro is not a socialist, just like Chávez was not. The oil was nationalized but the imperialist monopolies such as the American Chevron, the European Total and Statoil continue their activities in agreement with the government. Two thirds of the country's economy are in the hands of the private sector. The market economy has not lost its dominant position. The working class was prevented from organizing independently and forming organs of political power; the country continued to be governed by a bourgeois parliamentary political structure. The economy, which is now bombarded by imperialist sanctions, is dragged into a collapse by the sabotage of the private sector from within. The bourgeois parliament has turned into a coup headquarters. Chávez and Maduro have put both the country and their political movement at risk, not because they were socialists, but because they were looking for a middle road between socialism and capitalism and because their measures fell short.

There are countless lessons for us to learn from what is happening in Venezuela. It is once again revealed that expecting democracy, freedom and human rights from imperialism is meaningless. The European Union, which has promised us to bring democracy, civilization and human rights for half a century, has immediately taken the side of the coup in Venezuela. In the past, European imperialism supported the military dictatorship in Turkey established in 1980. That coup d’état crushed the working class and thanks to that, the European Union put the Customs Union chain around Turkey’s neck. Neither the USA nor the EU! There is no middle road in relations with imperialism! Freedom will be won by defeating imperialism. Turkey should leave NATO immediately and shut down all foreign bases starting with Incirlik.

It is a matter of time for Turkey to drift towards a major economic crisis just like Venezuela. And we cannot get involved in any kind of compromise with the capitalist order that creates this crisis. In the economy there is no middle road between the working class and the bourgeoisie! All banks must be nationalized and a single state bank should enter into the service of an economic plan for the benefit of the working people. All key industrial and previously privatized enterprises, all educational and health institutions should be nationalized under workers’ control. Finally, foreign trade and currency should be taken under state control.

Most importantly, even if it is elected by the people's votes, the national assembly -in which the elected are determined among the bosses, the landlords and the usurers and which has been chained by the despotism of Erdoğan and the AKP- cannot solve the problems of the working people. For bread and freedom, we will re-establish Turkey with a Constituent Assembly which is formed by representatives of the people that were elected in free elections without any electoral thresholds. It's either sinking in the hands of imperialism and despotism or salvation through a government of workers and toilers! No middle of the road, neither in Venezuela nor in Turkey! No middle of the road on this planet divided by irreconcilable class antagonisms where the working majority is ruled by a handful of bloodsucker exploiters!