USA: the post-putsch growth of fascism 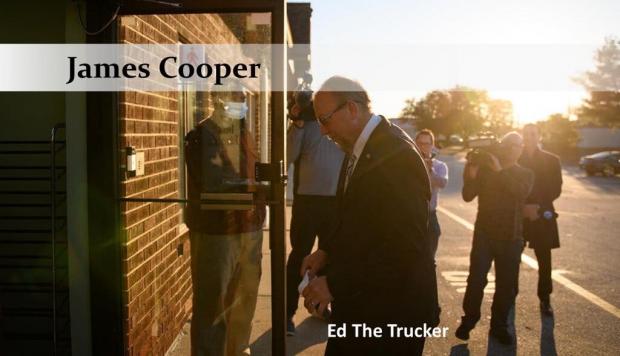 This article was written for Communist Leningrad, a sister publication of RedMed brought out by our Russian comrades. It was written in English and translated into Russian to be published in that newspaper (http://redmed.org/ru/article/gazeta-kommunist-leningrada-no62021-144). We are now also publishing it in the original language in which it was written for the benefit of our readers who do not understand Russian.

The American fascist movement is regaining the momentum in the aftermath of the 2020 elections and the abortive putsch on January 6th in Washington, DC at lightning speed. In stark contrast to the classical forms of fascism in the 1920s and 1930s, today’s fascist movement is strengthening its grip on large sections of the working class. The gubernatorial elections in two East Coast states, Virginia and New Jersey, clearly demonstrate this horrifying fact.

Virginia is a “swing state”, that is, neither big bourgeois party of the American electoral system enjoys a clear, long-lasting control in this state. Nonetheless, the Democrats have been in power for the last three terms since 2009. This year, candidates of both parties were businessmen. Most of the debates and political contentions therefore revolved not so much around economic issues but – at this point – textbook Democratic vs. Republican issues, such as gun control laws, stances on abortion and homosexuality, public school curricula, and the like. While these issues are by no means unimportant, they have become the standard battling grounds of mainstream American politics, and neither candidate went off the script of his respective party’s standard positions.

Nonetheless, the atmosphere surrounding the elections and the ensuing Republican victory was that of a national crisis, with towering figures from both parties – Obama and Harris on the Democratic side, Trump and Bannon on the Republican side – sending their blessings to the candidates. Steven Bannon, whose relationship with the Republican Party apparatus is ambiguous at best, himself showed up to a rally in Virginia and urged the audience to vote for the Republican candidate in his typical apocalyptic tone. Immediately after the defeat, the Democrats began a witch hunt in the entire party line to put the blame on certain factors. The mainstream, corporate Democrats and their ideologues blamed the Biden administration for “shifting too far to the left” and therefore losing the conservative vote. The DSA mouthpiece Jacobin, on the other hand, blamed the centrist wing of the party for blocking any attempt at comprehensive progressive legislation and thereby alienating the working-class voters (https://jacobinmag.com/2021/11/democrats-biden-penn-stein-elections-center-left-reconciliation).

This seemingly disproportionate urgency laden in these elections become clear if viewed in the light of the elections in New Jersey. Unlike in Virginia, the Democrats have been winning the crushing majority of the New Jersey votes for decades – until this year. Although the Democrats did eventually retain their control over the state, they did so with a very slim margin of 1.6 points and after several days of controversy around contested results.

More emblematic, however, was the defeat and ousting of a very long-term, centrist Democratic legislator and the State Senate president, Stephen M. Sweeeney. The Republican victor who replaced Sweeney, Edward Durr, is a union-member truck driver. According to a New York Times article, Durr was able to gather the majority of poor rural and working-class votes by spending a total of only $2,200 on campaign (https://www.nytimes.com/2021/11/04/nyregion/stephen-sweeney-durr-nj-election.htm). Unlike the Virginia elections, therefore, New Jersey has witnessed an election very clearly demarcated along class lines. While other social issues ranging from school curricula to LGBTQ rights were abundant, class polarity left an unmistakable mark on the New Jersey gubernatorial contest.

The near-defeat in New Jersey and the clear shift of the (white) working-class vote towards the Grand Old Party should be seen within a broader pattern that has been in place since the early 2000s but has accelerated with the onset of the Third Great Depression in 2008. One after another, the working-class Democratic constituencies have been collapsing as a reaction against the Democratic Party’s anti-labor, neoliberal and free-trade policies. In the Rust Belt states, the traditional Democratic vote from the unions and other working-class milieus has been declining steadily for decades (the single exception is the Obama candidacy). Having been tied to the Democratic Party apparatus via the union bureaucracy since the New Deal, organized labor was a taken-for-granted voting source. However, the Democrats have undermined this voting source themselves by fully entangling themselves with the Wall Street. Obama’s legislations to bail out the Wall Street Banks with tax money in the aftermath of the 2008 meltdown were the last nail on the working-class Democratic vote’s coffin. As a result, black workers began displaying record levels of abstention, while the white workers became susceptible to nationalist and fascist demagogy. Trump won the 2016 elections by successfully tapping into this anger in the white working class.

However, the near debacle in New Jersey marks a qualitative turning point in this working-class shift. The Rust Belt states have been swing states for a long time, while New Jersey was a Democratic stronghold. While the unions have by and large collapsed in the Rust Belt, they still enjoy relatively high levels of membership and organization in the coasts. Therefore, the victory of Edward Durr as a unionized trucker marks a turning point. The Republicans have not only won enormous grounds, they are now carrying the fight into the heartland of the Democratic grip.

This explains the panic and disarray in the Democratic ranks. Having relaxed after Trump’s defeat and his disgraceful attempt to maintain his power in 2020 and January 2021, the Democrats are now witnessing their enemies coming back to the battlefield in full swing. And they have no idea on how to deal with it.

The Biden administration is taking an increasingly incoherent path. As of late, Biden’s plans to introduce two massive reform bills on social securities and infrastructure  were completely frustrated by his own party’s factions. The infrastructure bill that he proposed is already a much watered-down version of its original. Meanwhile, he and House Speaker Nancy Pelosi were utterly outflanked from both the Right and the Left: the centrist Blue Dogs blocked even the butchered version of the infrastructure bill while the progressives were  dead-set on passing the social security bill together with the infrastructure bill. Unable to please anyone, Biden  busied himself with calling for endless meetings to convince the Democratic senators to find some compromise – to no avail. Only on November 20, 2021, after months of endless intra-party quarrels and much more and subtle concessions to the centrists was the Democratic leadership able to pass the infrastructure bill with a very slim majority. Among these compromises is a further watering-down of Medicare control over drug prices. The Democrats still cannot dare to touch the sanctity of the “free market” or the profit margins of medical corporations even after a global pandemic!

Most likely thanks to these compromises, Biden, whose greatest political brag has been his “ability to reach across the isle”, i.e. set up bi-party consensus, throughout his political career, was able to carry 13 Republican votes to his side. He therefore struck the deal he was unable to convince the left-wing of his own party to with the Right instead. So much for having a political spine!

In foreign policy, on the other hand, the Biden administration has fully committed to the Trump legacy to appease the chauvinists on the Republican ranks. From Kamala Harris’s urge to the Guatemalans not to migrate to the US to the mounted police’s whippings of Haitian refugees, and from the NATO declarations against Russia and China to the founding of AUKUS, Biden is at pains to outbid his predecessor in his commitment to imperialist chauvinism. On the domestic scene, this can have no other impact than alienating the voters from people of color.

It is therefore safe to assume that the Biden administration’s desperate attempt to buy back the working-class votes through a combination of progressive social legislation and blatant commitment to imperialism is doomed to fail. As the Democratic Party goes into increasing disarray while bogged down in endless intra-party polemics, the Republicans will regain strength as the fascists in the GOP apparatus will gain the upper hand. Working-class people desperately waiting for the Democrats to legislate laws that will serve their interest will grow more and more exhausted and irritated. A not insignificant voter bloc that had switched from the Democrats to Trumpism in 2016 and have switched back in 2020 in the face of Trump’s blatant anti-labor policies and disastrous last year will think of giving him a second chance. If Obama had gotten a second chance, why shouldn’t Trump?

Within and in the periphery of the Democratic Party, the centrist-leftist debate on the reasons for the Virginia and New Jersey elections resembles the controversy between the Sanders and Clinton supporters of 2016, in that each side accuses the other for the defeat. 2024 will likely witness a replay of the 2016 election scenario, except on a grander scale and more fatal consequences.

It is of course true that the fascist Right had to reassemble itself in the aftermath of 2020 electoral defeat and the disgraceful January 6th putsch. It was difficult to win back the trust of the anti-globalist bourgeoisie who had made public declarations against the putsch to distance itself from the abortive fascist insurrection. That January 6th has scarred the public image of the fascist movement in the eyes of those sections of the bourgeoisie represented by the Republican Party is evident from the outcome of the voting controversy in New Jersey. After contesting the very slim margin of victory for about a week, the Republican gubernatorial candidate Jack Ciattarelli ended up conceding with these exact words: “I see no proof that this election was stolen” – a clear echo of Donald Trump’s claim that the national election was “stolen” nearly a year ago.

However, to hope that the Right cannot regain the ground it has lost very rapidly would be pure parliamentary cretinism. The official candidates might be following a cautious course for now, but as their Democratic opponents splinter into pieces over ever so slightly less comprehensive reform bills, more and more working class people will flock into the ranks of the GOP to seek solutions to their decades-long misery.

What would be the correct Left response in the face of the Democratic disintegration and Republican comeback? It is clear that the Democratic Party cannot be trusted with the task of stopping the advance of fascism.

Within the Democratic Socialists of America, which seems to have successfully transformed itself into a left-shadow of the Democratic Party, the line of the leadership seems to be the following. Biden and his cabinet are guilty of the setbacks, not because they have moved too far to the Left, but because they have insisted on the centrist line that had pushed people into Trumpism in the first place. However, the parallel success of the DSA-endorsed Left candidates in many New Jersey counties can be a remedy to the electoral growth of fascism (https://www.dsausa.org/news/nov2021dispatch/).

While the diagnosis is spot-on, the remedy offered is paradoxical, not to say ridiculous. Working-class people are becoming more and more disgusted by the Democratic Party, therefore… we should keep running candidates on the Democratic ticket. This is after the Democratic Party apparatus blew up two Sanders campaigns in 2016 and 2020!

The correct answer should be to begin building independent working-class political platforms immediately. The advent of fascism will not be prevented by running more and more candidates on the slates of the Wall Street party. The only way to prevent fascism is to win back the working class from its increasing ideological influence by presenting a real political alternative based on class unity. While the forms this project might take on may change from state to state or even county to county, its culmination into an independent, democratically controlled workers’ party is as urgent a necessity as raising the minimum wage or legislating for free childcare.