by United Front Committee for a Labor Party
April 1, 2021 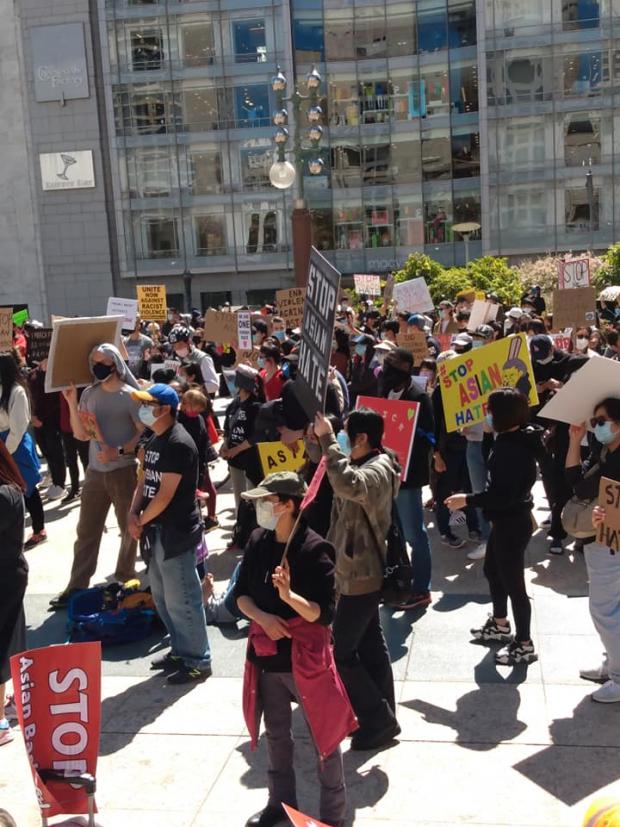 Taking their cue from the State Department and other imperialist organizations like the CIA, the National Endowment for Democracy (NED), and the military establishment, the racists have come out of the woodwork to attack the Asian people in the US.

The level of fascist and racist attacks we are witnessing should not surprise us as the imperialist escalation against China and Russia has been ongoing for years.  With the racist rhetoric from the top officials, the economic crises, and targeting the Asians as the scapegoats for capitalism’s failure, racists are finding it easier to escalate their assaults.   More racist murders and ethnic hatred at home only reflects the US foreign policy abroad.  The recent racist attacks against the Asians are closely related to the US’ intensification of its imperialist attacks against China.

Following Trump’s racist lead, the Democrats and President Biden are again cozying up to Europe to join forces against China’s economic growth.  Not having total world dominance anymore, US imperialism conjures up its dependent imperialists like the Europeans to give it a hand.

Most labor union leadership, including the AFL-CIA confederation leadership stood silently as the US escalated its attacks against China, leading to the racist assaults on Asian population in the US. Taking more than 30million dollars from the US government, AFL-CIO promotes corporate unionism and the US policy while staying silent when US warships sail to South China Sea provoking confrontations with China.  Unions must be at the frontlines against racist attacks on Asians, blacks, immigrants and non-union workers everywhere.

While we reserve the right to criticize the Chinese administration when it confronts labor in China or the world, we stand firmly against both the imperialist encirclement and attacks against China and its sovereignty.

Racist attacks against Asians must stop.  They must be prevented.

To defend the Asians today, and to defend the blacks, workers, immigrants, LGBTQ+, native nations, and all communities from attacks and fascism in the long run, a united front for an independent labor party is essential to lead the struggle. Capitalism which promotes racism and these attacks, and the constant threat of fascism will only be defeated once capitalism is dismantled and socialism is built by the working class.   We call on all progressive organizations for a United Front against all attacks on all communities!

No to racism!    No to China-bashing

An injury to one is an injury to all! For a United Front against fascism!