UFCLP Statement: No to curfew orders! No to military rule! No fascist thuggery! People’s rebellion against racism is legitimate – suppressing it is criminal!

by United Front Committee for a Labor Party
June 4, 2020 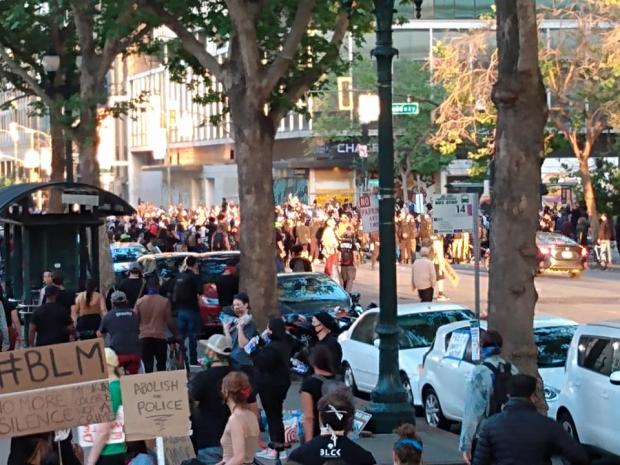 The people’s rebellion to demand justice for brother George Floyd and to end racist oppression has spread across the nation. Great support has come from the bus drivers’ and subway workers’ unions, as well as the Target workers’ initiative. Instead of meeting the people’s legitimate demands, however, governors everywhere have declared states of siege, martial laws, curfews, or other states of emergency to strangle this wave. Democrat and Republican alike!

Trump’s meeting with governors to “toughen them up” and his call for support from the MAGA networks point clearly at the ruling class’ intentions: suppressing the rebellion with military force and fascist thuggery! The working class, African Americans, and other oppressed people are already fighting against two deadly enemies: Covid-19 and economic collapse. Now, Trump and his gang members adding a third to the list – fascist violence!

The Democrats have done no better than the Republicans. Having called every move and action of the Trump administration as a “threat to democracy”, they succumb into his tactics to push back democratic rights when they face real popular power. The Democratic mayor of Minneapolis has already committed the crime of calling in the National Guard against the people. Many Democratic states and counties followed the suit. Lately, many counties in California declared a curfew out of the blue, only three hours ahead of the deadline, causing panic and frustration.

The suppression of people is unlawful, illegitimate, and unacceptable! The state governments and the federal government are in the hands of a criminal gang of millionaires! Any attempt on their behalf to strangle people’s voice should be opposed at all costs!

The murderer officer who strangled brother George Floyd is but a representative of the brute force of this gang of criminals. Now, the gang has decided to strangle the whole people demanding justice and an end to oppression! Let’s say, chant, shout out the name of brother Floyd and other victims of racist violence until our united voice deafens this gang! Otherwise, there won’t be anyone to say our names!

Support and strengthen people’s action, until it washes away the oppressors!

Black and white, unite and fight!

No ban, no curfew, no fascist USA!