by United Front Committee for a Labor Party
June 2, 2020 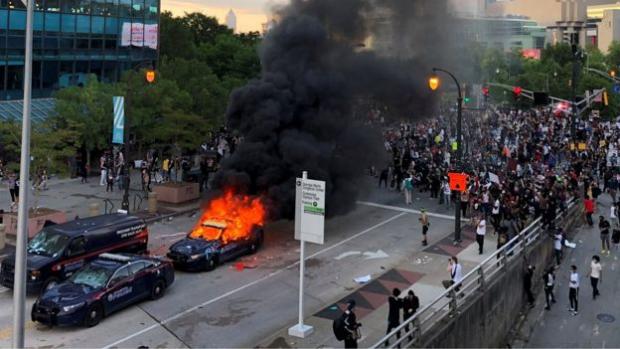 Brother George Floyd has fallen victim to yet another racist attack of the American police. May he rest in power. May his family and friends be assured: his murderers will not get away with their crime.

The people of Minneapolis are completely right and justified in their call for justice and their actions towards that goal!

American capitalism has a centuries-long history of committing the most atrocious crimes and violence against African Americans and people of color. Both existing parties are criminally responsible in upholding this racist, disgusting social system. It is only right that the people of Minneapolis are standing up against this series of crimes. And the Democratic Mayor of Minneapolis is about to add one more crime to this long list by calling in the National Guard to suppress the rightful action of the people. The Democrats, as much as the Republicans, are more willing to suppress the people’s rightful action for justice than persecuting the well-identified murderer of George Floyd and other African American victims of the racist police.

Any attempt by the National Guard or other armed forces of the American government to suppress the rightful actions of the people of Minneapolis will be an open racist attack. Any such attempt should be opposed at all costs!

Racism is a disease spread by the bosses and their lackeys, the politicians, spread among the oppressed class to paralyze them.

The bosses feed on the division, competition, and hostilities among the oppressed class, and are terrified of their unity. Both parties do everything in their power to keep the oppressed class divided, to play one section against the other, so that the bosses can avoid confronting the full power of the working class. African Americans are already standing up to the brutality they are facing. The transportation workers who cut off the subway transportation in the city, and who refuse to drive the arrested protestors to jail around the country, have showed their support. The Target workers came in full support when they declared that black lives are more important than the damages on their workplace. All power to them! It is time for the entire working class to join its African American brothers and sisters in this struggle!

The struggle shall not cease until George Floyd’s murderer is punished, the institutions that uphold the racist system are abolished, and every vestige of the bosses’ racism vanish!

Black and white, unite and fight!