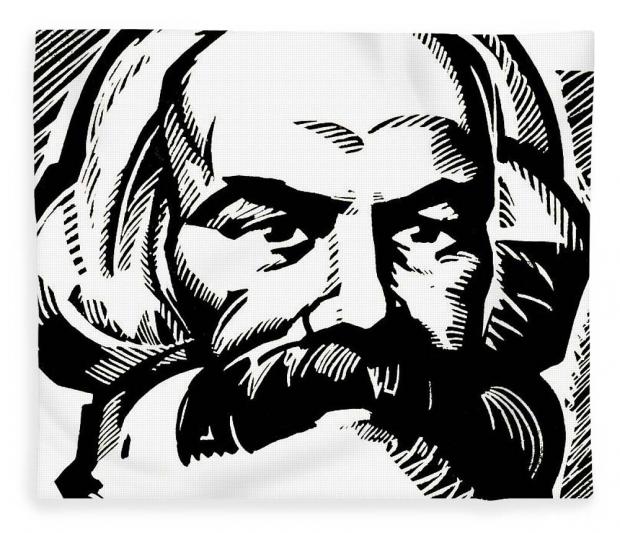 Association of Marxist Communities (abbreviation in Russian: AMO) was established in 2005 at the initiative of the First Secretary of the Central Committee of the Russian Communist Party - the Communist Party of the Soviet Union (abbreviation: RCP-CPSU) Alexey Alekseyevich Prigarin. The initiative was immediately supported by the Russian Communist Party (abbreviation: RCP) and a number of the public and political activists adhering to Marxist views, being members of the RCP-CPSU and RCP and also of some other left-wing political parties and associations as well as not being members of any organization. The idea of establishment of AMO consisted in the integration of certain ideological and political opponents of the regimes that arose in Russia and other states, either former republics of the USSR or members of the former communist block of Central and Eastern Europe after the counter-revolutionary coups of 1989-1991. These were people who did not renege on their beliefs, did not lay down arms and did not stop the fight for the reconstruction of a really updated, modern socialism. At the same time they recognized that the revival of original socialism and the restoration of the USSR is impossible without the development of original Marxism and its transformation into a really revolutionary guide to action.

Initially AMO consisted of two regional divisions in Moscow and Leningrad, each of which had an elected Council and also included the common Council of AMO. But after A.A. Prigarin’s death in 2016 and temporary interruption of work of the Moscow division, the Council of the St. Petersburg regional division of AMO (abbreviation in Russian: SPb PO AMO) performed the functions of the common Council of AMO. And almost from the very beginning, the activity of AMO consisted mainly in carrying out research and organizing seminars and conferences on history and current problems of Marxism, socialism, the revolutionary movement etc. In particular, since 2009 SPb PO AMO held annual November (October) international scientific and practical conferences with the subsequent editing and publication of the proceedings of these conferences. AMO carried out practical activities as the collective member the Left Front and made an important contribution to the development of its first Program. It will not be a great exaggeration to say that thanks to its vigorous and purposeful activity AMO became a noticeable factor in the left political spectrum of modern Russia and not only in Russia. It is confirmed, in particular, by the collection of AMO documents prepared for printing, which consist, since 2007, of numerous declarations, statements, appeals, letters of solidarity, as well as speeches of AMO members at meetings and other political actions.

But in the life of each organization, as well as in the life of each person, the moment comes when the need for change is clear. On November 1, 2018 in one of St. Petersburg (Leningrad) libraries the meeting of AMO took place at which, after heated disputes, AMO was transformed from a public political organization into one of scientific research and educational: Association of Marxists Social Scientists (with preservation of the abbreviation in Russian: AMO). “Declaration on the establishment of the Association of Marxist Social Scientists” (see appendix 1) and the Charter of the transformed AMO was adopted at this meeting, and the purposes and character of AMO activity were defined in the Charter:

- scientific and educational activity on the basis of results of Marxist research, achievements of Marxist theory and practice.

2.2. For the achievement of these purposes of the Charter, AMO, independently and together with other scientific, public and political associations and also persons who are not members of any associations, carries out research, scientific, propaganda and other forms of activity, will organize and hold scientific conferences, symposiums, seminars, round tables, publication of various brochures, books, production and distribution of other information products.

The most important task of the AMO meeting on November 1, on the one hand, was to preserve AMO, and on the other hand, to create a sound full-fledged basis for new development of AMO in new quality, i.e. to start the process of AMO’s qualitative transformation. During such process AMO members, including new members of AMO from Russia and other countries, perhaps, will want to change the nature of the activity of AMO, the Charter of AMO, to accept some new documents. But the main aim consists in that AMO became a real international association of researchers and popular writers, propagandists of Marxism acting constantly and actively.

One of the first steps on achievement of this purpose was the next meeting of AMO on January 24, 2019 at which the AMO name was changed in “Association of Marxist Social Science”, representatives of Lithuania and Ukraine were elected to the AMO Council, the amendment to the Charter of AMO was made, which allows non-residents and foreign members of AMO to participate in general meetings by means of the Internet and e-mail; “The long-term plan of AMO activity of was accepted” (see appendix 2). Proposals on the subjects of scientific seminars, round tables of the AMO Debating club and scientific conferences are welcome.

Since November 1, 2018 the active work was done with involvement of new members in AMO which result was an acceptance of AMO. As result, on January 24, 2019 AMO Council had affiliated 7 new members from Belarus, Lithuania, Moldova, Ukraine, Greece and Turkey. We hope that besides Marxists from Moscow and other cities of Russia, Marxists from the former republics of the Soviet Union and other countries will join AMO in 2019. The relevant proposals are already made, and this text is its public repetition of those to whom it was not made personally yet, and for those whom we do not even know.

Mikhail B. Konashev, Tatyana I. Filimonova

In the last quarter of the 20th century there were a number of events, such as the disintegration of the world socialist system, the collapse of "real socialism" in the countries of Eastern and Central Europe, dissolution of the USSR and war of NATO against Yugoslavia, which led to the crisis of Marxism and of the revolutionary movement, liquidation of the institutes and other research centers in the socialist countries and in the non-socialist countries as centers of communist parties and national liberation movements. The subsequent restoration of capitalism in these former socialist countries, an advance of neoliberalism and neoconservatism, elimination of "the social state" even in Western Europe, series of "color revolutions" and local wars, capitalist globalization, obvious strengthening of far-right parties and political movements, ways of revival of socialism, - here is only a part of those problems which need research on the basis of Marxist tradition, the theory and revolutionary practice. Need for such research, for the development of Marxist thought in the countries of the former "socialist commonwealth", and first of all in Russia is especially large. That is why, according to the decision of the general meeting of the Association of Marxist Communities which has taken place on November 1, 2018 in St. Petersburg, the Association of Marxist communities has been transformed into the Association of Marxist Social Scientists (AMSS) as the international scientific research and educational association the aim of which is to contribute to the preservation and development of Marxist research, and Marxist theory and practice. According to the decision of the Council of AMSS elected on November 1, 2018 meeting, comrades from Lithuania and Ukraine have been elected as members of AMSS and of the Council of AMSS.

The main task of AMSS is to unite the existing separate research groups and certain researchers working at the universities, scientific academic institutes and other educational and research institutions in the different countries as well as those who are outside of any official educational and research systems and also to make coordination of interaction between them. AMO will use all traditional and new ways and forms of activity of scientific organizations, including besides various scientific congresses, symposiums, seminars and round tables, to hold annual conferences of AMSS at first in St. Petersburg (Leningrad), and then, according to the decision of Council of AMSS in one of the other cities of Europe, America, Asia, Africa, or Australia.

2021 – Russia: alternatives of the past, present and future

2022 – Is the reconstruction of the USSR possible and which one?

VI. The Soviet public library, including audio and video (on AMO website-?).

VII. The concept of new socialism. Development and discussion at seminars and conferences.