15-16 June 1970: The age of proletarian revolutions comes to Turkey 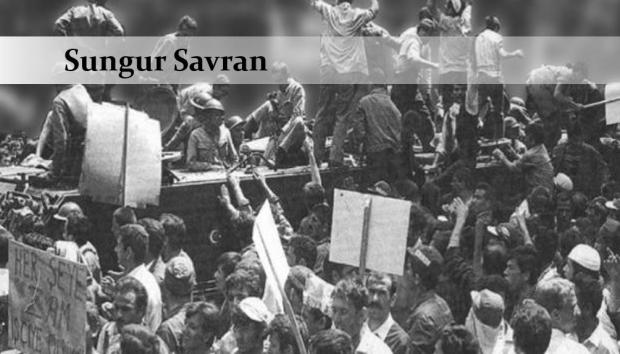 Exactly 50 years ago, Turkey was shaken by a workers’ insurgency that still stands as the apogee of working class militancy in the country’s history. The workers of Istanbul and the neighbouring cities of Gebze and Izmit occupied the streets and squares, filling the hearts of the bourgeois with fear, overrunning every barricade set up by the police and the army, forcibly wresting their fellow workers taken under custody from police precincts, chanting slogans on one of the main avenues of the city that has always been the pride of the wealthy so that, in the words of a worker in their ranks, “the  rich shall see our power”, and displaying their undeniable power by demonstrating in front of government buildings and local army headquarters. The image of civilians on top of tanks on the night of 15 July 2016 fighting the failed coup made a great impression on international audiences. And yet close to half a century before that the working class had done the same things on the streets of Istanbul! For two days the bourgeoisie and its hangers on shut themselves up in bunkers and Istanbul was conquered by those that made it live through their labour.

The two days of June 15 and 16 have always been characterised as a “Great Resistance” by the left and the progressive wing of the labour movement in Turkey. There is a discord here between the reality and its perception. The concept “resistance” implies that the working class, as well as other oppressed classes or groups, are engaged in a struggle to defend certain positions that are under the assault of the ruling class. June 15-16, on the contrary, goes way beyond the protection of certain acquired positions, becoming a bold and threatening challenge to bourgeois society launched by the working class that has already become a force to reckon with.

Those who wish to defend the prejudices of yesteryear will step forth in a hurry and say: “But the June 15-16 action is a struggle against the attempt by a united front of bourgeois parties to destroy the new class struggle trade union centre DISK, established only three years before and, seen from this angle, it was a successful resistance because it achieved its goal.” Half a century later, could it perhaps be high time to broaden that “angle” a bit? It is true that the centre right party of prime minister Demirel, along with the main opposition, the CHP under Inonu and Ecevit, supposedly moving to the left, and smaller bourgeois parties, wished to evict DISK from the scene. It is also true that the workers repelled this move with audacity and courage. But why look only at a single aspect of a gigantic social explosion? Where is the dialectic method in this? Why do we forget so easily that reality can be a multifarious and multidimensional whole? And why do we reduce an action in which the working class confronts the state head on to a mere trade union phenomenon?

The first step in trying to think dialectically is to think of the June 15-16 action in terms of its internal transformation. The traditional analysis of that action never takes into consideration the qualitative change between those two days. But we know very well that on the 15th, 70 thousand workers marched in the peripheral areas of Istanbul. The working class thus only sounded out the resolution and power of the forces of the state. Having won that battle and encouraged by its partial victory, the next day the working class won over the members of other trade unions and non-unionised workers, as well as participants from other layers of the oppressed, raising its number to 150 thousand or twice that of the first day. It now opted to march not in the peripheral areas of Istanbul, but turned its face to the very heart of the city, clashing with the forces of the state and overcoming every single barricade set up by the latter, became the master of this largest of all the cities of the country. June 15 was a carefully organised event. June 16 spontaneously became spontaneous. The working class had thus now moved beyond even its most advanced leadership, that of DISK.

Reflect on the following question: 70 thousand on the first day, 150 thousand on the second. How many on the third? It is true that June 15-16 never became a revolution because it did not fight to take power. But it was an action that encompassed revolution as a possibility. It is not “resistance”, it is an insurrection, an unarmed insurrection. For in its objective overwhelming might, it created a revolutionary potential. Just add a revolutionary party of the proletarian vanguard to this objective threat and see what a mix this becomes!

Turkey experienced two bourgeois revolutions in the first quarter of the 20th century, two revolutions that caused immense societal upheaval. Then came certain intermediary forms, failed juntas and illusions of Nasserist or Baathist inspiration. June 15-16 is the thunder storm declaring that not only the age of bourgeois revolution but the period of those intermediary forms is over as well. It is the age of proletarian revolutions that opened up with the Great October Revolution of 1917 that has now arrived in Turkey, after so many other countries. The banner for radical social change has now been passed over to the hands of the working class. The progressive role of the bourgeoisie is henceforth a thing of the past. If the country is going to move forward it will do so with a proletarian revolution.

The left in Turkey did not receive this message then. It has recently moved even farther away from this message with the illusions in bourgeois democracy created by its newly acquired liberalism. However, the message that the working class has given is clear: I will come again, it has said, I will shake up all that stands for this oppressive society. Get prepared. Let us not stop halfway this time around.

This article was originally written in Turkish and published in the June issue of Gerçek, the central political organ of DIP. It has been translated into English by the author himself, with just a few additions here and there to make things more comprehensible to the international audience.