Strong participation in anti-imperialist, anti-war international conference organised by the Rakovsky Center and RedMed, to be held this weekend (25-26 June) 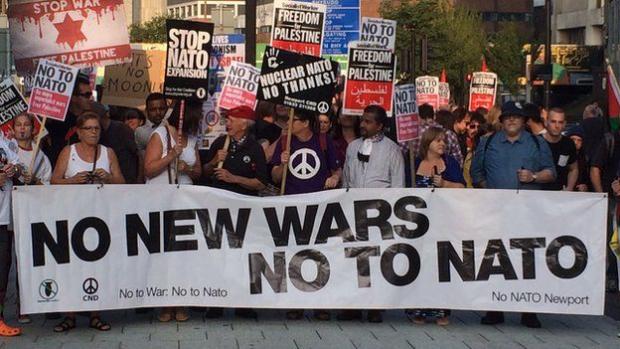 The Emergency International Anti-Imperialist Conference organised by the International Socialist Center Christian Rakovsky and RedMed is taking place this weekend (25-26 June). It will be hosted online by two member organisations of the Rakovsky Center, the EEK of Greece (Workers Revolutionary Party) and the DIP of Turkey (Revolutionary Workers Party). Other members of the Rakovsky Center are also contributing to the conception and realisation of the conference: three organisations from Russia, the United Communist Party (OKP), the Russian Party of Communists (RPK), and the Association Soviet Union (ASU) as well as two organisations from Western Europe, the MTL of Finland (Marxist Workers League) and the ROR of France (Renaissance Ouvrière Révolutionnaire)

The Rakovsky Center was born in 1999 in the heat of the NATO war on former Yugoslavia. It was very active internationally during and after the imperialist-assisted Maidan overthrow of the elected government of Ukraine in 2014 by the pro-Western liberal cum Nazi/Banderist forces in power today. It struggled against the assault on the working class and Russian-speaking minority of Ukraine by these forces and the unceasing war and repression unleashed on the twin struggles for sovereignty of the Donetsk and Lugansk People’s Republics. It exposed in this manner the true nature of the regime in Ukraine in opposition to the rosy picture drawn by many segments of the left in Europe.

RedMed, on the other hand, was created in 2013 in response to the formidable rise of the revolutionary struggle of the working masses of, first Tunisia and Egypt, then most of the rest of the Arab world, and finally the entire Mediterranean region north and south, from Greece and Spain to Turkey and Bosnia-Herzegovina.

The duo represents an anti-imperialist, internationalist effort to bring the living forces of the working classes and the toiling masses of the countries of the entire region of Eurasia and beyond as a revolutionary proletarian response to the profound crisis and decline of the capitalist mode of production that has been creating the dynamics of deep economic disruption, the rise of fascism, the threat of world war, in short, a new barbarism.

The Rakovsky Center and RedMed have so far published two joint statements on the Ukraine war (http://redmed.org/article/statement-christianrakovsky-internationalist-socialist-center-nato-russia-ukraine-crisisand http://redmed.org/article/may-day-statement-rakovsky-center-peoples-eurasia-mediterranean-and-world-mobilize-stop), signed also by the members, as well as a series of statements by single parties and organisations and analyses by the leaders of these.

The Emergency International Anti-War Conference is a new step in the same direction of holding NATO and imperialism responsible for the war in Ukraine and the continuing suffering of the people of Ukraine. It goes beyond every effort we have so far made to fight imperialism and war in that it has already gained tremendous momentum and promises to be a very effective tool for the peoples of the world in fighting imperialism and war.

The conference received a very positive reaction from very different parties, organisations, journals, and individual fighters from a diversity of countries. At last count, participation is being planned by actors of various levels from at least two-dozen countries and from an even greater number of organisations, from political parties to social associations and from journals of theory to solidarity organisations.

This diversedelegation is spread throughout the continents of Europe, Asia, North and South America, and Africa. Included are countries that usually are not often represented in such conferences, such as Cuba and Belarus, and also those which are hardly ever present, such as Azerbaijan and Uzbekistan.

One of the most striking aspects of the conference is the strong presence of parties, organisations, and individual fighters from many former Soviet republics and former Warsaw pact countries.

The three countries directly involved militarily will share the points of view of their communists and Marxists. From Ukraine there will be, on the one hand, Alexey Albu, member of “Borotba” and of the anti-fascist resistance of Odessa, who was elected by the People’s Assembly as mayor of Odessa in spring 2014, who later was wounded during the tragic events of 2 May 2014 (when Ukrainan Nazis burnt alive dozens of trade-unionists) and who has been living in Lugansk since 2015. On the other hand, a long-time comrade, Yuri Shakhin, who was a member of the organisation “Against the Current” and has been living in Crimea since the Nazis took over in Ukraine, will also be talking.

From Russia we will have, in addition to some of the leaders of the three Rakovsky organisations, that is to say, Evgeny Kozlov (Secretary General, RPK), Iosif Abramson (Central Committee, RPK), Daria Mitina (Deputy Secretary General in charge of International Relations, OKP), and Mikhail Konashev (Association “Soviet Union”), other guests such as Artem Kirpichenok (Historian), Tatiana Filimonova (Director of Dom Plekhanova, National Library of Russia), and Said Gafourov (journalist and TV host).

The Belarus movement will also be present, with Vaddim Vinnik from the Marxist Circle in Minsk, along with whom we are expecting another comrade of his.

In addition to these three countries, we will have speakers from the former so-called “Eastern Bloc”. From Hungary, two editorial board members, Tamás Krausz and Anamaria Artner, of theMarxist journal, Eszmélet, a rare species these days in an Eastern/Central European country, Hungary, a widely respected journal founded and working in the tradition of Hungarian Marxist philosopher György Lukács. They will be followed by Ewa Groszewska of Poland and Daniela Penkova and Illian Stanchev of Bulgaria, all three independent fighters in their own countries.

Two countries from the Turkic world will be present at the conference as well. The revolutionary Marxists of Azerbaijan, in the process of establishing a Leninist group in the country, will present their statement. And a comrade from Uzbekistan will be bringing his contribution to the anti-imperialist struggle.

Presence also of a string of key countries in the West

The conference will also bring the audience echoes of the thinking in the imperialist countries of the Western world as well. A number of countries that are key to the war will be present. Finland, whose role has become so important because the country applied for NATO membership after the beginning of the Ukraine war will be represented by the Rakovsky member MTL. The ROR of France, which has recently been perhaps the key country in Europe in terms of the struggles of the masses but also regarding the rise of the fascist dangerin Europe and whose recent elections have opened up a disruptive political crisis, will also take the floor.

Western Europe is also well-represented by other fighters from Italy, Barcelona within the Spanish state, and Sardinia with its political specificities in the context of Italy. Will also be speaking two intellectuals and a political organisation (Class Conscious) from Australia. There will also be speakers from the US (a working-class fighter) and Britain (the Bolshevik Tendency).

The revolutionary traditions of Latin America will also be present at the conference. Angelica Lavotto, from the left-wing tendency Centralidade de Trabalho within the PSOL of Brazil, will be addressing the conference. So will Osvaldo Coggiola, veteran revolutionary Marxist fighter within both Argentina and Brasil, where he teaches at the University of São Paulo, someone who made a tremendous contribution to the conference.

We will also hear revolutionary Marxist voices from two countries under the siege of imperialism. From Cuba representing the blog comunistascuba.org. and from Venezuela the organisation Opción Obrera, two comrades will share their ideas with the conference participants. Additionally, we will also have a series of individual fighters from Brazil and Argentina address the conference.

Africa and the Middle East

There will be two loyal friends of the Rakovsky Center, two veterans of the anti-apartheid struggle and the fight for socialism in South Africa present. From the Middle East the Secours Rouge Arabe will be represented. And from Iran three independent fighters will take the floor, one of them being a leader of working-class struggles in that country more distant politically than geographically to many countries and regions of the world.

Last, but most emphatically not least, two neighbouring countries, often the object of geopolitical and geostrategic tension provoked by the ruling classes, will be densely represented at the conference: Greece and Turkey. This, of course, is no coincidence. These are the two countries in which the two revolutionary Marxist organisations, EEK and DIP, that have done their utmost to build both the Rakovsky Center and the web network RedMed exist and struggle. They have represented, moreover, and will surely continue to represent, over the years, the fraternity between these two nations in the most uncompromisingmanner in the face of the constant fanning of the flames of hostility in both countries.

In effect, the conference is significant in this other sense, in which these two revolutionary Marxist organisations not only fight against the NATO proxy war in Ukraine, but also possibly war at home in both countries in the near future. For these last weeks and months have witnessed the rise of tensions between the right-wing governments in the two countries over a spate of issues ranging from the status of the Aegean islands to the new US bases in Greece, with the spectre of Cyprus, always present in the background, looming in the not-so-distant horizon threatening the fragile peace between these two countries. We are also waiting for confirmation from Cyprus for participation at the conference.

Greece and Turkey are not only represented by the EEK and DIP. From Turkey, there are overall four organisations, not counting the DIP, that have already stated their willingness to participate in the conference, including the EHP, a long-time friend of the Rakovsky Center, the journal Teori & Politika, the Friends of Palestine Against Imperialism and Zionism Platform, and the journal Devrimci Marksizm, as well as its annual English-language publication Revolutionary Marxism. And from Greece we will host two friendly parties, the NAR and the OKDE-Spartakos.

Forward to defeat imperialism and prevent a Third World War!

We are proud that the Rakovsky Center and RedMed have taken the initiative to bring together all these parties, organisations, associations, journals, and individual fighters from the four corners of the world in an unbendinganti-imperialist and anti-war spirit. We will do our best to see to it that the deliberations of this conference lead to a lasting alliance of the forces gathered and the formation of a much bigger and effective center of struggle against NATOand imperialism.

Humanity is fighting for the survival of life on earth. Let us all bring our contribution to this noble struggle.