Statement of the Revolutionary Workers Party (DİP) of Turkey: Al Quds belongs to the Palestinians! 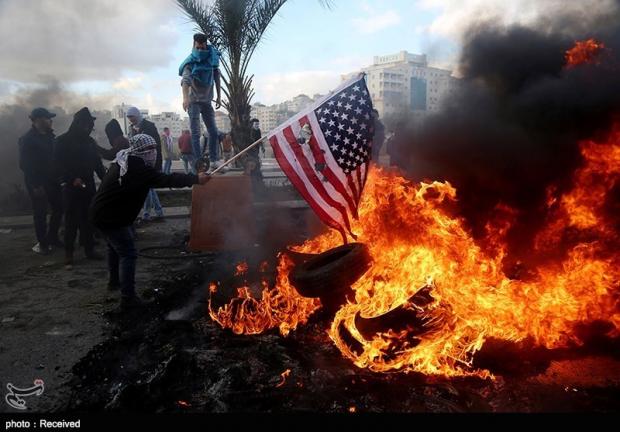 The Zionist occupier state of Israel has for years been endeavouring to de-Arabize Al Quds (Jerusalem), the historic capital of Palestine and to declare it as the eternal capital of the occupier state. In order to fulfil this objective, Zionist Israel represses Palestinian people, slaughters Palestinians young and old alike, takes Palestinian politicians, students, and leaders captive. On the 6th of December, Donald Trump, the president of the US, declared that his administration will move the US embassy in Israel from Tel Aviv to Al Quds. Thus, the US imperialism made definitive its recognition of Al Quds as the capital city of the occupier state.

Trump still says that his administration is determined about the “peace process” in the Middle East. But on the contrary, the government that he leads is the main obstacle for peace in the region! The criminal Israel, to whom Trump gave a pat on the back with his decision, is the imperialists’ outpost in the region. The “peace” established by Trump and his Zionist son-in-law will bring no good to the peoples of the Middle East. This decision will be recognized by neither the Palestinians nor the other peoples of the Middle East. In fact, Palestinians declared day of rages immediately, showing that they will not submit easily to the annexation. Al Quds is the historic capital of Palestine and it belongs to the Palestinians!

The Zionists colonised Palestine under the protection of the English imperialism and established the illegitimate state of Israel. Today, with the help and courage they get from the US imperialism, they are trying to invade the whole Palestinian territory. Imperialism is a threat for Turkey’s peoples as well as for the Palestinians! Therefore, an answer to Trump should not consist of words of reproach. Action to be taken is obvious! Kick the imperialists and foreign troops out of Turkey! Exit NATO and the Customs Union!

The struggle against imperialism will be done with a concrete program, not through empty chatter or jingoistic speeches. The AKP government and Erdoğan didn’t exit NATO although more than a year has passed since the 15 July coup attempt and didn’t shut down the Incirlik military base. They do not have such a program. They are the ones themselves who boasted for being close friends with Trump, signed normalization agreements with Zionists and dismissed the Mavi Marmara Case.

Unfortunately, the Zionist murderers take courage from Turkey, right along with the reactionary Arab regimes which have shaken hands with the occupier state. The Revolutionary Workers Party (DİP) of Turkey presents a concrete struggle program for the working class of Turkey, and calls for a unity and fraternity against imperialism and Zionism.

Al Quds belongs to the Palestinians!

Down with the US imperialism!

Down with the Zionist state of Israel!