Statement on the refugee crisis in the Aegean by DIP and EEK: Don’t let the Mediterranean become a graveyard for the poor once again! Open the borders of Europe! Halt the horse-trading between Turkey and the EU! 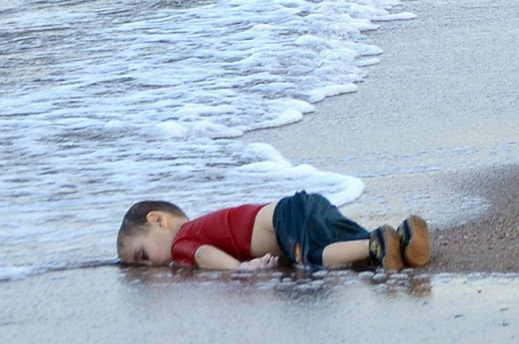 Don’t let the Mediterranean become a graveyard for the poor once again!

Open the borders of Europe! Halt the horse-trading between Turkey and the EU!

The impact on the political and social life in Greece is dramatic. The right-wing Greek government of Kyriakos Mitsotakis has taken a number of extremely harsh measures such as the fortification of the Greek-Turkish border using the army, the special police forces and coast guard, as well as nationalist militias and fascist gangs along the river of Evros and the islands, where many refugees were bogged down already after the Turkish-EU agreement in 2016. Against even the existing international law for refugees and asylum-seekers, with orders by the General Staff of the Greek Armed Forces and the Mitsotakis government was established a one-month suspension of asylum seeking procedures and the immediate return of asylum-seekers who have entered the country. The Greek riot police has already started using chemicals and flash bangs grenades against the refugees pressed between the two countries borders.

The Army has announced military exercises at the border using real fire. The Navy, the Coast Guard and of the European Frontex are patrolling throughout the borders from the Evros (Meriç) River in the North East to Lesbos (Midilli), Chios (Sakız), Cos (İstanköy) and other Aegean Sea islands. Already refugees, particularly children, are reported to have been killed near the Evros river or drowned in the Aegean. Fascist gangs, especially storm troopers of the infamous Nazi ‘Golden Dawn” assisted by Austrian, German and even Scandinavian or Nordic Nazis, are waging pogroms against refugees in Evros, in Lesbos and Chios, attacking as well foreign and Greek journalists, members of NGOs, volunteers in solidarity with the refugees, and particularly anti-fascist left wing organizations and fighters. In their propaganda and social media, the fascists declare; “To get rid of the migrants, we have to get rid first of the Left”.  In the same spirit, the pro-government press, TV and social media, spreading nationalist hysteria and warmongering, are portraying the Left, and first of all the revolutionary internationalists’ as “traitors to the Nation and collaborators of the Turkish invasion”.

Defying all threats and repression, the Greek workers’, popular, antifascist and youth movements are fighting back. On March 5th, thousands of demonstrators flooded the streets of Athens, Thessaloniki, Patras, Ioannina, Larissa, Volos, Chania etc in solidarity with the refugees, against racism, fascism, xenophobia, war and chauvinism, denouncing the role of the government and its masters, the European Union, the US and NATO.

Greece, a country and a people already devastated by the insoluble world capitalist crisis and   a decade of draconian “austerity” , is the meeting point of the eruption of the Middle East volcano and of the  deepening crisis in the EU itself. It is again shaken by a socio-political earthquake that the newly elected right-wing government has already proven to be unable to control.

As a result of all this, tens of thousands of people are still waiting at the borders, in the cold, hungry and facing the threat of sickness, with their children and their elderly. Some of the refugees, while trying to reach asylum in Europe, inevitably cross paths with human smugglers already waiting to take advantage of the crisis. According to reports by the United Nations, between 2014 and 2018 close to 16 thousand lost their lives drowning in the Mediterranean while trying to enter Europe by sea, boarding the small, insecure boats of smugglers. Those who are “lucky” enough to reach Greece will be held in concentration camps called “hot spots”.

The burden on the shoulders of the peoples of Greece and of Europe at large are not refugees, it is the imperialist capitalist system!

As seen in this case as well, fascist movements and all kinds of far right parties in Europe have been using the refugee problem to deflect the anger of the working class and the poor away from the real culprits behind the harsh living conditions they suffer from, that is to say the capitalist class, and direct it to the poor and desperate refugees seeking asylum in their countries by promoting racism. These refugees have fled a war which was and is promoted by imperialism itself, European as well as US. Europe is responsible for the state their countries are in! The refugees/migrants are not “competitors” but victims of the same system that exploits all the peoples of Europe. The burden on the shoulders of the working people of Greece and of Europe at large are not refugees, it is the imperialist capitalist system!

The EU is guilty of having signed an agreement with Erdoğan in 2016 on the back of the refugees that violates international law on the rights of refugees and asylum seekers and keeping them out of Europe by paying the Turkish government a bribe to keep the frontiers closed. Open the borders of Europe to the Syrians, Afghans, and others who are victims of the imperialist-capitalist system!

Refugees and migrants are not bargaining chips, they are our sisters and brothers!

Do not give credence to speeches by Erdoğan and other representatives of the AKP government claiming to host and help the refugees until this day and to have been left alone by Europe. This is a very distorted picture of truth. While claiming that the refugees are the Turkish people’s religious brethren, the AKP government did not even grant the people seeking asylum in the country a refugee status. Eight years on they are still legally labelled “guests”! While Erdoğan boasted about Turkey’s kindness to the refugees, a great majority of these refugees had to suffer and still suffer miserable conditions in the country, working unregistered, receiving a fraction of even the minimum wage with child labor being cruelly exploited, living in crowded, shoddy, over-priced housing and facing racism all the time. As if this was not enough, the AKP government kept playing the refugee card against Europe as if the refugees were just pawns on a chess board—until now, when they decided to use that card finally.

It is the greatest irony to remember that it was the self-same Erdoğan who, only six months ago, in September 2019, in his speech to the General Assembly of the United Nations, reprimanding the West for taking too little responsibility for Syrian refugees, raised a photo of Aylan Kurdi, a young Kurdish child from Syria, who, having attempted to cross the Aegean with his family, had been killed at sea and whose body had washed ashore and found lying face to the ground on a beach in one of the trendy summer resorts of the Turkish coast of the Aegean. How many more Aylans will die as a result of the new decision of the Turkish government is yet to be seen.

Refugees and migrants are not bargaining chips to be used by the AKP government whenever they please, they are our sisters and brothers! The Turkish government itself is also responsible for the very reason these people were forced to leave their homes and their countries, for the Syria policy they followed throughout the years. This policy has been stubbornly pursued for close to nine years now at the service of Erdoğan’s interest in becoming the sole leader of the Sunni Arab world. Turkey must immediately abandon this policy and pull its troops out of Idlib and Syria!

The Erdoğan government has nothing to envy the Mitsotakis government in its repressive measures, of course. Provincial governments have started one by one, with Istanbul at their head, to ban all anti-war demonstrations. The Istanbul governor has also banned the by-now traditional feminist night march on International Working Women’s Day to be held in the central district of Beyoğlu (Pera) leading to the historic center Taksim Square. Other venues are said to be allowed, though police last year plainly attacked women violently as they were chanting slogans against violence against women! The military clash in Idlib is used by acolytes of the AKP and its partner the fascist MHP for fanning chauvinism in the country, with the bourgeois opposition, including the supposedly social-democratic CHP playing second fiddle to the nationalistic rhetoric of government parties.

We call on the international working-class movement around the world to mobilize against the prospect of the Mediterranean once again becoming a graveyard for the poor peoples of Western Asia who are victims of the imperialist and reactionary wars in the Middle East!

We call on the toiling peoples of the Middle East, Europe and the world to stand in solidarity with the refugees against the reactionary Greek government of Mitsotakis and against EU imperialism, leaving the refugees only with the choices of drowning in the Mediterranean, being massed in concentration camps and becoming victims of the police and the military and the Turkish government that is using the refugees as bargaining chips for their own interests!