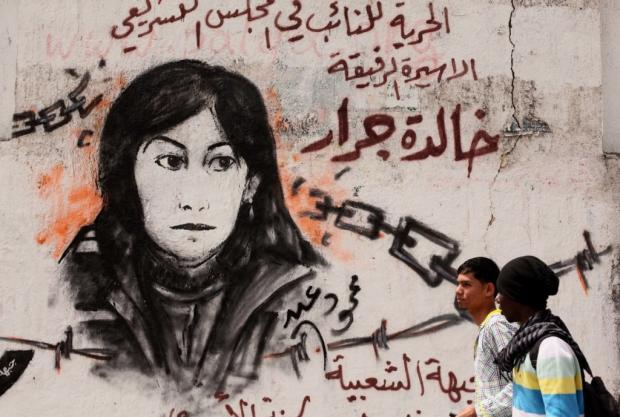 The attacks against the Palestinian leaders cannot suppress the resistance. This is not the first attempt of the Zionist entity to intimidate the Palestinian popular movement. Zionists could not succeed, we are sure they won’t! Khalida Jarrar herself was arrested before in April 2015 and after eight months of administrative detention, she was sentenced to 15 months in prison by an Israeli military court. On the contrary, these vile attacks urge us more to take action against the illegitimate Zionist entity, to do our best to support the Palestinian cause by any means necessary.

As DIP (Revolutionary Worker’s Party) of Turkey, we declare our support to the people of Palestine fighting for the freedom of their land and, in particular, to the Popular Front for the Liberation of Palestine.

While Saudi Arabia and its Arab allies are busying themselves with pressuring their earlier ally Qatar and while Turkey is supporting the latter in this showdown, both sides leave the hands of Israel free to attack the rightful fight of the Palestinian people. It is up to the proletarian and popular organizations of the Middle East and the wider region to take up the struggle against Zionism.

The people of Palestine are not, and never will be alone in their struggle against the illegitimate invader of their land, which is a common threat for all the peoples of the Middle East. Down with Zionism! Down with imperialism! From the river to the sea Palestine shall be free!

International Commission of the Central Committee