Statement by the Christian Rakovsky Balkan Socialist Center and RedMed: Stop the imperialist-Zionist assault on Syria! 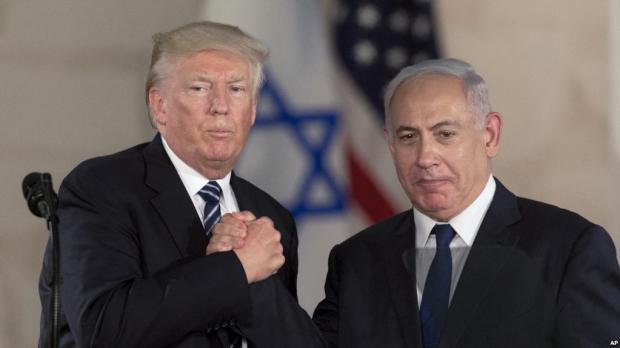 Once again imperialism is employing the pretext of the allegation of the use of chemical weapons by the Syrian army in Douma near Damascus in order to change the balance of forces on the ground in the Syrian war. Military action has already been started by Zionist Israel, either on its own initiative or as a result of a previous agreement with the United States administration.

The imperialist attack on Syria must be stopped. Not only are these plans unjustified with regard to the situation in Syria, they also create a grave danger, threatening a war that extends way beyond the already devastated Syria and the Middle East.

The use of chemical weapons cannot be condoned. However, the evidence provided for the claim that it has been used by the Syrian army is flimsy and the historical record is clear as to the fact that the US has constantly had recourse to unabashed lies in order to create pretexts to resort to military action.

The sources that first claimed that a chemical attack was staged by Syria on 7 April are all institutions financed by the US and Britain. The fact that US officials, including Secretary of Defence James Mattis, had already started talking about the possible use by Syria of chemical weapons before the attack is by itself ground for suspicion. Even Theresa May, the Tory Prime Minister of Britain, the very same person who recently orchestrated the anti-Russian campaign of hysteria on the case of the attempted murder by poison of a Russian ex-double agent along with his daughter, has expressed publicly her disagreement with the warmongering by Trump and his "nice smart missiles" targeted not only on Syria, but also on Russia, saying that "there is no strong evidence".

Added to all this is the miserable record of US imperialism in lying to the world in order to achieve its military objectives. There is no need to go back to incidents such as the notorious Tonkin Gulf frame up that served as a pretext to the decisive escalation of the Vietnam War in the 1960s. The abominable sight of US Secretary of State Colin Powell’s presentation at the UN Security Council on the eve of the war on Iraq in early 2003, during which the US tired to prove to the rest of the world that Saddam Hussein had ample stocks of weapons of mass destruction, is much more relevant. It is common knowledge that several months after the occupation, the imperialist camp itself admitted that there were no such stocks!

Nearer home, in August 2013 there was another allegation of the use of chemical weapons in Eastern Ghouta. The imperialist coalition withdrew from a plan to bomb Israel at the last moment. There were several factors at play, but the decisive one was revealed by the Pullitzer winner US journalist Seymour Hersh some months later. On the basis of evidence obtained from the US Defence Intelligence Agency, Hersh stated that the “the gas used didn’t match the batches known to exist in the Syrian army’s chemical weapons arsenal” and that the attack would much more correctly be attributed to the Al Nusra Front, the Syrian section of Al Qaeda.

The CIA has constantly reported that there is no evidence of Syrian use of chemical weapons. In the incident of Khan Sheikhoun last April, interestingly enough exactly one year ago to the day, in which Trump had a Syrian military base bombed by the US Air Force, serious questions were raised again by US sources.

In the light of all this, the chemical weapons story cannot be taken seriously until further investigation. It is a fact that on the ground there is every reason why the imperialist-Zionist alliance would desperately do anything to change the balance of forces. After seizing Aleppo and expelling the opposition forces, the Russian-backed Syrian army has recently made serious inroad into the rebel-held suburbs of Damascus. So the imperialist camp is out to stop this advance by the Syrian army.

The imperialists are not only aiming at Syria. Behind all this is the intention of raising to new heights the decades-long policy of imperialism of encirclement and isolation of Russia and China with a view to carry the restoration of capitalism in these two powerful countries to its logical conclusion by re-colonising them.

We call on the international working class movement, communists and socialists around the world and in particular in the region, and all anti-imperialist forces to mobilize to stop the imperialist-Zionist alliance. This should be done without any political support extended to the brutal and reactionary Assad regime. The aim of this mobilisation by the working class and popular forces should be to kick imperialism out of the Middle East.

We call on the peoples of all Arab countries and the other peoples of the Middle East, Turks, Kurds, Iranians and others, to unite against the imperialists and Zionists, and the reactionary regimes in the region, to move forward to build a Socialist Federation of the Middle East.