Statement of 8th Plenum of the Central Committee of the United Communist Party: On the situation in Ukraine 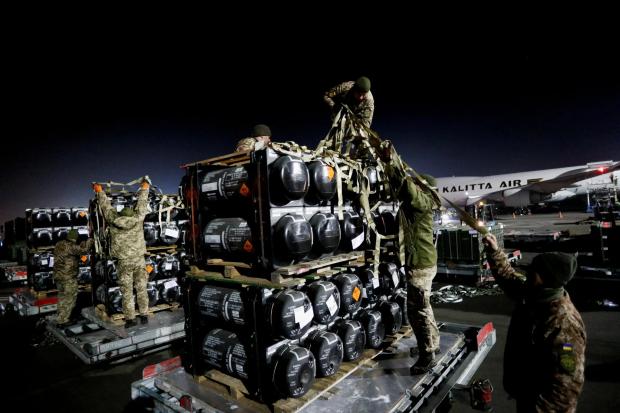 We are publishing the Statement of the 8th Plenum of the Central Committee of the United Communist Party (OKP) of Russia, adopted on 26 March 2022. The OKP is one of the major parties that will participate in the Emergency International Anti-War Conference to be held online this weekend, 25-26 June.

The attention of the whole world is riveted today to the events taking place around Ukraine, in relation to which the Russian leadership is carrying out a special military operation with the declared goal of demilitarization and denazification of the country. The attitude of various social and political forces in Russia to this is represented by the widest spectrum - from demands for the continuation of the "small victorious operation" to calls for an immediate conclusion of peace from the standpoint of extreme pacifism. But now it is fundamentally unacceptable to take an abstract, formal approach to this key problem, it is unacceptable to refuse to consider the situation in all its specifics - from the point of view of the history of its development, as required by Marxism.

The United Communist Party does not single out the current aggravation from the general process that has been going on since 2014, and fundamentally evaluates all its dynamics as a whole. With the fascisization of the ruling regime in Kyiv, the position of the OKP and other left-wing forces became more concrete and tougher. The party has consistently supported the anti-fascist movement, provided all possible assistance to resistance activists, collected and sent aid to the population of the DPR and LPR. Many members of the OKP took a personal part in the battles against the troops of the Kyiv Nazi junta, defending the unbroken Donbass in the ranks of the people's militia of the republics.

The documents of the OKP quite fully reveal the attitude of the party towards Ukrainian nationalism, which flared up on the eve and after the Crimean referendum and the proclamation of the DPR and LPR. We are clear about the root cause of the current events. The roots of what is happening lie in 1991. The capitalist restoration, the division of the united union state could not fail to plant a bomb that blew up Ukraine. The Ukrainian bourgeoisie, having received the power that fell on it, tried to substantiate its dominance in Ukraine ideologically, politically and culturally. For many years, starting even before 1991, together with the intelligentsia, the bourgeoisie opposed the Ukrainian and Russian peoples. The economic crisis that began in 2008 could not but affect both the Ukrainian bourgeoisie and the imperialist center. The comprador bourgeoisie had no choice but to go, in essence, under the protectorate of the West. In order to retain its power, the Ukrainian bourgeoisie actively flirted with fascism, played the card of national exclusivity, fomented anti-Russian sentiments, and introduced social chauvinism into society in every possible way. The economic collapse of Ukraine as a result of the conclusion of enslaving international agreements, primarily the European association, led to the destruction of Ukrainian industry and a social catastrophe. The only option for the Ukrainian bourgeoisie and its patrons to keep control over Ukraine was terror, a de facto ban on opposition activities in the country, and war.

For a single imperialist center (the countries of the Anglo-Saxon world, the EU, Japan), which was formed as a result of two world wars and the victory in the Cold War, the situation after 2008 was rapidly deteriorating. The economic crisis, the rise of Asian countries, the sharp rise in dissatisfaction with neo-colonialism in the countries of the Third World, the fall in living standards in the economic metropolis, the rise in the cost of natural resources inevitably push this center to try to prevent the emergence of a multipolar world and maintain its economic and political dominance over the planet. One of these actions was the economic robbery of Ukraine, the deprivation of its industry and the exploitation of its human resources. In an effort to prevent a rapprochement between Moscow and Beijing, and also in order to have a lever of pressure on Russia, the imperialist center headed for the direct military-political development of Ukraine, turning its territory into a springboard for threatening the Russian Federation.

Capitalism in Russia originated from the expropriation of gigantic public property by appropriation or destruction as part of the primitive accumulation of capital. The ruling class that was formed in Russia inherited all the achievements of Soviet science and industry, which turned out to be burdensome for it and which were partially destroyed, and partially placed at the service of the comprador system. Under these conditions, the ruling group faced two contradictory tasks. The first is the retention and inheritance of already received property, and, most importantly, income from the sale of natural resources and the exploitation of the population of Russia, which inevitably led to a certain economic isolation in the disposal of the assets and income received and the creation of an authoritarian political regime as a guarantor of the economic domination of the mentioned class. The second is the full integration of this class into the global imperialist elite.

After 2008, and especially after 2011-12, there was an obvious split in the ruling class. In 2014, a significant part of big business did not recognize the reunification of Crimea with Russia. Accordingly, the root causes of the extreme inconsistency of the ruling class of Russia in resolving the Ukrainian crisis, which has been aggravated every year, become obvious. For 8 years since the declaration of the DPR and LPR, sufficient political actions have not been taken to end the civil war in Ukraine. The ruling class of Russia in every possible way avoided the recognition of the DPR and LPR by the Russian Federation, and full legal assistance to them. This was paid for with the lives of people, primarily with the lives of those honest fighters who wanted to make the DPR and LPR truly people's republics.

The Russian leadership, infected with cavernous anti-communism and denial of the Soviet experience, was unable to offer any coherent program to the Ukrainian people, except for general words about its “denazification”. The scale of the economic war launched by the imperialist center against the Russian Federation turned out to be a surprise. Years of assertions about Russia rising from its knees turned out to be mantras. And import substitution in many industries is just good wishes. In particular, this applies to the electronic, aviation, automotive, energy, production of capital goods. The split between the two groups of the ruling class has clearly escalated and is gradually moving into open confrontation. The government hastily tried to impose a number of restrictions on foreign trade, to take some limited measures of nationalization and state control over the financial market - but so far the development of the situation does not give reason to assume that these measures will lead to success in the long term. Capitalism, in the course of the current exacerbation, exposing all its vices, as a whole, shows its unsightly essence in front of Russian society. Simply put, capitalism leads to the death of the country. At the same time, we strongly condemn the leaders of the West and their satellites, who allow extremely aggressive rhetoric and threats against Russia, which practically increases the risks of a major war.

The Communists support the recognition of the independence of the Donetsk People's Republic and the Luhansk People's Republic, as well as the idea of ​​denazification of Ukraine. Throughout the world, communists and progressive left forces are consistent opponents of any manifestations of militarism and fascism. However, the following is disturbing. If "demilitarization" - the destruction of the military potential of Ukraine - is in full swing, then we do not see a complete and comprehensive "denazification". The latter cannot be reduced to conducting only military operations with the so-called. "volunteer" battalions, formed for the most part from ideological Nazis and nurtured over the years of active propaganda by Ukrainian nationalists. It is not clear what forces and means will be used to implement this task and whether the Russian state is capable of carrying out denazification, where many civil rights and freedoms are curtailed, peaceful demonstrations, rallies, marches and even single pickets are actually banned, political opposition of any kind, the press and television media are persecuted are under the complete control of the state. There are practically no democratic elections in the country, there is practically no independent judiciary, and the rights of local self-government are limited. One percent of the richest people in Russia owns 50% of economic wealth. It also seems very doubtful and more than characteristic the thesis of President Putin about his readiness to show “what real decommunization means for Ukraine”, and most importantly, whether the latter will eventually turn into “real decommunization” of Russia itself.

The Communists of the OKP are  loyal  to their line of resolute rejection of both the authoritarian-bourgeois "Putin's" regime and its liberal opposition. We reject both pseudo-patriotic calls to "rally around Putin" and pseudo-pacifist defeatism, which is essentially playing along with the neo-Nazi regime in Kyiv.

We appeal to the Ukrainian working people and their vanguard - the communist and progressive left, wherever they are:

Comrades! There is a long and difficult road ahead. In the conditions of the agony of the Kyiv regime and rampant repressive terror, we urge you to be vigilant, to protect your comrades from the arbitrariness of the Ukrainian security forces and Nazi formations. After the completion of the demilitarization process, the Ukrainian communists and leftists must take an active position, demand the legalization of the Communist Party, leftist parties and associations. But the logic of history is inexorable - our countries will eventually embark on the path of socialist transformations. Let us be true to our ideals, we will not allow the bourgeoisie of all stripes, under whatever slogans and flags they may come out, to turn the working people of our republics into enemies!

Together we will win!