Solidarity with the FIT deputies in Argentina against the attack by the Zionists! 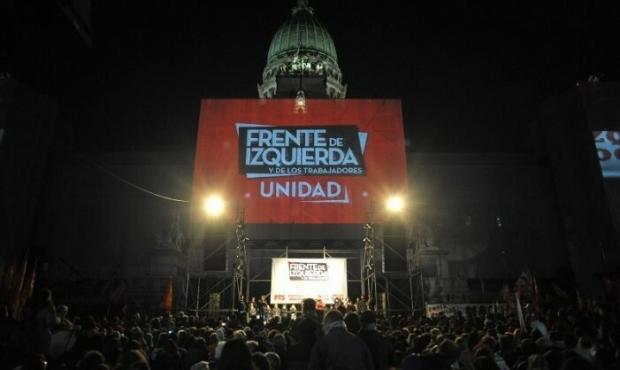 The deputies in the parliament of the City of Buenos Aires of the Partido Obrero (PO-Workers Party) and the Partido de los Trabajadores Socialistas (PTS-Socialist Workers Party), united in the Frente de Izquierda y de los Trabajadores (FIT-Front of the Left and Workers), have been ferociously attacked by the Organización Sionista Argentina (OSA-Zionist Organisation of Argentina) for their position on Zionism and on the rights of the Palestinian people. We condemn, unequivocally and as a matter of internationalist solidarity on the part of a Middle Eastern revolutionary party, this vicious attack on a front and two parties that are a part of the political forces that represent the interests of the Argentine working class and express our solidarity with them.

The attack by the Zionists on the Marxists of Argentina targets the final expression of the opinion and vote of the three deputies of the FIT in parliament regarding a draft law on the definition of anti-Semitism by IHRA (International Holocaust Remembrance Association), a definition that, in reality, serves to justify Zionism by identifying criticism of the state of Israel with anti-Semitism.

The DIP is an internationalist revolutionary Marxist party that struggles in the interest of the working class and the oppressed against the despotic government of Erdoğan in Turkey. It has ceaselessly fighting against the Zionist oppression of the Palestinian people and called for the replacement of the racist and fundamentalist apartheid state of Israel by a secular, democratic and socialist Palestine, a shared country for Arabs, Jews and others. It has been struggling, together with the movement named “Friends of Palestine against Imperialism and Zionism”, against the fraudulent “Deal of the Century”, the designation of Al Quds/Jerusalem as the capital of Israel, the recent annexation project and all other measures, aided and abetted by that arch-reactionry Donald Trump, which seal with a stamp of approval the policy of Eretz Israel, constantly expanding on the historic territory that was Palestine.

“According to the new definition adopted by the European Parliament, the struggle waged by the millions of Palestinians living under the Apartheid regime and of Palestinian refugees dispersed in a variety of countries and whose right of return to their own country is prevented by Israel in total contravention of international law boils down to anti-Semitism. Resisting the violence and the massacres of the armed settlers, who have created a reign of terror in Palestine for decades, and the army of the occupier is anti-Semitism.… Even Jews who raise their voices against the occupation of Palestine, reject Zionism, and support the Palestinian resistance are, according to this definition, anti-Semitic!” (Translation from the Turkish statement).

Leaving aside the crudity and the absurdity of it all in political terms, the adoption of the IHRA definition, to the extent that it becomes law in a country, permits the makes the expression of critical opinion on the abominable racistic nature of Zionism and on the horrible oppression of Palestinians by the state of Israel an offense. Thus it establishes a crime of opinion in shameless manner! This is exactly the ground on which the Zionist Organisation of Argentina moves when it threatens to “bring to justice” the FIT deputies. We also condemn this vile threat for being against all democratic norms. And by adding “La utilización de esa herramienta serápuesta en práctica en forma inmediata por esta Federación en casos como este” (“This instrument will be utilised immediately by this Federation in similar cases”), the Zionists are threatening anyone, not only the representatives of the Argentine working class, with the same kind of sanction.

That Zionism and Israel are purely racist in nature is admitted squarely by the description of Israel as a “Jewish state” in the same communiqué. So, yes, the Marxists of Argentina are culpable of rejecting this racism embodied in the state of Israel and of fighting alongside the Palestinians and the non-Zionist Jews around the world to put an end to it.

So are we! We will stand by the side of the Palestinian people for their right to self-determination and their right of return until the racist, fundamentalist, apartheid state fo Israel is destroyed, to be replaced by a secular, democratic, socialist state, a shared home for Arabs, Jews and others from the river to the sea.