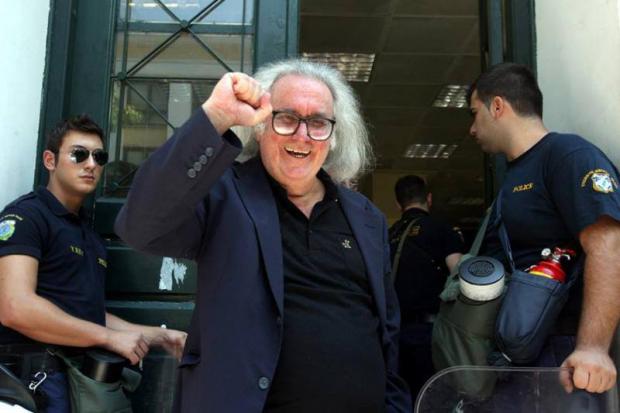 Savas Matsas, Secretary General of the Workers’ Revolutionary Party (EEK) of Greece, will go on trial on 3 September 2013. He is being accused of “defamation” against the fascist party the Golden Dawn because a leaflet issued by the EEK and published in its newspaper, the New Perspective, in May 2009, had characterised the Golden Dawn as a Nazi organisation that instigates racist attacks against immigrants and called for participation into an anti-fascist demonstration. Other accusations levelled at him are “instigation of violence and chaos” and “disruption of the civil peace”. Presenting themselves as innocent and peaceful citizens, the fascists are using the bourgeois state and its institutions in order to wage an assault on the workers’ opposition and the left. In this way, they intend to silence the left-wing press.

The Greek State has endorsed this activity by the Golden Dawn and is bringing on trial on September 3, 2013, Savas Michael, together with the former Dean of the National Technical University of Athens, Mr Constantine Moutzouris (accused of permitting the broadcasting of the alternative web site Athens Indymedia from the space of the University).

At the same time, the Nazis have intensified a non-stop, vicious anti-Semitic and anti-communist campaign against the Secretary General of the EEK, accusing him of being “an instrument of the World Jewish Conspiracy to foment civil war among Greeks to impose a Judeo-Bolshevik regime in Greece”.

The Greek police force are collaborating with the fascists of the Golden Dawn, who are neither prosecuted nor even arrested despite their attacks, armed with guns and bats, against the people and fighting organisations. The judiciary, for its part, rather than investigating into the cowardly assaults and assassinations committed by members of the Golden Dawn against immigrants, is trying to intimidate the combative sections of the working class and the left.

Savas Matsas, alongside his struggle as a socialist militant, is a renowned Greek Jewish intellectual with partial Russian ancestry, a Marxist, an internationalist and an anti-Zionist. He has published many books, ranging from philosophy through religion to art criticism. His latest book is titled Golem. On the Subject and Other Phantoms, in which, apart from his main subject matter, he has essays on Kafka,  Hölderlin,  Lacan, Philippe Lacoue-Labarthe,  Hegel,  Marx and some modern Greek poets such as Andreas Embirikos.He has been translated into many different languages and is a regular contributor to the British Marxist journal Critique.

This case is an instance of the newly-acquired audacity of fascist, neo-fascist or proto-fascist movements in Europe and the collusion of a self-declared democratic state with such a movement. The struggle against it should be international in nature. Already about 2000 signatures of solidarity have been collected internationally and nationally and more are coming every day. Many political and trade union organizations in Greece and internationally have expressed their outrage and solidarity through motions and messages. On August 29, a press conference was held in the headquarters of the Union of Journalists in Athens (ESHEA).

Solidarity in Greece and the rest of the world! Drop all charges against Savas Matsas and Constantine Moutzouris!

Let us put an end to the attacks of the fascist bands in the streets, as well as under the banner of a united front of the left and the working class.