Our common socialist tomorrow is necessary and possible! Appeal to the peoples of Ukraine and Russia, other former republics of the USSR 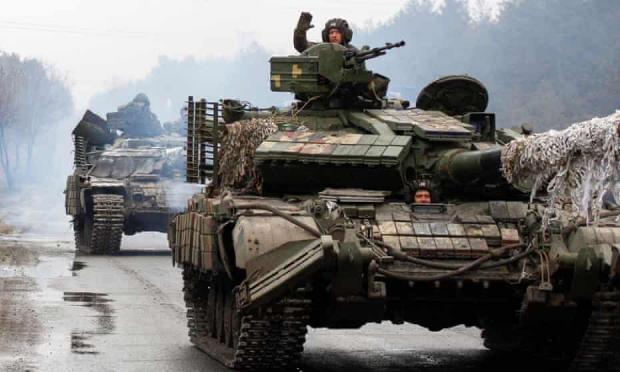 The criminal and treacherous destruction of the Soviet Union is the main cause of the common tragedy of the peoples of Ukraine and Russia, of all the peoples of the former Soviet socialist republics, which has been in effect for 30 years. The revival and prosperity promised by the neoliberals and nationalists, first of all with party tickets of the CPSU, in the near future, almost the next day turned into impoverishment of the majority of the population and enrichment of the minority unprecedented in history, plundering by this minority, presumptuously and brazenly called "elite", in alliance with foreign capitalist predators of the Soviet socialist national economy, its degradation, as well as the degradation of culture, education, upbringing, healthcare, pension and all other socially significant systems, the export of billions of dollars to the West and offshore, the reduction or almost complete loss of all basic human rights, the threatening reduction of the population, the growth of crime, especially organized, drug addiction, prostitution, finally, military conflicts between the former fraternal republics, acts of terrorism. Further following this capitalist path will only aggravate the tragedy and may end in an irreversible historical catastrophe – the final loss of economic and any other sovereignty, the transformation of the former republics into de facto colonies of the West and capitalist transnational corporations.

The way out of this impasse, as emphasized in the Statement of the Soviet Union Association "About the tragedy of the Peoples of Ukraine and Russia and their Socialist Tomorrow!" dated March 5, 2022, is only one - in the mandatory development and phased implementation of a realistic and comprehensive program of cardinal reforms to transform Ukraine, Russia and Belarus, other former Soviet republics into truly social states, in the formation of all necessary and sufficient political, economic, ideological and cultural prerequisites for the restoration of Soviet socialism and the USSR in the future. This is a complex, difficult, long and in some ways, especially considering the hidden and open claims, the whole policy of the capitalist West, even a dangerous path. But there is no other way and there will not be! Either a socialist future, or capitalist barbarism and a concentration camp.

Realistically assessing the situation, it should be recognized that this future, as well as the movement towards it, is necessary and possible, but not guaranteed. Nevertheless, the goal must be set. Whether it will be possible to achieve it depends, first of all, on the peoples and workers, all honest and responsible, sensible people of Ukraine, Russia, Belarus, and other former republics of the USSR. They are primarily responsible for their own past, present and future.

In this context, it seems necessary and possible to establish, already at the first stage, a union state, including Belarus, Russia and Ukraine, as well as, perhaps, Kazakhstan as a powerful core of the future large Eurasian Union of states.

A special responsibility also lies with the communist and other leftists, as well as truly popular and patriotic, that is, parties and social movements that stand for the real sovereignty of their countries, which are obliged to do everything in their power to achieve this goal sooner or later. The leftists in Russia and other former Soviet republics, having overcome or discarded all differences, should unite by creating Popular Fronts (unions), as well as the Union of Communist Parties of the Former Soviet Republics, develop and adopt an emergency program for the de-antiSovietization of their countries and, ideally, a program for the de-antiSovietization of the entire post-Soviet space. Then introduce programs into their national parliaments and force those in power to implement them in full or in part (depending on the ratio of class and party forces, on the unity of actions of the left and patriotic formations). In Russia, this program is introduced by the Communist Party of the Russian Federation or, possibly, jointly by the Communist Party and “Fair Russia”.

The leftists also adopt a program of unity of action and forcing their governments to implement a program of de-antiSovietization.

Leftists and other genuinely popular patriotic forces are seeking to create electoral blocs or nominate their candidates for parliaments and presidential elections on behalf of the party officially admitted to the elections.

Finally, realizing that national "elites", statesmen and political figures belonging to them have their own interests, and having no illusions, nevertheless, following Georgy Valentinovich Plekhanov, let us appeal to them: if you have a conscience and true patriotism, do not hinder the aspiration and to the movement of your fellow citizens into a socialist tomorrow, do everything to help the peoples in their revival, and then there will be a place for all of you to work together for the benefit of our peoples! You directly bear a huge historical, including personal, responsibility for the fate of our peoples and their future.

The necessary priority and mandatory measures at the beginning of this path should at least be as follows.

In the ideological and cultural field:

1. Rejection of anti-Sovietism and anti-communism in state policy in all spheres;

In the political field in the Russian Federation:

1. Return of direct elections of heads of regions, cities and municipalities;

2. Changing the legislation on elections and political parties and holding elections to the State Duma no later than the second half of 2023;

5. Change of the law on the referendum, with the inclusion of an article on the mandatory submission to a referendum of the adoption of national development programs.

In the economic field in the Russian Federation:

2. Prohibition of the export of capital and large sums of money abroad;

4. Restoration on a new scientific and technological basis of the destroyed branches of the national economy (mechanical engineering, aircraft, automotive and others) and the creation of new ones;

6. Renegotiation of contracts with all foreign companies operating in Russia. The share of foreign capital in joint ventures cannot exceed 49%.

7. Russia's withdrawal from the WTO.

9. Introduction of a state monopoly on the production and wholesale of ethyl alcohol.

10. The introduction of a ban on land trade and the establishment of a maximum size of a land plot intended for personal or family use. Transfer of surplus land to the state (national) fund, restoration of neglected lands at the expense of the owners of these surpluses.

In the social sphere in the Russian Federation:

1. Revision in favor of workers of the Labor Code and other codes of the Russian Federation;

2. Raising the minimum wage to the level of the actual double subsistence minimum;

3. Cancellation of the pension reform and restoration of the national pension provision with a gradual increase in the level of pensions to at least 55% of the average salary in the country, depending on the labor contribution (total work experience and average salary over the years of work, including bonuses and other monetary rewards).

Only the full and consistent implementation of these measures will create the necessary foundations for lasting and long-term peace, the well-being of peoples, fraternal friendship and mutual assistance, will create the prerequisites for a new just and free union of workers and peoples of the post-Soviet space, the genuine implementation of the slogan of the Great French Revolution, a new and full realization of the slogans of the Great Proletarian-peasant Russian Revolution:

"Peace to the peoples! Bread - hungry! Factories – workers! Land to the peasants! Power to the Soviets!".