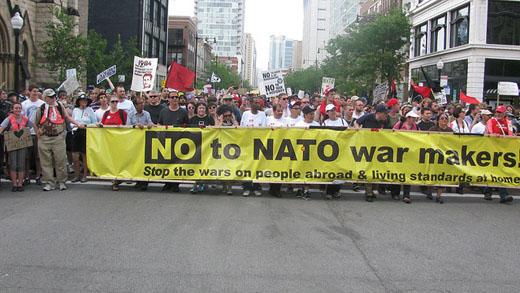 1. Evaluation of the situation.

The basis for evaluation of the war in Ukraine for any Marxist is naturally and necessarily a characteristic of modern capitalism and its contradictions, as well as modern socialism and its contradictions. Just as the basis for the evaluation of capitalism at the beginning of the last century by Lenin, Rosa Luxemburg and other Marxists was their study of capitalism and their conclusions for revolutionary Marxist politics. These conclusions, which are still true, must be supplemented, because capitalism has changed and continues to change. The main thing in this transformation is that capitalism seeks to become finally global, that is, world capitalism, but has not yet become it. To complete its transformation, capitalism needs not just to include all countries in the world capitalist turnover, but to include them in a special way. The contradiction between the two world systems of the XX century, capitalist and socialist, with the destruction of the European part of the socialist system, primarily the USSR, was resolved in favor of the capitalist systems, but not completely and not definitively. The capitalist center failed to make peripheral capitalism in Russia and some other former Soviet republics its subordinate part. Socialism still exists in China, Cuba, Vietnam, and at the beginning of the XXI century, socialism originated in Venezuela and other Latin American countries. Accordingly, the capitalist center faced two interrelated tasks: to absorb peripheral capitalism in central and eastern Europe, in the former republics of the USSR, and to absorb existing socialism.

The capitalist center solved the first task relatively successfully. Without exception, all the former socialist countries of central and eastern Europe, as well as the Baltic republics of the USSR (Lithuania, Latvia, Estonia) joined not only the European Union, but also NATO. Azerbaijan, Georgia, and especially Ukraine also found themselves under the influence and control of the United States, the EU and NATO. But Russia, which initially aspired to join the EU and even NATO, in the XXI century gradually began to acquire and show signs of a certain independence, primarily in foreign policy, but also partly in domestic policy, including in the economy. Thus, Russia has become a definite and increasing problem for solving this first task of the capitalist center. In addition, the means used to subjugate Russia and it into a colony turned out to be insufficiently effective.

For a number of reasons and according to the well-known doctrine of Zbigniew Brzezinski, set out in his book "The Great Chessboard", published in 1997, Ukraine was chosen as the main means of solving this problem, which after the "Orange Revolution" of 2014 became an obedient instrument for the consistent implementation of this doctrine by the capitalist center. It was the implementation of this doctrine that led to a situation when the ruling social forces of Russia, which include groups opposing each other for various reasons, were faced with a dilemma: either actual surrender followed by the inevitable destruction and dismemberment of the country, or a proactive set of actions aimed against the implementation of the US and NATO plan to eliminate Russia and thus aimed to neutralize Ukraine as means of destruction of Russia by the capitalist center, which meant a preemptive military strike on the armed forces and military facilities of Ukraine.

So, based on a brief analysis of the transformation of capitalism and its current state, it can be unequivocally concluded that Russia's "special military operation" in Ukraine is a response to at least thirty years of permanent, purposeful and total policy of the capitalist center, the purpose of which was and is the destruction of Russia as a historical subject and assimilation its resource and economic parts in the form the capitalist center need. The main task of this step is to preserve the country and strengthen its independence, and for this reason it is not aggression, at least in the classical or traditional sense. At the same time, the interests of individual Russian capitalists are not the main, priority and determining ones. The main thing, judging by the actions taken, especially in the "liberated territories", and according to the statements of a number of "experts", as well as Putin himself, is "the return of Russia to its ancestral territories", i.e. the re-establishment of the Russian Empire under the new name of the Russian Federation, and not the USSR. At the same time, it is also an absolute fact that in the liberated territories, Ukrainian citizens and the Russian military administration, with constant significant economic and other support from Russia, are creating jointly a fundamentally new peaceful life. They are restoring social and cultural institutions destroyed by the armed forces of Ukraine, primarily related to healthcare and education, industrial and agricultural facilities, information, energy and transport infrastructure.

2. Criticism of the statements of some left-wing parties

There are a number of pacifist statements and demands in the statements of some left-wing parties about the war in Ukraine.

Some statements still contain unconditional condemnation of the Russian "aggression" and the demand for the immediate withdrawal of Russian troops from the territory of Ukraine. The condemnation suggests that Ukraine is a democratic, independent and peace–loving state, ignoring the fact that Ukraine has not even have bourgeois rights and freedoms for a long time: not only leftists, but all opposition parties in general are banned. Ukrainian ruling regime has been waging war against part of its own people in Donbass for 8 years, and the Ukrainian armed forces and nationalist military formations committed and are committing war crimes every day. So the withdrawal of Russian troops would lead not only to reprisals against the people of Donbass, who did not recognize the fascist coup in 2014, but also against residents of territories already liberated by Russian troops for their active and passive cooperation with these troops. Moreover, the assumption has now become obvious that in reality, in Ukraine and not only there, the capitalist center is waging a so-called hybrid war against Russia, the purpose of which, we repeat, is the destruction of Russia as a state and the subsequent assimilation of all that the capitalist center will get. If this goal were achieved, the fate of the peoples of Russia would be much more tragic than the peoples of Yugoslavia, Libya, Iraq and Afghanistan.

Some statements claim that "the national liberation of Ukraine is a task that requires not only the fight against Putin's army, but also the termination of the Zelensky government acting as a direct agent of NATO." But the fight against Putin's army means participating in the war together with Zelensky's army or as part of it, supported by NATO, which destroys the civilian population not only of Donbass, but also of the Kherson, Zaporozhye and Kharkiv regions, and also carries out terrorist attacks against persons who are work in the civil-military administrations of these territories. Thus, this is a direct assistance to Zelensky's state terrorism, the genocide of the people in the south–east of Ukraine and the implementation of the plans of the capitalist center to destroy Russia, and then China and other socialist countries. Thus, it is also assistance to the creeping fascization of Europe, the United States and, ultimately, the whole world.

Several statements have an appeal: "The Left should call for fighting the war and against the governments leading it, through the international unity of the workers, primarily Ukraine and Russia, by the fall of their respective governments and the establishment of governments of the workers." However, the left in Russia and, especially, in Ukraine are scattered, weak, almost unrelated to the workers, and therefore cannot achieve the overthrow of bourgeois governments, take power and hold it, especially surrounded by capitalist countries and in the absence of sufficiently powerful support of the left and workers in capitalist countries, primarily in the countries of capitalist center. NATO, most likely, immediately, under any pretext, to carry out an aggression against the new socialist state. There is no revolutionary situation neither in Russia, nor in Ukraine, and a significant part of the working people is under the ideological influence and factually under the control of the bourgeoisie.

Finally, in all statements, the thesis is proclaimed as the main one: "But in the current war, the main enemy of every nation is in his country." However, today the main enemy of all workers is the capitalist center, often in alliance with peripheral capitalism in a particular country. In some countries, of which there may be more and more, the local "ruling elite" is a partial, temporary and, of course, extremely unreliable and dangerous ally of workers. In any case, the participation of workers in the "color revolutions" prepared and managed by the capitalist center can only lead to the same thing that the Maidan led to in Ukraine in 2014, that is, ultimately to the transformation of the country into an actual semi-colony.

3. The position of the Association "Soviet Union". What can and should really be done?

The main tasks of the world revolutionary movement and its parts - the revolutionary left parties and workers in the countries of the capitalist center, in the countries of the capitalist periphery and in the socialist countries follow from an adequate description, taking into account the regional and national specifics, of modern capitalism and its contradictions, its previous evolution and emerging trends in the evolution of capitalism. subsequent, as well as from the features of the evolution of socialism in the XX century and the evolution of modern socialism and its contradictions. Obviously, the main task is to prevent the capitalist center from establishing its hegemony throughout the world and transforming the countries of the capitalist periphery and socialist countries into its factual colonies. Therefore, it is necessary such universal and all–round support of Russia, especially of the working people and their political parties, which will contribute - upon completion of the "special military operation" - to forcing the Russian ruling classes to carry out such transformations in Russia and Ukraine, the result of which will be the creation of prerequisites and conditions for the restoration of Soviet socialism and the USSR. As emphasized in the Statement of the Soviet Union Association "On defeat and Victory in the war in Ukraine" on April 22, 2022, only in this way the war in Ukraine can and should be completed not in the interests of national and global capitalists, but in the interests of workers! In order for this to happen, the left and all progressive forces in the world must understand the true causes and nature of the "special military operation" and put up one slogan and one demand: "The imperialists of the USA, the European Union and their accomplices - Hands off Russia and Ukraine!".

In the capitalist center, this support should consist in the pressure of all leftist and all progressive forces on national governments and in other actions against the supply of any weapons to Ukraine, providing it with financial and other assistance, as well as against all anti-Russian sanctions, the emergency admission of Sweden and Finland to NATO, for the dissolution of NATO and all other pro-Western military blocs.

Finally, in Russia itself and in the liberated territories, left-wing parties and workers must seek to force the authorities to carry out pre-socialist and socialist transformations as far as possible, as was stated in the same Statement of the Association "Soviet Union".

In case of unity of action of all detachments of the world revolutionary movement, it is possible to prevent the capitalist center from solving its two main tasks and first forcing the Russian ruling elite to carry out pre-socialist transformations in Russia and Ukraine, and then, perhaps, even carrying out genuine socialist transformations by the workers themselves, and in the future also in other former republics of the USSR.