Not a travel ban, an imperialist siege to Cuba 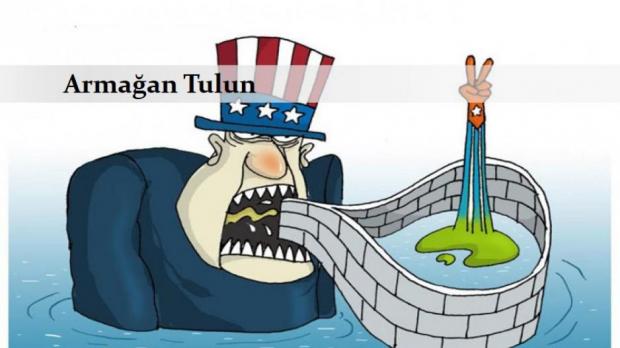 USA, on the 4th of June, announced that new sanctions will be imposed on Cuba. It was -classified under particular headings- possible to travel from the US to Cuba en masse. It was announced that, all group tours and cruise ships are now banned. What is the reason? Cuba's spoiling of stability, undermining the rule of law and suppressing democratic processes in support of enemies of the US in countries like Venezuela and Nicaragua. What they call the law of rule and democratic process is the self-proclaim of the US puppet Guaidó as president against Maduro who was elected by the people! The US support for democratic processes are to try to overthrow Maduro with a coup attempt and to hurl imperialist war threats on Venezuela!

From the very first day of the imperialist coup attempt in Venezuela and the appearance of puppet Guaidó, we have tried to explain the lies and hypocrisy of the US and of the European Union imperialism who immediately took sides with it. We stated that the main goal of the US was to create itself a bed of roses without thorns in Latin America, which it sees as its backyard, and to force into submission the countries that show resistance. We expressed that not only Venezuela but also some other countries, especially Cuba, were on the target. In Venezuela, imperialism tries every possible way from a power cut provocation to a coup attempt, from provoking a civil war to the threat of military aggression and finally to diplomatic traps under the guise of conciliation. The new US sanctions against Cuba -without considering a disguise- are also intended to strengthen the hand of imperialism in Venezuela as well as to put Cuba into trouble economically.

Cuba's response against this move is as clear as the motive of the US imperialism: “The support to Venezuela will continue as long as the Venezuelan people welcome it and this, is not a negotiable topic!”; Cuba is not afraid of the measures that exacerbate the blockade.

This year is the 60th anniversary of the Cuban revolution. For 60 years, the Cuban people have been defending their revolution against the US imperialism. Cuba's last 60 years before the revolution was full of struggles against the rule and domination of the US and its collaborators. History of its struggle against colonialism and imperialism dates back to an even longer history. And the Cuban people today stand for socialism, oppose the imperialist giant right under its nose, say that you can't bring us to our knees with these sanctions and embargoes. Because, they know that they will once again become prisoners of the US imperialism, if they do not. If an island which once was the US paradise of gambling and prostitution, where all kinds of filth was going on in hotels managed by American mafia, has become the safest country in the world today, it is because imperialism and capitalism have been expelled from the island. It is because Cuba is still a country where the gains of the working class are retained, despite the ever-mounting restorationist orientation within the bureaucracy.

The US, therefore cites Cuba's insistence on communism as well as its support for Venezuela for its new sanctions. In fact, it is the working people of Cuba who want to preserve the gains of the workers' state that insists on communism in Cuba, and the existence of a group in the   bureaucracy that is eager to give an end to the blockade by restoring capitalism is no secret. Therefore, the US wants the tendencies towards capitalist restoration in Cuba to come to their rational conclusion and also to break the working class resistance against the restoration by external pressure! For this reason, these sanctions are not simple measures that impose various travel barriers, but are the steps of US imperialism, to encircle Cuba, along with Venezuela and other countries getting in its way in Latin America. The struggle against this siege is in the interest of not only the working people of Venezuela and Cuba, but the working class and peoples of the whole world. It is the duty of all of us to defend Venezuela against the oppression of imperialism and Cuba against the struggle of imperialism to overthrow the workers' state, by any means necessary.