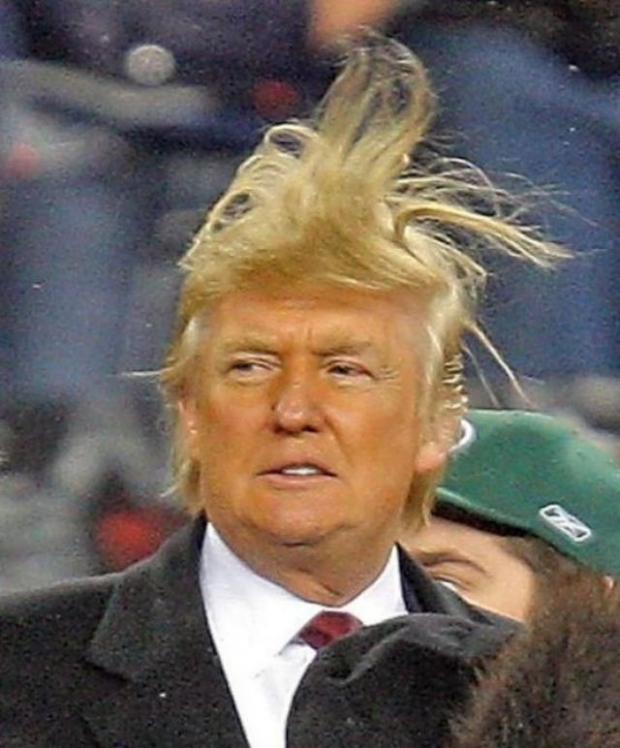 This article was written immediately upon receiving news of Donald Trump’s victory in the US presidential election. It was written in Turkish and was later translated into English by another comrade of DIP.

We can enumerate countless reasons for Trump’s election victory. But the main reason lying behind all the others is the Third Great Depression. The world has entered a new stage after the great financial crash in 2008. What started after that watershed moment was an economic crisis with a rarely seen profundity in the history of capitalism. Depressions are distinguished from the regular, ordinary and shorter-term crises by the impossibility of a spontaneous recovery. Depressions cannot come to an end without gigantic political, military and social upheavals. During this process, the old political structures of society become inadequate for the needs of the new stage. The old system starts to disintegrate all over the world. But this disintegration takes various forms in different countries and regions. Political equilibrium starts to shift to the right and left extremes. In some places this means that either fascism or revolution, or both of them come to the fore. Where one fails, the other becomes candidate for power.

Donald Trump is the incarnation of the success of a sui generis fascism, or rather a proto-fascism, where the left has failed. The readers of Gerçek newspaper and web site know that we use the concept of “proto-fascism” for movements that do not have all the characteristics of fascism, but which could rapidly develop these forms and substances of fascism when the occasion and need occur. The epicenter of these movements in the 21st century is the EU countries. Such are the extreme right movements, especially in countries such as France, the Netherlands, Germany, Britain, Sweden, Finland, and Austria, sometimes called “neo-fascist” and sometimes, in a highly misleading way, “populist”. What distinguishes Donald Trump is that he is a “maverick” fascist. In the first phase of the Third Great Depression, Trump-like extreme right wingers tried to organize a “Tea Party” movement and take control of the Republican Party, but they failed. Donald Trump forms the second wave of the initiative which continues trying to shift American politics to the right. Unlike the “Tea Party” he has succeeded. But the power of Trump is different from classical fascism as well as today’s “proto-fascism” because there is no movement organized as a distinct entity from the state. In this regard, we should consider Trump as a form of reaction and an onslaught of barbarism completely consistent with the traditions of a country where veneration for individualism reaches its peak. This may help us distinguish it from the fascist tendency in the rest of the world. This characteristic is also one its greatest weaknesses.

Bernie Sanders will not get to be a minister in Clinton’s cabinet!

The victory of Trump triggered a deep wave of despair in the US, just as the recent victories of Erdoğan did in Turkey. One can observe this phenomenon in the social media. The most remarkable sign is the crash of the Canadian immigration website. Well-off people, in the United States as well as in Turkey, prefer taking refuge in safe havens to fighting against fascist tendencies! But should fascism triumph, it will track them down in their safe haven! We have absolutely no doubt it will.

Yet falling into despair regarding American society would be a blatant error. There are two concrete reasons for that. Firstly, taken as a whole, these elections saw the rise of not just a “loose cannon fascism” but also of a “maverick socialism”. However, the leaderships which should have steered this socialist tendency to an organized political movement by saving it from this “maverick” aspect shirked their duty and therefore this process of socialist revival has, for now, come to a stall.

Clearly, we are talking about the left-wing revival embodied in the success of Bernie Sanders in the Democratic Party primaries. Sanders represents the biggest success ever obtained by the left in the US elections. However, just after losing the primaries due to the barricades set-up against the left and the crooked practices of the Democratic Party apparatus, he did a volte-face and rallied behind Clinton, whom he had called “the candidate of Wall Street” during the primaries. This was a full-blown betrayal to his supporters who cast 13 million ballots for him, foremost among them blue-collar workers, struggling black people, women and youth, which gave him an immense support and appeared as a massive force full of promise. Yet this comes as no surprise from a reformist “socialist” who has worked for decades in the Senate of the biggest imperialist-capitalist country.

However, Sanders is not the only one to be held accountable for the failure of left. We are more concerned with the accountability of the real socialists than his. The socialist movement of the US bears a considerable responsibility for the dispersal of the fermentation that emerged during the primaries. It pursued a “wait-and-see policy”, with a shallow conception of “our time will come”, notwithstanding the emergence of a serious tendency of working-class support and the active and militant mobilization of the youth. It has thus missed a serious opportunity. The socialist left could have pursued a skillful policy, employing the tactic of the united front vis-à-vis the Sanders campaign without creating any illusions about the reformist leader. It should have tried to steer the dynamic of the 13 million voters into a third pole, a third party and, why not, a mass workers’ party. Even if the socialist left failed, a young social movement, fiercer towards Trump and tempered in struggle, would have been created. Now this potential will turn into daunted, pessimistic and isolated people. Who knows, some of them might have already bought their tickets for Canada. In politics, timing is of the essence.

We should remind our readers that while Sanders was contending Hillary Clinton and even a possibility of his nomination, albeit a long-shot, was looming on the horizon, public opinion polls were suggesting that, compared with Clinton, Sanders was more likely to beat Trump! The Democratic Party apparatus, by underhandedly supporting Clinton and by rigging the primaries, shot itself in the foot! But evidently, this is nothing but new evidence for the tendency of the bourgeoisie to make that decision when they are facing the fascism and socialism simultaneously, unless they are in the desperate straits.

Since the initial stages of the US elections we have clearly asserted, basing our assessment on the main aspects of the Third Great Depression, that although on the exact opposites of the political spectrum, Trump and Sanders represented two distinct responses to a single question. The question is the solution to the massive problems facing the working class, the latter having grown poorer and poorer during the recent decades under the constant attacks of finance capital. These problems range from the  home foreclosures due to their failure to pay mortgage installments under the conditions of the great depression to the decadence of their neighborhoods. Whereas Sanders and the socialists proposed a solution through struggle against capitalism and finance capital, Trump, on the other hand, proposes a solution through racism. When the former failed, the latter triumphed.

Nevertheless, it is easy to offer solutions to the working class, whose living conditions are falling into decay by the day, but difficult to implement these solutions under the profound crisis of capitalism. Profound capitalist crises, especially great depressions, render any kind of peace, even a truce between the interests of the bourgeoisie and working class impossible. The fact that Trump has declared that he will solve the problems of the working class on the basis of racism does not mean that he can simply do that. Already, the stock exchange reacted strongly against the election of Trump. Trump is a capitalist through and through. His solution could never go against the general interests of capitalism. But policy which would wage war against free trade, as Trump promised, would necessarily impair US capitalism and consequentially world capitalism, given that the US is the largest economy in the world. Thus, now that Trump is a statesman, he is trapped between the expectation of his supporters and the needs of capitalism.

This is the second counter-tendency that shows US society has not fallen into the clutches of reaction in a one-sided and irreversible fashion. As Trump vacillates, the expectations of the working class would trigger a tendency towards struggle. Although racism would poison society at first, things would change in time. The pace and concrete forms of this contradiction is hard to predict. But after an initial grace period, the working class might start to struggle against Trump in forms which are difficult to foresee right now. If this can converge with the revival triggered by the Sanders campaign, still alive for the moment, and in the most extreme scenario we can witness a resurgence of left.

New catastrophes on the horizon, as well as new opportunities

Unless the left wages a war against liberalism, one as fierce as proto-fascism does, catastrophes will multiply. Elections will be held in France and the Netherlands in March. In France, Marine Le Pen, the woman president of Front National will almost certainly be the leading candidate in the first round of elections. Although she will probably lose the second round of elections, this means that proto-fascism is knocking at the gates of power. In the Netherlands, the proto-fascist movement led by Geert Wilders is expected to win first place in general elections. Yet, the proto-fascist movements of these countries, too, face the same contradictions. 2016 has witnessed the indefatigable struggle of the French working class against the new Labor Reform, called the El Khomri Law. This means not only proto-fascism but also the struggle of the working class is on the rise.

We should then understand that the future is full of danger, but there is no reason for despair and pessimism. The period that we are going through is a period of momentous struggles. If the socialist left cannot make the best out of this potential, the future might be bleak. But if the socialist left can rise to the occasion with its discourse and its organizing a bright future is for it to seize. Obviously, this potential could prove to be abortive! Everything is up to the policy and success of the revolutionary vanguard of the working class.