Iranian people on the streets again! 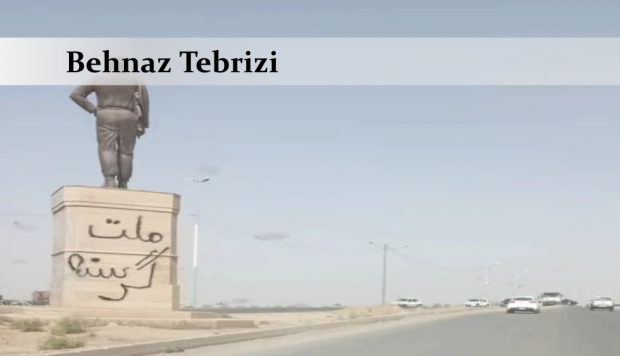 Ebrahim Reisi was elected the president of Iran last August without any serious opposition. The previous president, Hasan Ruhani, was responsible for eight years of neoliberal pillage that led the people deeper into poverty, and he was thus dubbed the “most hated president ever”. Perhaps this has been the bleakest presidential election since the Islamic revolution, as no one really believed the promises of the candidates anymore. The November uprising in 2019 that happened during Ruhani’s presidency shook the pillars of the state with immense rage in all corners of the country. Banks and government offices were set on fire, and hundreds were killed by police fire according to official statements. Reisi was a representative of the conservative “fundamentalist” clique as opposed to the centrist Ruhani. He was among the four people responsible for the mass political executions in 1988. Reisi and his spokesmen constantly emphasised that it would take a long time to repair the damage of the Ruhani period. Indeed, nothing was done to help the poorest provinces, and there were only rumours of an increase in subsidies which were cut down by the previous government. This rumour was so widespread that the banks are reported to earn a lot of money from the service fees of people constantly checking their accounts in ATMs. Yet not a single promise has been fulfilled until now. And now, another uprising has started that closely resembles the November uprisings.

People poured into the streets in small villages, slums of the bigger cities and the Khuzestan province that has long been a theatre of such protests. The response by the government was that the people should endure this “economic surgery” which would undoubtedly be painful. At the same time, they called the people in the streets thugs and “agents of enemy states”. On the other hand, Iranian TV started a round of propaganda to paint the protestors as “looters” who will soon “attack people in their homes and businesses” to agitate the middle-class and the rich against them.

Nowadays, the liberal opposition is very troubled by the so-called “revolution of the hungry”. They consider this name an insult to the Iranian people (but the hunger of the people itself does not seem to insult them); they declare that the Iranian people are only hungry for “freedom” and “human dignity”. The parliament did not take this uprising very seriously and told the people to keep silent and endure this economic transition period. The raised prices of bread, eggs and flour all affect the lives of the poor directly, but the government claims that any subsidy for these items is wasteful spending as “the people should eat less bread”.

The uprising continues in all corners of the country. The cops do not hesitate to repress them with violence. One young participant is already dead, and many are injured. The internet cuts have been a constant feature in the regions where the uprising is powerful. The people scream, “we are not thugs, we are hungry”, “you have a big mouth, but where are the free electricity and water?” and clearly lay out their demands.

The regime’s media, “radio and television of the Islamic republic”, shows forced confessions, lies by saying that the dead person is a revolutionary guard killed by thugs, by fake street interviews that portray the life going on as normal. On the other hand, liberal opposition media outlets like BBC and Iran International continue being an enemy of the people and manipulate the events to their end. These show us that the only friends of Iranian people are the international working classes. The only liberation of the Iranian people is through the steps toward the world revolution. We salute those who paint the streets with their blood, those who fight against all odds, our martyrs. We salute the heroic teachers’ strike going on for weeks and demand the release of all arrested teachers. Long live the just struggle of the working classes, down with the enemies of the peoples!