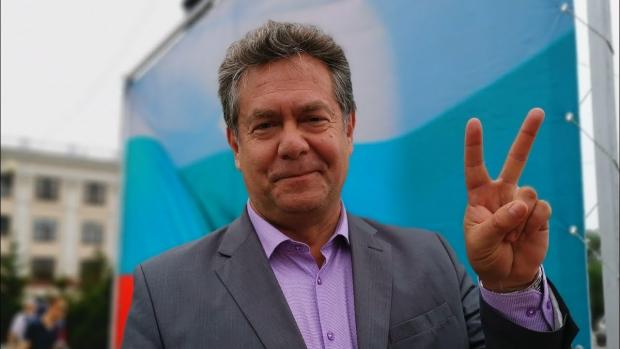 On May 25, 2020, inPowderhorn (Minneapolis, Minnesota, USA), during an arrest by white police officers on suspicion of paying for a packet of cigarettes bought in a store with a fake 20-dollar bill, a black American citizen, George Floyd, born in 1973, died. During the arrest recorded by several observers on phones, Floyd repeatedly said: “I can't breathe....” The news of Floyd's arrest and his death quickly spread to social media, broadcast media and caused a wave of protests by black and white Americans in all US states, accompanied by clashes with police and the National Guard, and new victims, then a wider wave of protests in Europe and around the world.

On June 4, 2020, Nikolai Nikolaevich Platoshkin, a historian, political scientist, former diplomat, head of the Department of International Relations and Diplomacy of Moscow Humanitarian University, head of the Political Party “Alternative for Russia (Socialist Choice Party)”, who heads also the political movement “For New Socialism”, was arrested in his apartment in Moscow. On the same day, the Basmanny Court of Moscow in the criminal case initiated by the Investigative Committee of the Russian Federation against Platoshkin on incitation to riots (part 1.1 of article 212 of the Criminal Code of Russia) and the spread of fake news (part 207.1 of the Criminal Code of Russia), put him under home arrest for two months until August 2.

What a symbolic coincidence!Finally, the Russian “power-holders” have achieved what they wanted, at least in the field of civil liberties and human rights, and what they have been striving for since 1991: Russiahas become like the United States. To no less extent, they have undoubtedly “succeeded” in using or rather abusing the Constitution of the Russian Federation. Already today, no one, no citizen, no billionaire oligarch, no journalist whose program was shut down on one of the television channels, nor the state employee living on a poverty salary, nor the unemployed can be sure that simply for trying to exercise his right, allegedly guaranteed by the Constitution of the Russian Federation, the right to freedom of speech, assembly, demonstration, public expression of civil position and opinion on a real problem of importance to the citizen and the country, finally, just for the dissemination of reliable information, he will not be arrested just like Platoshkin, placed under house arrest or in a pre-trial detention center and, most likely, sentenced on absurd and unsubstantiated charges to maximum punishment.

Such lawlessness is completely unacceptable and intolerable. Therefore, support, in all ways available to you, not contradicting the Constitution of the Russian Federation and Russian legislation, the following simple and obvious requirements in this shameful situation:

1. Immediately release Nikolai Nikolaevich Platoshkin from home arrest, remove the charges against him.

2. Investigate all persons directly or indirectly involved in the arrest of N.N. Platoshkin, and, in the event of an established violation of the law, bring them to justice, regardless of their posts, no matter how high up these posts may be.