For the Gulf Arab Republic! 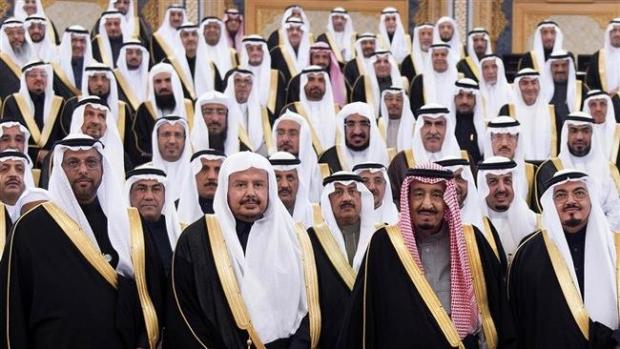 The brutal murder of Jamal Khashoggi in the Istanbul Consulate of Saudi Arabia in a way that would arouse the envy of the most professional horror movie director is, on its own, nothing but a wake-up call.  This murder shows the reactionary nature of the state system constituted by the Saudi state, along with its close allies in the Gulf such as Kuwait, the United Arab Emirates, Bahrain, Oman, and, despite its obvious current contradictions with Saudi Arabia, Qatar.

From the Great French Revolution to the 1880s, that is for a full century, until the Russian revolutionary movement began to stand on its feet, Marx and Engels continuously emphasized that Russia was the was the  primary source of reaction in Europe. What Russia was to 19th century Europe, Saudi Arabia is to the Arab world in the 21st century.

Saudi Arabia maintains the most reactionary form of state. Ruled by a king with an absolute monarchy, it not only beheads even the members of the House of Saud for political reasons, but also abandons its people to poverty and starvation, for the sake of preserving a parasitic dynasty through the exploitation of oil resources. Since the holiest sites of Islam are located in this country, its sphere of influence on the Arab world is enormous. What is more, it extends the influence of petrodollar-backed Wahhabism --an extremely reactionary interpretation of Islam-- on the Islamic world.

Saudi Arabia employs and exploits millions of migrant workers from the poor countries of Asia such as Sri Lanka, Indonesia, Philippines, Pakistan, and so forth. Migrant workers, whose passports are appropriated by Saudi middlemen of the labor market, are employed without any rights and hence under constant threat of deportation.  Suffering terrible conditions of accommodation and nutrition, migrant workers are forced to work for ten to twelve hours a day without overtime payment. The right to unionize is not even an option. Just as in ancient Greek city-states or in South Africa under apartheid, the social structure of Saudi Arabia (and its neighboring countries) is based upon a strict division between the various classes.

The degree of oppression over women in Saudi Arabia is incomparable to that of other countries. Even the female members of the House and of the bourgeoisie are exposed to this oppression.

Saudi Arabia exerts heavy pressure on its Shiite population. At the beginning of 2016, it executed Sheikh Nimr al Nimr, the leader of the Shiite population in the eastern parts of the country, because of his leadership to the masses during the Arab revolution.

Even though Saudi Arabia pays lip service to the struggle against the colonization of Palestine, it has always been friendly towards Israel. It is also the closest ally of US imperialism, especially in the Trump era. Its relations with European imperialism, especially with France, are also very strong owing to its massive military purchases.

Most importantly, Saudi Arabia is the center of counter-revolution in the Arab world. Saudi Arabia was the actual power that defeated the Arab revolution in 2011-2013. It bought off Egypt and became the primary supporting force behind the Bonapartist dictatorship of al Sisi. It suppressed the revolution in Bahrain by occupying the country with the armies of the Gulf Cooperation Council. It attempted to put an end to the revolution in Yemen with a strategy of “orderly transition” and caused a civil war to erupt instead of a revolution. As the civil war resulted in the conquest of power by the Shiite Houthis, Saudi Arabia started bombing civilians, women, children, funerals and marriage ceremonies, leaving the country on the brink of one of the biggest famines in recent decades. The uprising in Syria, which displayed a revolutionary character only during the first six months, from March to September 2011, was also degenerated by Saudi Arabia as it turned this uprising into a catastrophic civil war by supporting, arming and financing sectarian-takfiri armed bands. It absorbed the revolutionary stirring in Saudi Arabia by providing monetary concessions to its people.

Saudi Arabia once again proved that it represents the most significant barrier against social movements in the Arab world, when it financially supported King Abdullah II of Jordan in order to extinguish the fire of the people’s uprising last summer against IMF program.

Most of other Gulf countries (primarily Kuwait, United Arab Emirates and Qatar) are successors to fishing villages, which were transformed into states at the beginning of the 20th century by British imperialism with the aim of using them as bridgeheads. They are oil and natural gas companies set up under the guise of dynastic states. Just like their Saudi counterpart, they are rentier states, whose political formations are artificial.

If the workers and laborers of the Arab world, as well as the oppressed peoples of the Middle East are to throw off the yoke of the existing political order, one of the most significant duties of the Arab Revolution, or the Middle Eastern Revolution more generally, is to destroy especially Saudi Arabia along with other dynasties of the Middle East. It is not possible to find a solution that would serve the interests of the laborers and oppressed peoples while these regimes remain in power. It is of absolute necessity that a Gulf Arab Republic replace these medieval regimes. The artificial states (the UAE, Kuwait, Qatar), established by British imperialism and currently used by the US imperialism, should perish. The territories of these states should be cleansed of imperialist military bases and armies and a single Republic in the Gulf should strive to maintain equality among peoples. (The view advocated here is not the author’s individual opinion but rather a part of the program of DIP –the Revolutionary Workers’ Party-- on the Middle East. See (in Turkish) https://gercekgazetesi.net/dip-bildirileri/dip-bildirisi-ortadoguyu-emperyalizme-siyonizme-ve-mezhep-savasina-kurban-etmeyelim.)

This historic step will probably be taken as a result of the pressure of a very strong Arab revolution. During the era of Nasser and the Palestinian liberation struggle, the bourgeois revolution failed to achieve this task. This task now falls on the back of the leadership of the working class and of laborers. The tradition of working class struggles in Tunisia and Egypt as well as that of Tahrir Square will lead the way in this revolution. However, unless the revolution defeats Saudi Arabia, the House of Saud will crush the revolution.

If the revolution triumphs, the Socialist Federation of the Middle East and North Africa, including the Gulf Arab Republic, will form the road to emancipation.

This article was first published in Turkish on the web site www.gercek.net. It was translated into English by a comrade.