Greece in flames: the prelude of the European Revolution 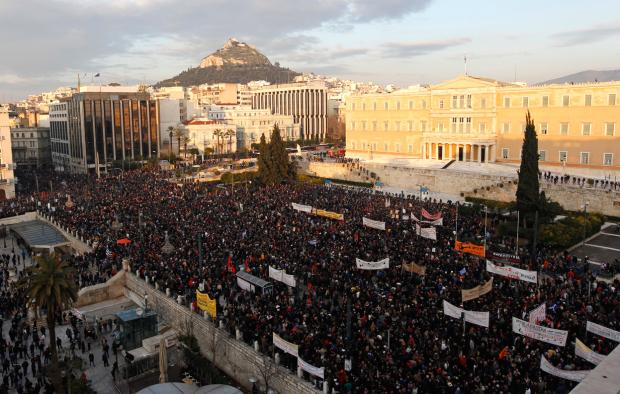 The worst fears of the ruling classes of Greece and Europe are becoming true:  an uncontrollable social explosion is under way in Greece. When these lines are written, late in the night on February 12-13, 2012, the violent clashes and street fights between demonstrators and the riot police, in the center of Athens and in other cities all over the country, still continue.  The phony “majority” that just voted in Parliament the new package of measures of social cannibalism imposed by the troika of the EU, the European Central Bank, and the IMF cannot and will not stop the Greek social wild fire to  expand in the country and spread beyond Greece, all over Europe and internationally.