The Foretold Death of Posti 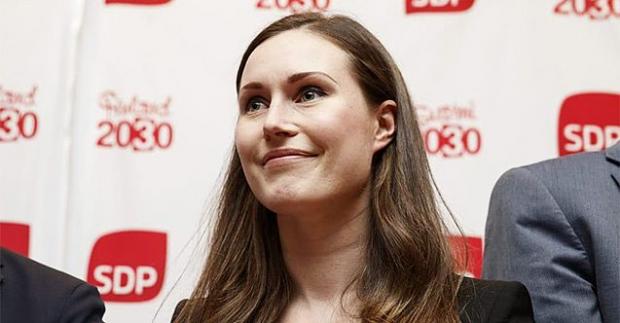 The establishment of Posti dates back to almost 400 years ago. Its role in facilitating parcel transportation and logistics, key components of the modern industrial economy, has been crucial for Finland. It is also a very prestigious public company, which explains why, in an effort to erase this popular image, its name has been changed multiple times and yet, in the end, was reverted to Posti.

The slow death of Posti started with the decision to turn it into a profit-seeking, albeit publicly owned, enterprise in 1990 so that it was no longer directly funded by the state and its main mission was no longer providing a service but rather making a profit. The neoliberal idea that state-organized services were inefficient and the profit motive was the cure to all illnesses was in its heyday. The assaults were further intensified by another event, Finland’s admission into the European Union in 1995.

The murderous intent was announced decades ago, with the “Competition Law” of the then European Economic Community and later the EU. It announced its intent strikingly clear in the “Treaties on the Functioning of the European Union” 102 and 107, which mandate that market forces shall be in full effect in every sector of the economy and no state activity that would challenge this is allowed. The maxim of “No one shall interfere with exploitation” is carved into the core of the imperialist machinery called the European Union.

In crime thrillers, it is deemed enough to have the weapon, fingerprints, and the motivation for the act to find the criminal. In the murder of Posti, we also have the cold-blooded and boastful confession of the perpetrator, and yet find ourselves bewildered at the results in each step. This time the public is outraged at Posti’s recent proposal to replace, in its entirety, the provisions of the existing collective labor agreement with the provisions of a much cheaper agreement. Yet all of this was announced years ago by the very President and CEO of Posti in 2015: “It is critically important for Posti to secure its competitiveness and profitability, (...) and we are making excellent progress towards achieving this goal”. “Competitiveness” is what bourgeoisie thinks when it’s about to tighten the noose around a worker’s neck even further. But do not think this is just a maverick CEO acting on his own. In the very same year, the Finnish government was preparing plans to cut the government’s share in Posti from 100% to 50.1! At this moment, we can clearly identify the Vicario twins of Finnish Bourgeoisie and the EU. And now that we better understand the antagonists in the story, let us turn our attention to the protagonists.

The strike that shook the Rinne[1] cabinet

Posti’s insistence on nullifying the current collective agreement and replacing it with a much less favorable one and in particular moving 700 workers’ contracts to private subsidiaries was met with the resistance of the Finnish Post and Logistics Union (PAU) which escalated to a 3-week strike. The strike was meant as a countermeasure to Posti’s proposals and did not demand any improvement to the conditions of Posti workers. If Posti’s plans were to be in effect, it would mean 30% - 50% reductions in earnings. And all this in a company that pays its CEO millions of euros each year.

The strike went on for almost 3 weeks and its impact was felt in all corners of the society. Undelivered invoices, online purchases, laboratory results, etc. meant that the business was clearly not as usual during that time. A lack of resolution during the negotiations and a possible extension of the strikes implied massive loss of revenues from the coming Black Friday sales and perhaps even the Christmas shopping period. Not only that, but the austerity-fatigued Finnish working classes joined in solidarity strikes, including aviation workers, seaman and bus drivers. Collective workers’ struggle eventually prevailed and Posti has withdrawn its proposals.

To the dismay of all flavours of liberals who proclaim the end of class politics, these actions also had ramifications in the political scene. Initially, the eyes were naturally on Finland’s Minister for State Ownership Steering, Sirpa Paatero, who claimed ignorance on Posti’s plan to transfer the contracts of 700 workers to private sub-contractors. Posti board of directors immediately refuted that with proofs of communication and she resigned from her post. But this did not calm the storm as it was later revealed that the prime minister Rinne himself knew of these plans and implicitly gave them the go-ahead. This was a huge blow to the leader of the current “center-left” coalition government, even more so due to his past as a union leader. The final blow came from the opportunists of the Center party, which seized this chance to win back some of its votes that it had continuously been losing to the Basic Finns (PS) Party. They declared their distrust of Rinne as a prime minister and that the current coalition would only continue if he was replaced. Knowing that their votes have dipped they could not dare to call for an early election. Yet this move sealed the deal for Rinne, who resigned and gave his post to Sanna Marin, a social democrat woman currently advertised as the youngest Finnish Prime Minister, who came from a working-class background and whose mother is a lesbian[2]. Such is the desperation of a “social democratic” party and a “center-left” government who came into power with harsh criticisms of previous government’s anti-worker legislations such as the active model, healthcare privatizations and competitiveness pact resulting in unpaid overtime work and wage freezes; they are advertising a political leader, not with her political achievements, her legislative past or some relevant ability; but instead with a bunch of identities (i.e. young, woman, working-class, related to lesbians) in a cheap attempt to "vote-grab". It is the despair of a government who knows the anger that got them elected can soon turn against them. And the only thing they can do is virtue signaling, pinkwashing and hoping for the best.

The inability of the current “center-left” government to substantially defend, let alone advance, the condition of the Finnish working classes has been displayed many times already during their first six months in government. Yet even the shy third-way social democrats look threatening at a time of global depression and waves of uprisings all over the world. Recently they were warned by the EU commission that their programme could violate fiscal rules[3]. Furthermore, the IMF declared that it is unlikely that the budget would be balanced by 2023, the end of the current term[4]. At the same time, Finland is still being shaken by one strike after another[5] [6]! There could not have been a better indicator for the conundrum EU finds itself in, where even the smallest of vitally necessary concessions are impossible. Third Great Depression is causing eruptions in every corner of the world and bourgeoisie cannot take the control back easily.

The political ramifications of these are felt not only for the parties in the governing coalition but for the whole landscape of Finnish politics. The proto-fascist party of PS has been surging poll after poll, now reaching almost 25% in the latest polls, while the Social Democratic Party, which was the largest in the last elections by a very small margin, dropped to the fourth spot. Even among this political crisis and their surge in the polls, the PS refuses to call for an early election, perhaps predicting that the next shockwave of the crisis would leave them in an even more favorable position. But that is only one part of the equation; the slow but ever-progressing disillusionment of the Finnish public by mainstream politics presents another possibility: the return of socialist working-class politics back into the center of politics. This will be achieved only by refusing the blue pill of EU and removing the decades of Post-Leninist and Post-Marxist rubble lying on the foundations built by the revolutionary socialists of Red Finland.

[1]Antti Juhani Rinne was the prime minister of the center-left coalition until recently, he resigned after the scandals related to the Posti strikes were uncovered. He was also the leader of the social democrats and prior to that the Union of Private Sector Professionals.[2]https://yle.fi/uutiset/osasto/news/finland_to_get_youngest-ever_pm/11108189