The European election results in Hungary show a restructuring of opposition 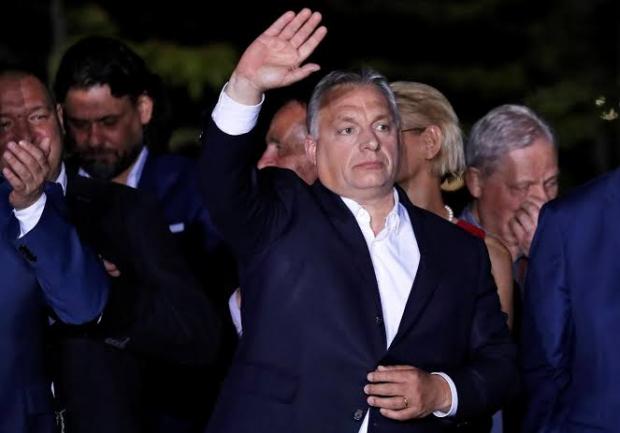 We will be publishing articles on the results of the elections to the European Parliament of 2019 written by our comrades and friends from the different countries. After a general overview by our comrade Sungur Savran, we are beginning the country surveys with Hungary, with an article by our friend Matyas Benyik.

As a result of the 43.36 percent Hungarian participation rate, the record voting of all previous EUP elections in Hungary, the right-wing FIDESZ-KDNP coalition obtained 52.14 percent (1,777,757 votes) and could send 13 members to the European Parliament. Prime Minister Orbán reiterated his previous performance (fortunately he could not increase it) and his power seems to be rock solid, but the triumph of the pan-European extreme right was lost, European conservatives, social democrats, liberals and greens consider Orbán as even more terrible than he actually is. Orbán`s Eastern European and Central European allies have generally weakened and are declining. The European conservatives and other moderate, albeit not so loud, have taken on Orbán's perception while cursing the racist Orbán. Orbán agrees with the right-wing-liberal forces in which there is no dispute between them. No one wants “population change" (to use this Nazi concept ...), refugees do not yet come, mass expulsions are going well.

Practically, we cannot talk about opposition in Hungary, as the neoliberal capitalist economic policy of PM Orbán has been made known to neoliberal constraints by politicians who have become neoliberal; and the anti-fascist opposition tried to give the fascist response to the hysterics of the influx of Ukrainian pensioners and Ukrainian migrant workers, as well as to the fascist hatred of the government. The opposition did the same thing as Fidesz does, namely it did not want to offer either an alternative or want to confront.

Solidarity and humanism, the left-wing idea of a community society, would have had to confront Fidesz with a total political confrontation. However, the task was very simple because the opposition would have been right! It is not possible to argue with the facts, and Fidesz's lies could be unmasked on every front, and even the huge media dominance of the government parties could not compensate for the truth. Instead of a massive left-wing opposition we could see a right-wing opposition!

All self-conscious democrats blew up when the opposition – instead of putting the program for management of the social crisis into the discourse and propagating the (never-existing) social program, they were busy with the efforts how to achieve a partnership with the Movement for a Better Hungary, i.e. the Nazi Jobbik. That's the reason why Jobbik was cleaned up from its extremists who established the Our Homeland Movement (MHM) a year ago.
The second place of EUP elections went to the Democratic Coalition (DK) list led by Klára Dobrev, wife of Ferenc Gyurcsány's party president with 16.3 percent of the votes (554,286 votes). With this result, DK can send 4 MEPs to the European Parliament, two MEPs more than 5 years ago. The party of Gyurcsány and Dobrev won the opposition audience's sympathy because it was unforgiving, so to say, to hate Orbán. But we know that DK -to put it mildly- has never been and is not a left-wing at all, but a fully (neo)liberal party.

The third place is won by the Momentum Movement, which was surveyed by the poll researchers around the 5 percent threshold, at 5-7 percent, in the last research before the election. But the Momentum Movement not only got in the EUP, but with its 9.92 percent result (338,314 votes), two new MEPs, namely Katalin Cseh and Anna Donáth can be sent to the European Parliament. The great success of Momentum is mainly due to the infinite demand for (young) “new faces”, as well as to the fact that suspicion of its collusion with the Orbán apparatus has never been touched.

Making the Momentum's result even more interesting is the fact that the green party Politics Can Be Different (LMP) polled between 4 and 6 percent by the public opinion polls has not even reached the threshold, but with its 2.2 percent result (with 74, 554 votes) it was brutally defeated. In addition, we have to remind you that LMP achieved the best results of its history at the last Hungarian parliamentary election just a year ago. On top of that it is worth mentioning that LMP was preceded also by the extreme right Our Homeland Movement (MHM) with 3.33 percent (with 113,529 votes). MHM was established from the membership of the far-right Jobbik just a year ago, reopening of racism to our public debate.

Even the Hungarian Two-Tailed Dog Party using absurd humor and community activism as an internal policy tool has got better results than LMP (89,635 votes, 2.63 percent). By the way, the public opinion polls company Median in its recent research measured László Toroczkai's MHM party at 2 percent and the Two-Tailed Dog Party at one percent.

Among the nine registered Hungarian parties the last place went finally to Gyula Thürmer`s Workers Party (Munkáspárt) with the acquisition of 0.42 percent of the votes (14,385 votes), which is very interesting in view of the need for the party to collect minimum 20,000 signatures for valid participation in the EUP elections.

Although the coalition of the Hungarian Socialist Party and Dialogue (MSZP-Párbeszéd) at last Sunday`s EUP election was slightly ahead of Jobbik. but their victory proved to be pyrrhic: only 6.68 percent of the votes (227,786 votes) were won by MSZP-Dialogue.

The far-right Jobbik party also fell enormously, and received only 6.44 percent of the votes (219,539 votes), which made the openly racist Our Homeland Party very close to MSZP-Párbeszéd.

With this above result, MSZP and Jobbik can send only one MEP each to the EUP, and Párbeszéd`s previous MEP Benedek Jávor, an environmentalist, must say goodbye to the Brussels politics, because he was the fourth in the MSZP-Dialogue list and it is not enough for him to get in the European Parliament. The MSZP's board will decide this Saturday whether MEPs István Ujhelyi or Tibor Szanyi will receive the sole socialist mandate.

Finally, we can summerize the main reasons of the EUP election failure of the opposition as follows:

1.) There was no opposition, but only Fidesz like parties

Indeed, we cannot talk about opposition in Hungary, as the neoliberal capitalist economic policy of Orbán has been made known to neoliberal constraints by politicians who have become neoliberal; as well as the anti-fascist opposition, which had previously been an anti-fascist, tried to give a similarly fascist response to the hysteria against Ukrainian pensioners and Ukrainian guest workers. The opposition did not want to offer either an alternative, or wanted to confront Fidesz.

Obviously, collaboration with Jobbik was a tremendous tactical error and just only further eroded the democratic opposition.

3.) There was no program for managing the social crisis

A social crisis management program should have been elaborated independantly of the the ruling regime`s propaganda, and only this kind of program could mobilize the majority of the people. This program could have been distributed, promoted, introduced, accepted and published among the people. Such a program currently does not exist. The elaboration of such a joint program is urged and encouraged by the European Left Party alone.

4.) Instead of collaboration of the opposition the expansion of democratic ideas and spaces are to be be preferred

It is not the question of the cooperation to overcome the ruling Fidesz, but our main task is to unveil their lies and do not get defensive, we should begin to advertise our own social crisis management program. Particularly, it is a horrible idea and a dead-end to collaborate with Jobbik. This has led to the loss of many conscious, vertebrate, or most valuable, activists.
5.) There is no solution, but to change the opposition

With the current opposition, it is impossible to change the ruling government and we have to confess: it is even unnecessary. There is no need for a change of government if everything remained unchanged as it was in the past, and the new one would commit the same mistakes and sins in politics, economy and society.

Our task is to build up a new left, but the first thing to do is to replace the current incompetent opposition.