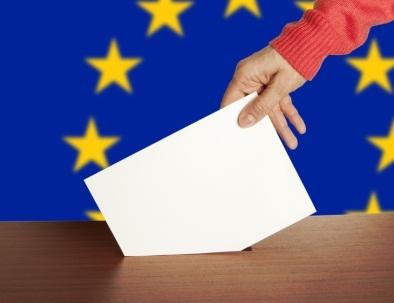 That the political parties have used the 25th May elections as a poll of people’s preferences for the November presidential elections – is not an interesting aspect. Nor the circus these parties made already long before the elections, by always new scandals related to words, false political attacks on each other, and the reciprocal disclosure of real robberies made by ‘very important persons’ from each of these parties: but never concluded with drastic punishment. (Some very few important members of these parties came to prison in the last 2-3 years, but this does not ‘compensate’ the deep social injustice and the infringement of the law and democracy by those who voted for the ‘rule of law’). Nor the fact that just this monkey business and the frequent information concerning the European unemployment and the absurd mismanagement of the common problems by the Bruxelles bureaucrats – have contributed to the dislike of the majority of population absent from the ballot. Nor that the ‘winners’ are: the already in power Social Democrat Party’s ‘coalition’ with the Conservative Party and the National Unity for the Progress of Romania party (with 37, 6%); the liberals (15%) and democrat-liberals (12,23%) – explicit right-wing parties; and a liberal ‘independent’; and the Democratic Alliance of Hungarians in Romania, 2 members in the European Parliament (http://www.ziare.com/alegeri/rezultate-alegeri-europarlamentare-2014/alegeri-europarlamentare-bec-a-anuntat-rezultatele-finale-1301577).

But if we look at the political actors (by the way, the liberals were ‘allied’ with the social-democrats till recently, now, after the European elections, they seek to unite somehow with the democrat-liberals), at their names and ‘coalitions’, their common disastrous policies, their common “trans party” theft of the former public goods of the population, we do understand that no part of these actors is beneficial for Romania.

And generally people understand this: one of the most common Romanian hit is, already from years, “These ones – thieves, those ones – thieves / fuck them all and leave”. More: in periodical polls about the state of the nation and its future, more than 70% say that the direction Romania follows is bad. And about 60% consider communism a good idea, with positive practical influence (http://www.ziare.com/articole/sondaj+romani+comunism).

However, this attitude is passive. In fact the high absenteeism (67,56%; the participation rate was only 32,44%, http://www.ziare.com/alegeri/rezultate-alegeri-europarlamentare-2014/alegeri-europarlamentare-bec-a-anuntat-rezultatele-finale-1301577) indicates rather the powerlessness of people, actually, their consciousness of powerlessness and their “only” solution: the refuse to vote in one way or another.

But the “first” solution is indeed – and I am concerned with – the non-vote. This means the refutation of the fraudulent political procedure of the capitalist democracy, absolutely separated from both the economic and social fairness, and the juridical equality and universal respect of law. I think that this “first” solution is sine qua non, but it must be followed by just the opposite (to the present one) programme of policies advanced from the standpoint of and by large categories of population, with ad hoc political structures. The political organisation/discipline of these structures is not impossible if all of them start from the clear and concrete opposition to the present state of things.

Those who expressed their ballot are, first of all, the resolute at most 20% of the population. They are the tiny layer of employers and the significant number of bureaucracies, aiming to keep their privileges: military and intelligence services (by the way, before 1989 it was a single Securitate, now there are many, both state and private), priests, university and cultural – including media – superiors, managers and bancocrats, parties and state all kind of chiefs. It is no surprise that in Bucharest the sector with the highest participation (21,04%, http://www.gandul.info/politica/rezultate-la-alegerile-europarlamentare-2014-si-exit-poll-cine-a-castigat-alegerile-europarlamentare-potrivit-sondajelor-de-la-iesirea-de-la-vot-12649176) was the I sector, that where these bureaucrats live. All of these, ‘divided’ according to political sympathies, know very well that only the continuation of the present ‘democracy’ guarantees them the force of their privileges.

But there were, obviously, people exterior to this layer who voted from inertia, from confusion, from sympathy or antipathy to one personage or another. From confusion, this is the most important cause.

Therefore, absenteeism should have been bigger than 67% and it must be one of the objectives of the left: to not vote because there is no longer any “lesser evil”. And, certainly, the other end of the left – in fact, the first – is the development of class consciousness, of rationalist thinking all the way about society: of humanist activism.