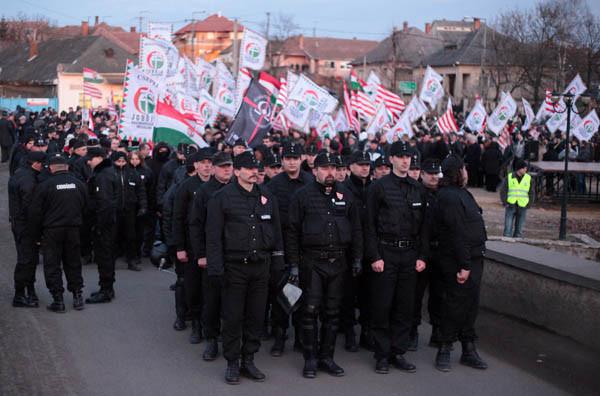 Evaluation of EP elections in Hungary in 2014

The ruling right wing Fidesz gained an overwhelming victory in the EP elections: the ruling party acquired 51.49% of the votes in the low, only 28.92% turnout and 12 MEPs will be sent to the EP out of Hungary’s total seats of 21. The ruling party improved its outcome by almost 8 percentage points compared to the results in the national elections last April, while Jobbik reached the second place with 14.68%, which means 3 seats in the European Parliament.

The turnout was below the all-time worst, though PM Viktor Orban drew the attention to Hungary’s highest participation rate among the six Central European countries. Fidesz has the best results among the European People's Party (since it won the biggest share). According to Orban the MEPs must represent the interests of Hungarians. “Everybody should fight, I welcome the [freedom] fighters”. He congratulated all MEPs regardless of the party colors. Then he called up the MEPs to serve the Hungarians with honor.

The real surprise is the appearance of the left-liberal forces: the MSZP reaching 10.92% of the votes slipped to the third place, which means only two EP-seats, while the Democratic Coalition led by ex-PM Ferenc Gyurcsany causing serious surprise reached 9.76%, which means also two EP seats. Immediately behind them the party of ex-PM Gordon Bajnai, the Together 2014-PM has 7.22%, which represent one EP-seat.

MSZP party chairman, Attila Mesterházy has offered his resignation to the Presidency of the Socialist Party National Board. He said: “We sadly noted the election results, we are disappointed, we expected better results.” “This result is a new lesson to the Socialist Party” - he added in a press conference last night. One thing is sure: this result also affects the local elections next September. The Budapest results show that the Socialist Party has lost its leadership in the opposition of the capital, so Csaba Horváth certainly will not be the main mayoral candidate.

Power relations within the left-liberal Unity have thoroughly been changed since the MSZP lost the previous leading position, the previously dismembered Gyurcsany fragmented the left voters. The MSZP gained only 27 thousand votes over Democratic Coalition, while the latter has only 58 thousand votes less, than Together 2014-PM alliance.

LMP passing through the threshold (5.01%) may send one representative to Brussels meanwhile - again, this is the third time in the history of the party that it exceeded the 5% limit at the end. András Schiffer Co-Chair called heroic work done in the campaign, and the success is another important step in the party-building, adding: “We will work in order that the European policies should not be at the mercy of different economic lobby groups.”

However, from this moment MSZP cannot neglect the new left-wing parties with a “single wave” referring to the “narrow core”. It is no coincidence that Gyurcsany last night brought up the coming municipal election, stating. “If we want to replace the mayor in Budapest, or in the major cities we are to unite.” The Democratic Coalition has been the strongest party in Budapest and in several other towns and cities, so it can send two MEPs to the European Parliament.

It was not easy to beat the MSZP – Gabor Vona said, because in the election campaign Jobbik was strongly attacked. But he thinks the Jobbik cannot be crushed.

We have not been cracked up today, but the MSZP had been - he said. Jobbik has become challenging Fidesz, "we remained the last resort.” While the Fidesz helps the rich, the Jobbik is on the side of the fallen. Vona congratulated Jobbik’s MEPs: Krisztina Morvai, Zoltan Balczó and Béla Kovács as well.

We will be the first - Vona said. He promises hard work (for themselves), requested the EP representatives to do so and gave the word to Morvai. “I am proud and happy because I am Hungarian and I know that Hungary will never be made dictatorship again” she started. According to her, the press and the media are under total control. It turned out that the intelligence is under the direct management of the prosecution. According to Morvai the hundreds of thousands of voters showed that the fifties cannot be brought back in Hungary. Morvai thanked the victory also to the internet, saying: “I'm glad that it could not have been controlled.”

Results of EP elections in Hungary on 25 May 2014 announced by National Election Office (NVI):

Summary of the EP elections in Hungary

This article was originally written for and submitted to Sozialistische Zeitung (SoZ), published in Germany and will be published there after it has been translated into German. It is being published here with the kind permission of its author.