EU elections in the north: the victory of anti-immigration over anti-austerity 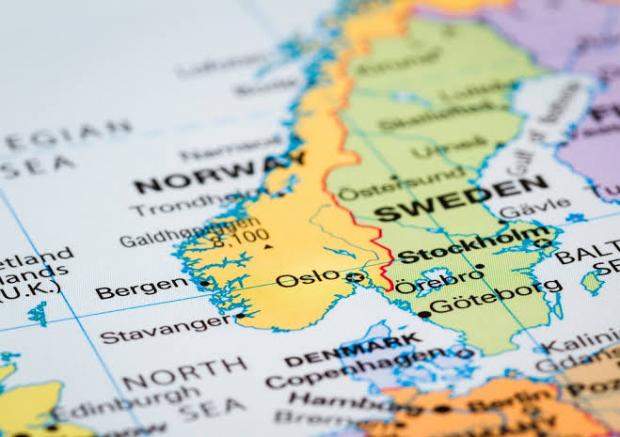 After five articles on the results of the European elections in Hungary, Romania, Greece, Italy, and France, we continue our series on the elections with an article on the Nordic countries (Sweden, Denmark, and Finland) by one of our associates in Finland, Muzaffer Ege Alper, working in collaboration with our comrades of the MTL (Marxist Workers' League) in that country.

Upon the announcement of the latest EU parliamentary election results, mainstream media all over Europe declared the victory of common sense against “populism”. The much-feared rise of nationalism did not occur, at least not enough to panic! Furthermore, voter turnout increased significantly for the first time in a long while. Does that not signify the increasing approval of EU! Yet is this also not the first time that the neoliberal “European People's Party (Christian Democrats) ” (EPP) and “Progressive Alliance of Socialists and Democrats” (S&D) groups failed to obtain a majority in the EU parliament? Let us leave the EU-wide analysis to the other articles at RedMed and focus on the northern nations: Denmark, Sweden, and Finland.

Sweden and Denmark behave very similarly in voter turnout rates: they seem to be among the most enthusiastic voters in all Europe, with turnout rates consistently way above the average in at least the last two decades. Finland stands out with significantly lower voter participation of around %40, compared to %55.3 of Sweden, %66 of Denmark and %51 of all EU. When one takes into account the high turnout in big cities, it becomes apparent that rural Finland could not be bothered with the EU. A consistent feature of the results in all three countries is that only a single "radical left” member of European parliament (MEP) is elected in each, whereas there are a total of six far-right eurosceptic MEPs. All of these MEPs are, however, in the mildest eurosceptic right-wing group of “European Conservatives and Reformists” (ECR), instead of the hardliner “Europe of Nations and Freedom” (ENF) or “Europe of Freedom and Direct Democracy” (EFDD). Finally, EPP and S&D still managed to barely hold a majority in Sweden. These results are often interpreted as a weakening of the EU establishment by the media.

This presentation is misleading, however, as the programs of the Greens and “the Alliance of Liberals and Democrats”, two groups on the rise, are also very clearly neoliberal; as such the voting results indicate a clear consensus, still, around the neoliberal EU project. This becomes all the more obvious upon observing the new soft-eurosceptic stance of the far-right, with the exception of the group lead by Britain’s Nigel Farage, a leading right-wing figure of the Brexit movement. Indeed, even the far-right Swedish Democrats recently changed their official position on EU from Swedish exit to reforming it into a “union of nations”. It is no coincidence that those exact same words were uttered by none other than Steve Bannon on various occasions throughout his Europe tour.

We should also point out that in the case of Denmark, the crucial national issue of possible independence of Greenland, an autonomous country in the Danish realm, is also reflected in the votes. The political landscape of Greenland is made up of two left wing parties, both of which are pro-independence. Furthermore, a non-binding referendum on independence resulted in an overwhelming support for independence. Other than benefitting from some EU deals, Greenland also receives an annual grant from Denmark; both of which are used as a leverage to disincentivize a possible declaration of independence.  Greenland already has a balanced trade relationship with EU countries, Russia and China; and in the case of possible independence, it is widely feared that the Chinese influence would grow even larger. It is therefore in the interest of the ruling classes in Denmark to continue being a part of a strong (handed) EU and NATO.

Stagnation of the radical left votes and the slow and steady growth of the far right is indicative of another phenomenon: the eurosceptic sentiment, the anger against neoliberal reforms and new flexible working laws are more and more subsumed by the far-right, mainly through its anti-immigrant rhetoric. This is most easily observed in the Danish elections, where the far right not only got relatively high votes but also managed to force its anti-immigrant and anti-muslim talking points into the mainstream parties. This increasing exposition of far-right ideas into the mainstream is clearly another source of legitimacy for them.

It would be interesting to compare left Euroscepticism vs the right and far-right; as one would assume a class-based anti-austerity, anti-EU program would have been effective against far-right identity politics around a pure Aryan race and “Judeo-Christian values”. Yet unfortunately, the most radical leftist stance represented in the EU parliament is that of a vague “remain and reform” and full-integration. Looking at the election data from the last two decades, the prospects of the “left” reforming EU with an extremely erratic program and no power other than good intentions do not seem to create much enthusiasm. Is it really any wonder that the far-right is consistently on the rise, even if not as fast as anticipated, yet the radical left votes are stagnant? Is it surprising that “radical left” is associated with pro-immigration, pro-refugee, pro-LGBT causes yet strong criticism of EU is associated with the far-right? It is impossible to overstate the danger of this common association, especially in the northern countries. If the strongest rhetoric of the “radical left” is to be a “bulwark against neo-fascism”, Europe is doomed. All these “good person” politics of the affluent urban working class aristocrats, all these talks of “harmony”, “intersectionalism”, “gender non-conformity”, completely cut-off from the lives of the proletariat, in an age where the European masses are slowly but surely getting angrier, only ends up playing into the hands of a rising far-right. While there’s time, let us hope that all this effort wasted on identity politics takfirism by the socialist left can somehow be diverted back to getting into touch with working classes.

That you are a good man.

You cannot be bought, but the lightning

Which strikes the house, also

You hold to what you said.

But what did you say?

You are honest, you say your opinion.

You do not consider your personal advantages.

Whose advantages do you consider then?

You are a good friend.

Are you also a good friend of the good people?

Hear us then: we know

You are our enemy.

This is why we shall

Now put you in front of a wall.

But in consideration of your merits and good qualities

With a good bullet from a good gun and bury you

With a good shovel in the good earth.