DIP opinion on the anti-Semitism voting in Argentina: For the revival of the Bolshevik methods of work in the revolutionary party! 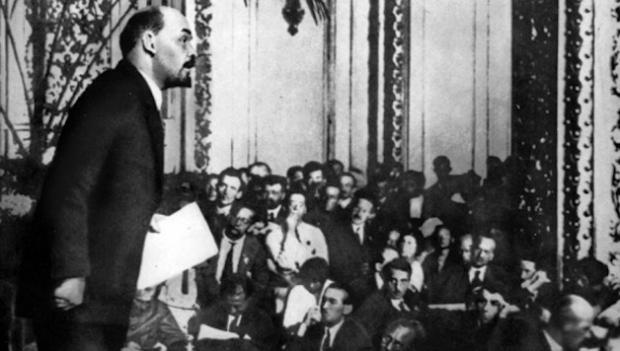 The experience of the error made by the deputies of the FIT in the parliament of the city of Buenos Aires (CABA) during the voting of the IHRA definition of anti-Semitism, identifying any criticism of the Zionist state of Israel with anti-Semitism, and the subsequent “rectification” (or correction) issued is of great importance in teaching all Marxists lessons in how to conduct and how not to conduct revolutionary politics in the concrete world as it exists.

1. The deputies of the FIT in general and of the PO in particular made a terrible mistake by voting for a motion that was prepared by one of the most reactionary organisations in the world. Even if corrected later, this vote created disorientation and confusion within the Argentinian and international left when it was first reported. It sowed confusion in an area which is essential to the political work of internationalist revolutionaries everywhere but especially for those of us struggling in the Middle East. Many news reports leave indelible marks. Not everyone follows the sequel to the news they hear. Some may even wilfully continue to slander even after the evidence has come to light. Voting for a motion that includes a definition of anti-Semitism without examining the background is an inadmissible mistake for revolutionaries.

2. Subsequent developments have shown that the vote cast by the FIT deputies was contrary to their political orientation and beliefs and they retracted that vote through a document called “Rectification”, asking the secretariat of CABA to register their vote accordingly. To insist, after the fact, that the FIT deputies have “capitulated” to Zionism and “betrayed” the Palestinian people is to deny the facts. No left-wing party has ever retracted its act of betrayal, nor does it make sense to think that the FIT deputies really meant to vote for the real content of the motion, but then retreated because of the pressure. To think this way puts them in the position of imbeciles, not traitors to the cause, since it implies that they did not know while they were betraying that they would be severely and ferociously reprimanded for that! This view of things is simply untenable.

3. However, this “error” cannot be explained away by taking refuge behind the anti-democratic methods of work of the parliament (no time to examine the motions, omnibus voting, no possibility to take the floor etc.) This is what the document called “Rectification” does. This does not hold water. The bourgeois parliament is enemy territory. Revolutionary Marxists know this, or should know it, when they enter this very central institution of capitalist rule. Hence they must be constantly vigilant regarding ambushes and unannounced raids etc. The FIT deputies have, on this occasion, made an inadmissible error. This is something that the parties in question need to look into very carefully.

4. This undeniable fact points to a political and an organisational defect in these parties. Politically, it indicates an erosion of the awareness that the bourgeois parliament is a war theatre for proletarian revolutionaries. It thus points to an adaptation to the routine of parliamentary work. This is where soul searching has to be effected and another “rectification”, even more radical than the first has to be carried out.

5. Organisationally, the fact that both parties contented themselves with a correction of the error by the self-same deputies who had committed this inadmissible mistake is testimony to what is in all probability a long-term erosion in their understanding of what Bolshevik methods of work are. The Communist International, whose first four Congresses are explicitly sources of programmatic and organisational allegiance for revolutionary Marxists, is clear on the method proletarian revolutionaries use in approaching work in the bourgeois parliament. Among the “Conditions for Admission to the Communist International”, Paragraph 11 is clearly on this question. And the concrete form this needs to take and the concrete method to be used are formulated in the resolution “The Communist Party and Parliament”, adopted in the same Second Congress of the Comintern: “The Central Committee of the Communist Party must be responsible for the work of the Communist Parliamentary Fraction” (Section 3, Paragraph 1 of the resolution in question, our emphasis). This once again shows the value of the 21 Conditions, which DIP has time and again recommended in the bosom of our international movement, pointing out that so-called Trotskyism is full of currents that pay no attention to what the 21 Conditions stand for in their spirit. This incident has proved how correct we were in our admonitions.

6. This incident has also shown that rash judgments without due examination of the concrete development of events are never a good guide to sound revolutionary politics. An all-rounded scrutiny of the concrete unfolding of the question at hand is necessary and should not be replaced by hasty judgments based on prejudices. The DIP approached the question by examining each and every detail and every twist and turn until it reached its realistic assessment of the situation. That is why it did not have to retract the views it put forth in the heat of the events. This is the Marxist method.

These are the lessons to be learnt from the terrible error committed by the FIT deputies and their subsequent correction of that error. We need to learn from this unfortunate incident. Turkish has an apt saying for such situations: “One scourge is worth more than a thousand counsels.” If only, of course, one is ready to learn from that scourge! Unfortunately, despite all the calamities suffered in recent years, a variety of movements that claim to subscribe to the heritage of the Fourth International are adamant in not learning. We optimistically expect that this will not be the case this time.

Post script: Jorge Altamira in a short piece accuses us of covering up for the PO from Istanbul. That is because he imagines we have nothing to say about the previous events, the first vote and then the rectification. It is really unbecoming of someone of the revolutionary experience of Altamira to thus conflate the struggle against an enemy of the people, the Zionists of the OSA, on the one hand, and our criticism towards fellow Marxist parties, on the other. For us the struggle against the enemy takes precedence. We first express our solidarity to working class parties under attack from a mighty enemy. As for our critique of fellow Marxists, on the same day that Altamira posted his piece on the web site, we had already sent a letter of criticism to the PO because that party, as opposed to the PTS, has been a close collaborator of ours in the fight to re-found the Fourth International. Finally, the document published here was written on the 15th and was being prepared for publication. As we were going to press, we came across this totally invalid critique levelled against our party by him. Another lesson to be learnt for Marxists who reach rash conclusions.