On defeat and victory in the war in Ukraine 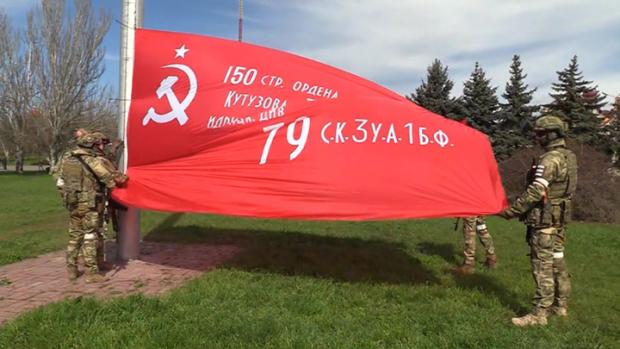 Only imperialist capital can and should be defeated in the war in Ukraine, generated by the objective and subjective contradictions of the world capitalist system, prepared and provoked by NATO led by the United States – no matter what national and supranational camouflage uniform it wears and under whatever national and supranational flags it participate in this war. The only collective and united winner in this war can and should be the working people of Ukraine and Russia, all former republics of the Soviet Union and former socialist countries of Europe, all capitalist countries of the world. The only way to achieve such a victory is to turn this war of capital against workers into a war of workers against capital, a "special operation for the demilitarization and denazification of Ukraine" into a "special operation for the re–Sovietization and re-socialization of Ukraine and Russia."

As emphasized in the Statements of the Soviet Union Association "On the tragedy of the peoples of Ukraine and Russia and their socialist tomorrow!" dated March 5, 2022 and "Our common socialist future is possible and necessary" dated March 15, 2022 only in this way – through the creation of all necessary and sufficient political, economic, ideological and cultural prerequisites for the mandatory phased implementation of a realistic and exhaustive program of cardinal reforms for the transformation of Ukraine, Russia and Belarus, other former republics of the USSR into truly social states, and the re-creation of Soviet socialism and the USSR in the future, the ongoing war can and should be completed not in the interests of national and global capitalists, but in the interests of the working people! In all territories liberated from the reactionary nationalist regime, it is necessary and possible to replace the power of capital with the power of workers. Let us repeat once again, realistically assessing the situation, that the new socialist future of Ukraine, as well as the movement towards it, is necessary and possible, but not guaranteed. Of course, this is a difficult, complicated and long way, but it can be successfully completed if:

- having overcome doubts and fears, workers and their political parties and organizations in Ukraine themselves will immediately begin to create new authorities and take the means of production at their disposal;

- workers in Russia and their political parties and organizations will provide them with much-needed and maximum possible assistance, will categorically oppose any attempts by the Russian ruling class or any part of it to conclude a separate obscene peace in their interests and will stop these attempts, as well as attempts to appropriate any industrial enterprises, information, transport facilities and energy infrastructure in Ukraine, attempts to prevent the working people of Ukraine from creating their own political and economic power, finally, by making public in Ukraine and in Russia their program of denazification and re-Sovietization of Ukraine, will force the ruling class of Russia to fulfill this program;

- the workers of other countries, their parties and other public organizations, especially the workers of NATO countries, will show solidarity, resolutely and energetically oppose any destructive actions of their capitalist ruling classes, especially attempts at military intervention by NATO, and will do everything possible to support the re-Sovietization of Ukraine and Russia.

Red banner over the whole Ukraine!

Red banner over the whole of Russia!

Red banner over the whole world!