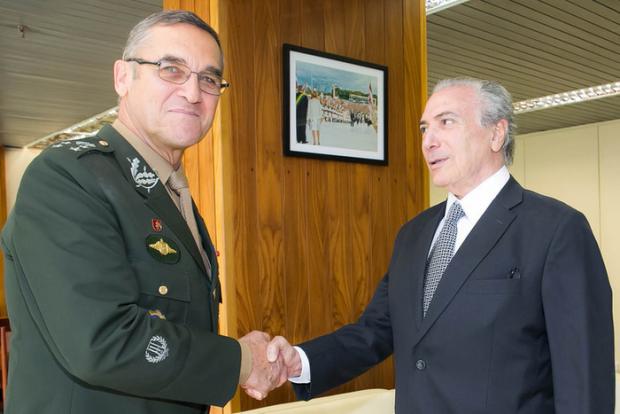 On Wednesday morning, General Vilas Boa, commander-in-chief of the Brazilian Army, ordered the Supreme Court of Justice to imprison former President Lula under the pretext of eradicating "impunity." It is the culmination of a wave of pronouncements by retired military officers making the same demand. It takes place when the army has taken over the militarization of Rio de Janeiro. This clear-cut coup took place when it became evident that the Supreme Court was divided over imprisoning Lula immediately or allowing him to freely attend the last appeal of a ruling that sentenced him to 12 years in prison. The division within the Supreme Court, which finally voted 6 to 5 against Lula, expresses the political crisis unleashed by the execution of the sentence. The goal is to prevent Lula from presenting himself as a presidential candidate next October.

In a country ruled by corrupt leaders, all the way from President Temer and Congressmen to the very last governor, the immediate imprisonment of Lula in order to veto his candidacy, by military demand, constitutes a proper coup d’etat. Fascist bands have taken to the streets with violence, to support the military coup. The coup’s extortion of the Court and the implicit threat of repressing all popular protests against the imprisonment, turns the fraudulent political regime in Brazil into a military protectorate.

All this reveals that the so-called "parliamentary coup" or "institutional coup" that took place in June 2016 was a military coup with the complicity of all the institutions of the Brazilian State and the support of the "international community", that is, of US imperialism, the EU and Latin American 'democracies'.

We call for a continental mobilization against this new coup in Brazil, regardless of the fact that Lula and the PT governments are responsible for the corruption of 'petrolao', 'mensalao' and of the huge deals of Odebrecht, Andrade Gutierrez, Correia Camargo, Eike Batista and of the Brazilian and international bourgeoisie as a whole. The corrupt Temer and his party have steadily co-governed with the PT over the past 13 years. The PT did not call for a popular mobilization to defeat the destitution of Dilma Roussef.

The military coup in Brazil occurs at the same time that Trump militarizes the border with Mexico, and prepares an oil embargo against Venezuela aimed at making a military coup or a foreign intervention viable. The world capitalist crisis and the economic and military wars undermine Latin American political regimes and severely threaten the working masses. The politics of leaders such as Lula, the Kirchners, Correa and Chávez-Maduro, is directly responsible for the rise of the rightwing and the politics of coups.

We call to fight the coups, the rightwing and imperialism, not to favor a return to the bosses’ 'natinalist and popuar' regimes, responsible for this setback, but to promote a revolutionary way out for workers and the Socialist Unity of Latin America.