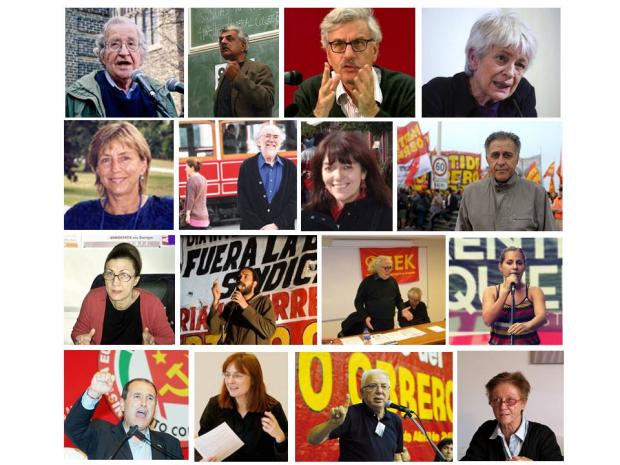 The President of the Republic of Turkey, Recep Tayyip Erdoğan, has attacked a petition signed by over 1,200 academics criticising the ongoing police and military operations in many Kurdish towns ordered by the government. Among many things he also said he would like foreign academics to come to Turkey and see for themselves what was really happening. He specifically referred to Professor Noam Chomsky, renowned linguist and social critic, among those he wished to be invited for this purpose. This is what he said:

“I leave aside those who have signed the so-called academics’ petition. I invite foreign academics to Turkey. It will not do to sign a petition only. Come and see what is happening in the east and the southeast; we are ready to explain. Is it a violation of the law or is it the usurpation of the rights of the citizens by the terrorist organisation? Let them come and see. For instance, let the US ambassador invite Chomsky so that he receives a truthful report rather than the information provided by employees of the fifth column.”

It turns out that Professor Chomsky had signed another petition, this one circulated internationally, condemning the policies of the Turkish government vis-a-vis ISIS and regarding the Kurdish question, in particular the police and military operations that the other domestic petition also criticised. Chomsky had signed that petition before Erdoğan’s invitation, but the petition was made public after that invitation was extended to him. A strange coincidence thus led to an unintended duel of words between the Turkish president of the republic and the renowned linguist.

We present below the text of the petition signed by Chomsky and many other eminent academics, public intellectuals and political leaders from around the world and the full list of those who signed.

Stop repressing and killing the Kurds!

The Turkish government is pursuing a criminal policy in the Kurdish region of the country, in Syria and in the Middle East at large.

Despite pretensions to the contrary, all evidence suggests that it continues to aid and abet the murderous warlords of ISIS by permitting ISIS oil to be marketed via Turkey, allowing its own territory as a transit route for militants from all over the world to join the ranks of the organisation, providing safe haven and medical care when necessary to ISIS combatants, and supplying weapons to ISIS and an assortment of other sectarian-takfiri groups. If true, all this adds up to complicity with a political movement that poses a threat to the future of the peoples of the Middle East or, even, of the world at large.

Turkey is also conducting a vicious campaign of repression against its own Kurds whereas only until spring 2015 it was engaged in a process of negotiations with the multi-pronged Kurdish movement of that country. Since late July, many Kurdish cities have been under the siege of the Special Forces of the police and, lately, of tens of thousands of army troops, which, under conditions of the imposition of a round-the-clock curfew lasting a week, ten days or even longer each time, accompanied by power cuts and cessation of all communications possibilities, attack densely populated neighbourhoods, carry out search operations from house to house, and kill civilians ranging from infants to the elderly as well as some very young militants who have dug trenches in order to defend these neighbourhoods. Reports suggest that the situation is already tragic, with scores of casualties since the beginning of a new and stepped up campaign only several days ago. At this rate and given that there is even talk of this round of repressive action lasting up to one month, the figure of casualties may reach into the thousands.

All this needs to come to an end. The Turkish government is playing with fire. Its policies of aiding and abetting ISIS and of denial of the elementary rights of the Kurdish people not only on its own territory but also in so-called Rojava, i.e. Syrian Kurdistan, are unacceptable. There is ample evidence pointing to Turkish assistance under different forms to ISIS, ranging from satellite picture supported evidence provided  by the Defence Ministry of the Russian Federation to repeated warnings and affirmations by different spokespersons of the US Administration although Turkey is a major ally and fellow NATO member.

We call on the Turkish government to stop all assistance to the murderous band called ISIS and to cease repressing and massacring its Kurdish citizens.

We recommend that an independent international commission of inquiry composed of noted intellectuals, jurists, and defenders of democratic rights be set up in order to investigate the allegations regarding the practice of the Turkish government in these areas.

Yannis Aggelis, elected member of the leadership of the  Union of Journalists (ESHEA), Athens , Greece

Sotiris Papadimitriou, member of the leadership of the Union of  Workers in Alliminum HELLAS, Aspra Spitia, Greece.

Maria Benetou, member of the Popular Assembly of Aghia Pareaskevi-Athens

Kostas Papadakis, lawyer, former member of the Executive Committee of the  Lawyers Association of Athens (DSA)

Konstantina Gouliou, Chairperson of the Diagoras Union of  disabled persons.