Appeal to the German socialist and working class movement 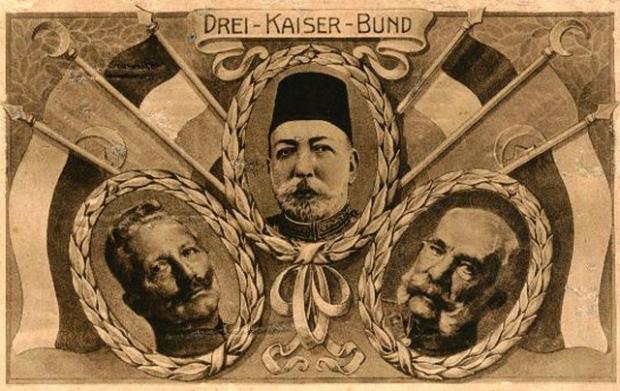 The following appeal was sent to scores of German left-wing organizations on the occasion of the centenary of the Armenian genocide.

Press the German government to officially recognise the Armenian genocide!

This year is the centenary of the deportation and massacre to which the Armenians of the Anatolian plateau were subjected by the Ottoman government under the Committee of Union and Progress. We as the Revolutionary Workers’ Party (DIP) declare that these events amount to genocide and that governments that purport to represent the people of Turkey should recognise this act of genocide and do whatever is necessary and possible to redeem and redress the harm thus done to the Armenian people.

The question of the recognition of the genocide cannot be resolved by the ill-conceived pressures of the state organs of some imperialist countries and is positively harmed by such irresponsible theatrics such as that of the Pope in early April, conspicuous for its lack of modesty coming from the head of an institution wholly immersed in the Holocaust. However, there is one state that can really make a difference: Germany.

Germany was the ally and protector of the Ottoman state during World War I. The commanders of the Ottoman-Turkish army were German field marshals, generals and admirals. It is absolutely impossible for the genocide to have taken place without German consent, even positive encouragement. The German Kaiser and the Reich were already responsible for the genocide of the Herrero people in what was then called German Southwest Africa, what is present-day Namibia. Hence, there is no reason to rule out even a scenario in which Germany may have instigated the ruling Union and Progress Committee and its strong man Enver Pasha to implement this “final solution” to the Armenian question. Enver Pasha was a personal protégé of Kaiser Wilhelm II. The latter is notorious for his secretive and personalised management of foreign and military affairs. The Kaiser’s government expected the Ottomans to threaten both Russia and Britain in their Asian backyards by propagating a simultaneously pan-Turkist and pan-Islamist political onslaught. The Armenians stood in between the Ottomans and the Muslim and Turkic peoples of Asia. Hence, in an objective sense, the Armenian genocide served the wartime aims of German imperialism.

Of course, all this does not necessarily mean the German government was involved as an accomplice in the genocide. However, it is only through a study of the archives, including top secret documents, that the truth of this matter can be discovered.German state archives are bound to prove to be a potential treasure trove of documents conclusively proving premeditated genocide. Already the limited amount of German documents disclosed shed considerable light on what happened in Turkey around that time.

It is noteworthy that although many European governments and parliaments (including France, Belgium, Italy, Greece, Switzerland, the Netherlands, Sweden etc. and the European Parliament recently for a second time) have recognised the 1915 events as genocide and called on Turkey to do likewise, Germany has remained very much in the shadows on this question. This fact glares with significance.

We strongly call on the German socialist and working class movements and German democrats to press for the complete opening of German archives relevant to that historical period. We summon them to press the German government to recognise and condemn the Armenian genocide. This year, at long last, the German parliament has a draft to discuss on this question. There are contradictory signals from the government with respect to the use of term “genocide”. However, even the fact that here has been such an initiative shows the difficulty in which the German state finds itself. So pressure may bear fruit. However, pure denunciation without the opening of archives to the last will not suffice.

If the German government recognises the Armenian genocide, with documents in hand, the Turkey-Armenia polarisation will be cast in a new light and the obscurantism of the “Turkish thesis” will receive a fatal blow. This is the only way to fraternity and trust between the peoples of the region.