Against Balfour, for a secular, democratic, socialist Palestine!

by The 4rd Euro-Mediterranean Conference
June 22, 2017 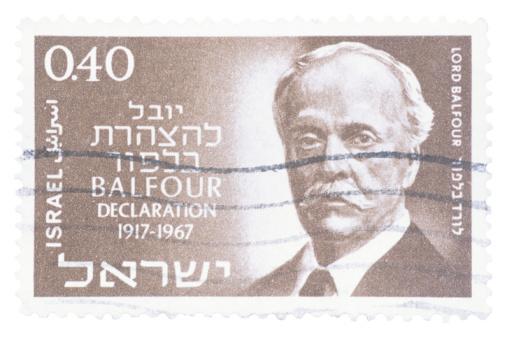 The 4th Emergency Euro-Mediterranean Conference adopted a declaration on the Palestinian question on this centenary of the Balfour Declaration, a document of the British imperialist state promising the Zionist movement a “Jewish home” on Palestinian territory.

It’s been one hundred years since the imperialists and Zionists laid their dirty hands on Palestine. The Balfour Declaration of British imperialism, giving a promise for a help to the Zionists in order for them to settle and invade Palestine, was given to Zionist banker Lionel Rotschild on the 2nd of November, 1917. It was the same British imperialism who after the war invaded Palestine and paved the way for the formation of a Zionist entity while implementing a mandate there. US, France and Italy, abetted British imperialism by supporting the declaration later on.

In 1948, the Zionists declared their “state” by invading larger parts of Palestine. They displaced approximately 750.000 people from their lands, killed thousands of people, including women and children. The tumor-like Israel “state” grew larger in time by occupying new lands, larger parts of what’s left from Palestine, Golan Heights of Syria, even invading south Lebanon and the Sinai Desert of Egypt for a period of time. Palestine people are living under the oppression of the illegitimate, racist, religious fundementalist, apartheid “state” of Israel since then.

Both the Balfour Declaration and the formation of the Zionist entity meant insults to the peoples of the so-called Middle East, onslaughts to the Palestinian people, ceaseless sorrows for the people who displaced from their homeland.

All these are even indirect, but clear consequences of the Balfour Declaration. But, not only imperialists have “promises” or “declarations”! On the anniversary of this cursed declaration, we declare that:

We will keep on fighting against Israel.

We will keep on trying to do our best to support the Palestinian cause, by any means necessary, including the right for the Palestinian people to return to their fatherland which is indispensable!

We will keep on unmasking the so-called “friends” of Palestine, like the Erdogan regime of Turkey, which actually stands by the Zionist entity!

The Palestine problem, is an open example for the failure of political strategies depending on collaborations with imperialism (or nowadays, with Zionism). Neither SherifHussain bin Ali nor Abu Mazen could give Palestinians more than being a colony! So, we will keep on unmasking any attempt that will substitute the one state solution with a daydream of “negotiations” and “living together with Israel”

We will also keep on supporting all the forces which have a perspective of a real freedom for Palestine, first and foremost, the Boycott, Divestment and Sanctions (BDS) movement and the International Solidarity Movement (ISM).

We will keep on fighting for a secular, democratic, socialist state on the historic territory of Palestine, a member of the Socialist Federation of the Middle East.

We also declare our solidarity with the Palestinian hunger strikers, held captive in the prisons of Israel. They will win! Zionists will lose!

From the river to the sea, Palestine shall be free!